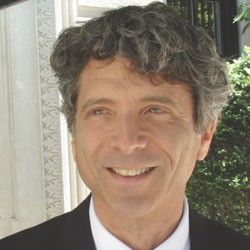 How often do you find the words “classical music” and “mental health” in the same sentence? Well, maybe they pop up in a discussion about Mozart, who some believe had a personality disorder. They definitely appear in a recent press release for ME2/orchestra. That’s the name of a unique group launching later this month in Burlington, and its stated purpose — aside from playing music — is “to serve individuals with mental health issues and the people who support them.”

The ensemble’s music director and conductor is Ronald Braunstein, whose own struggles with bipolar disorder were at the root of alleged behaviors that got him fired from his position as music director of the Vermont Youth Orchestra last fall. Braunstein had previously conducted orchestras around the world, as well as at the Juilliard School, and was awarded a gold medal in an international competition in 1979. ME2’s executive director is Caroline Whiddon, who formerly served the same role at the VYO Association and is now a consultant to youth music organizations. In the press release, she acknowledges that she has a “history of depression and general anxiety disorder.”

In a phone interview, Whiddon elaborates on the motivation behind ME2. “It was completely Ronald’s idea; he really wanted to get in front of an orchestra,” she says. “Why not with people who have something in common with him?”

Whiddon admits she was skeptical at first. Could such an ensemble really make lemonade from lemons, whose sour taste lingers in the form of Braunstein’s lawsuit against the VYOA for his dismissal? (“There hasn’t been any resolution; they haven’t been able to reach a settlement,” Whiddon reports.) But then, she says, she thought of similar musical precedents. “Gay choruses — people with something in common who get together to make music,” Whiddon notes. “My dad was even in a group of men who survived prostate cancer. Why can’t we have a group that gets together that shares something — not only that they struggle with mental health issues but also [that they] love music?”

She points out that ME2 is “reaching out to the entire community — from ADHD to bulimia to addiction” — and is open to musicians who do not have a mental illness but may be affected by one. “We saw that with Ronald’s dismissal from the VYO,” says Whiddon. “So many kids and families were confused and hurt about what happened.”

As she talked to others about the concept for the new orchestra, Whiddon says she found widespread support among friends, colleagues and strangers alike. In fact, she says a common response inspired the ensemble’s name: “me, too.” That is, people would tell her, “‘Oh, I have bipolar, too,’ or ‘My mother has this,’ or ‘My cousin has that’ … It’s really all about acknowledging that these disorders exist, and you don’t have to struggle alone,” Whiddon says. “People are coming out of the woodwork to say, ‘I’m interested in being a part of this.’ People I never would have known who had an ‘illness.’”

So, how will performing in an orchestra with this focus help? “It’s just nice to be in the same room with people who have the same issue — a place that’s caring and warm,” Whiddon suggests. “I’m hoping it will be cathartic. We all have different needs. We’ll create an environment where that’s OK.”

The plan for now is that ME2 will play weekly at Burlington’s North End Studios. Though Whiddon says she’d “like to see Ronald on the podium more than one night a week,” they haven’t talked about public concerts yet. “We want people in the orchestra to have a voice in the goals of the group,” she says. Whiddon is applying for nonprofit status for ME2.

Meanwhile, Braunstein has been “painting a lot,” she says. Later this fall, he will exhibit a new series of paintings at the WalkOver Gallery in Bristol. Alongside Braunstein’s pieces will be a few by his mother, an artist who also had bipolar disorder. Whiddon describes his work as “very physical. Abstract and physical.” Now, that sounds cathartic.

ME2/orchestra will rehearse on Wednesday evenings, beginning September 28, at 7:30 p.m. at the North End Studios in Burlington. Interested musicians can register at me2orchestra.org.