A New Café for Norwich 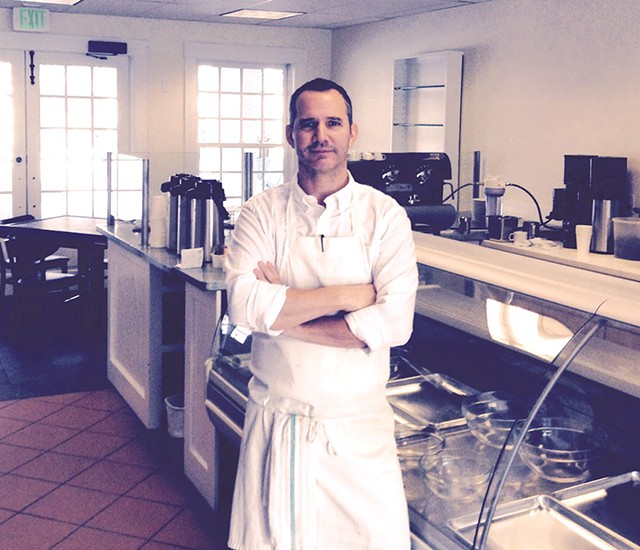 Norwich Square Café opened on January 11 and has been serving locals breakfast and lunch Monday through Friday, courtesy of co-owners Brent and Fausta Gosselin, and Brent's mother, Priscilla Gosselin.

Brent Gosselin returns to the Windsor County area from Rome, where until recently he had been living with Fausta, who hails from the region of Puglia, or, as Gosselin calls it, "the heel of the boot." The two were visiting family in Vermont when they noticed a space for rent in the complex of buildings that also includes the Norwich Bookstore and the post office. After a short phone call with the landlord, Gosselin decided to open a restaurant.

"My family has owned a café before," he says (Priscilla formerly co-owned the Bean Gallery café in Lebanon, N.H.), "and I thought, Well, why not? It seems like as good a time as any."

At Norwich Square, breakfast muffins and croissants — regular and chocolate — are made by hand. For lunch, the emphasis is on bistro-style soups, salads and panini. Gosselin says the most popular panini right now are the Mediterranean, with roasted red peppers, marinated artichoke hearts and mozzarella smoked in-house; and the Apple Orchard, with Brie, turkey, honey mustard and Granny Smith apples. The menu will change seasonally, he notes.

Gosselin attended the New England Culinary Institute. Though he didn't graduate, he received a sommelier certificate while living in New York City, where he worked in various restaurants. Now he's excited to run his own. "The reception from the community has been wonderful," Gosselin says.