A Missed Deadline Sets Off a Senate Scramble in the NEK 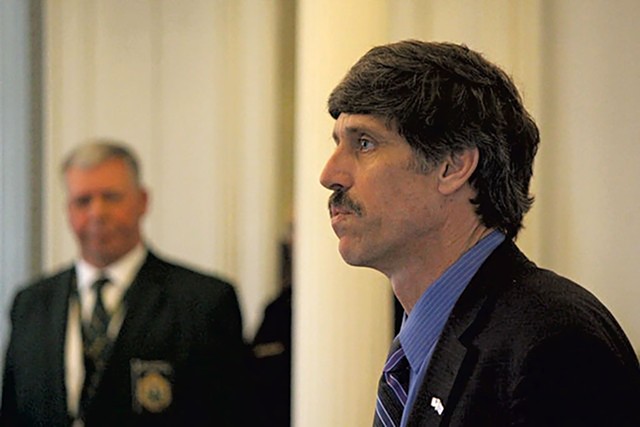 Just a few months ago, Sen. John Rodgers (D-Essex/Orleans), a hemp farmer and mason, had a seat that appeared safe as the 2020 election loomed. But after missing a filing deadline for the Democratic primary, he's been forced to run as an independent — upending a race to represent this conservative-leaning Northeast Kingdom district.

Republicans and Democratic rivals alike are using Rodgers' recent missteps, including his decision to skip some legislative work in late spring, to make the case to voters that the leadership in the rural district he's represented since 2013 needs to change.

Russ Ingalls, a first-time candidate and Newport real estate agent who was the top vote-getter in the Republican primary, said Rodgers' decision to run as an independent was an "odd twist" that benefits challengers such as him.

"I think it shakes up the race a lot," Ingalls said. 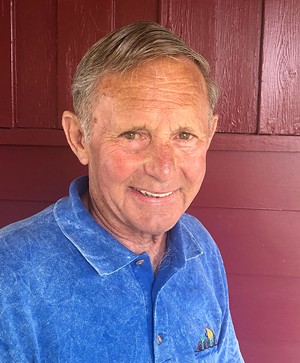 The fallout is a five-way general election contest for the two Senate seats, one that "mixes up the whole system," said Sen. Bobby Starr (D-Essex/Orleans), who is widely viewed as having a lock on one of the seats. "So now, people go to vote for two, and there's five there — God only knows how it's going to go," Starr said.

The top vote-getter in the Democratic primary with 2,835 votes, Starr has served in the Senate since 2004 and chairs the Senate Agriculture Committee. He represented the Troy area in the House for 26 years before that.

Starr says he's not taking anything for granted, especially given the strong turnout expected in November and the fact that a majority of Essex County voters cast their ballots for Donald Trump in 2016.

The other Democrat on the ticket is retired airline manager and Jay resident Ron Horton, who ran unsuccessfully for the seat in 2016 and 2018. Horton received 2,237 votes on August 11, far more than in his previous races

"I think it shakes up the race a lot." Russ Ingalls tweet this

Rodgers said he overlooked the deadline while he was working full tilt on his hemp and masonry businesses. He said he's also been distracted by the impacts of COVID-19 travel restrictions on a bed-and-breakfast he and his wife purchased last year.

"My business plan has been turned on its head, and I'm running seven days a week trying to keep my head above water," Rodgers said.

The incumbent received a paltry 171 write-ins on the Democratic line but said he didn't campaign much.

"I think I may actually do better as an independent," Rodgers said. "This is a very conservative area."

Though he's a Democrat, he's held conservative views that appeal to many constituents, especially his staunch opposition to gun-control measures. Rodgers was so upset after Republican Gov. Phil Scott signed reform legislation in 2018 that he ran a write-in campaign for governor that year.

Rodgers exudes confidence, but his rivals sense vulnerability. Ingalls believes having two Democrats and an independent who served as a Democrat on the ballot could dilute support among them and improve his own prospects. 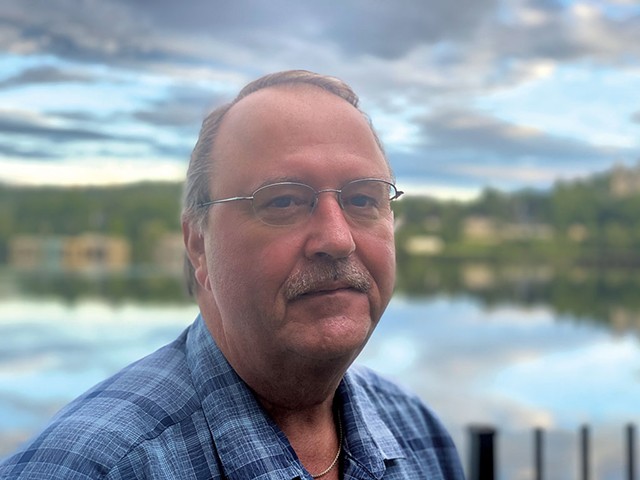 Those race dynamics aside, Ingalls thinks he's a strong contender. Before he was a real estate agent, he worked for his family's dairy equipment company. As the number of dairies dwindled, so did his family's business. He now worries that, without bold action by the state to stem their decline, Vermont's dairies will disappear.

He envisions a fee on dairy products sold in the state, generating revenue to go directly to farmers who for years haven't received the milk prices they need to survive.

"We've been fighting this battle for 50 years," Ingalls said. "It's time to take control away from the people who've been keeping the farmers down."

While Ingalls counts Rodgers as a friend, Horton said Rodgers "doesn't like me much." Horton intends to make Rodgers' recent stumbles, in particular missing his filing deadline and some legislative committee work earlier this session, a focus of the campaign.

"If the man is that overextended, he doesn't leave much room for the general populace," Horton said.

He also noted that Rodgers was sharply reprimanded by Senate leadership recently for using a derogatory phrase to refer to his colleagues.

Rodgers took offense at comments Sen. Chris Bray (D-Addison) made in June about Rodgers' absence from meetings of the Natural Resources and Energy Committee as it considered changes to Act 250. Rodgers lives in Glover, in Orleans County, and said his work schedule and internet access issues prevented him from participating during the pandemic. He further charged that the process lacked transparency.

In response, Rodgers outlined in a defiant email his long workday and challenged "any snippy little bitch" to walk in his shoes — which some interpreted as a dig at Campion, who is gay. Rodgers denied that the phrase was homophobic or aimed at any particular colleague, but he apologized.

Rodgers said he was wrong to use the phrase. But he stood by his concern that the proposed legislative changes to Act 250 would have disproportionately affected rural areas such as his, yet were being pushed through during the pandemic without a full and fair hearing.

"I deal with people's arrogance and microaggressions all the time in there, and once in a while, you've gotta push back a little," he said. 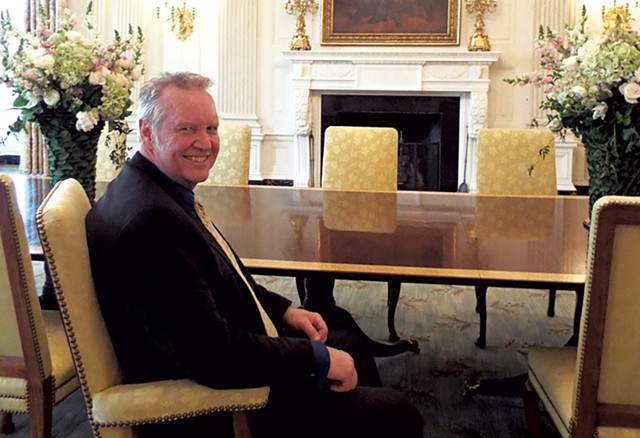 "As far as I'm concerned, that's right out of the current Republican playbook — you don't like someone, insult the heck out of him," Horton said. "That's not the way to present yourself if you want to be a public servant."

Rodgers said he was surprised to see how many votes Horton received in the primary, but he doubted his rival's proposals would carry broad appeal in the general election.

"If anyone knows him and has listened to him, he's really got what I think are communist ideas," Rodgers said.

He was referring to Horton's calls for Vermont to establish a network of state-run vehicle maintenance garages and even a state-owned airline, which Rodgers mocked as absurd.

"Airlines are doing so good. I'm sure that would really take care of all our money problems, to start a state-run airline," he said sarcastically.

Horton said he stands by those ideas. For Rodgers to label him a communist is "the sort of Republican talking point on anything that people don't understand."

As a retired Delta airline employee, Horton said he believes a modest fleet of turboprop planes serving the rural areas of the state could help solve some of the transportation challenges limiting economic development there.

Further, state-operated garages could enable people to pay for work on their vehicles on a sliding scale or use the spaces to make their own repairs. The current system forces owners of vehicles that fail inspection to pay to bring them up to standards that don't improve highway safety, he said.

If Horton represents a challenge from the left, Morin comes from the opposite political pole. 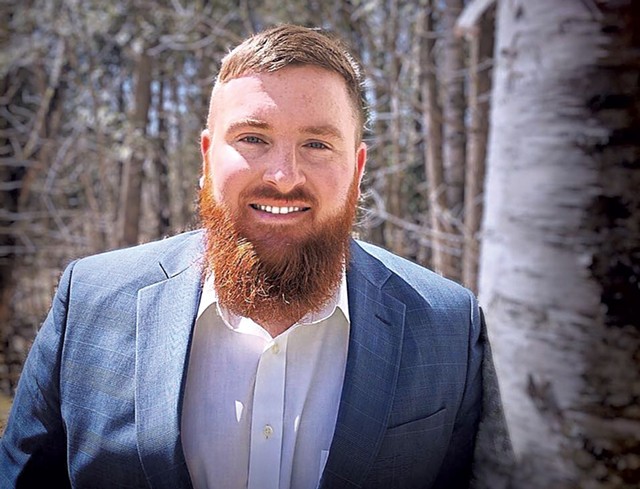 A housing coordinator for a nonprofit who has applied to be a Newport police officer, Morin said he and others appreciate Rodgers' commitment to gun rights. But Morin jumped into the race because he worried that Rodgers' failure to get on the primary ballot could mean that Horton, who favors gun restrictions such as a waiting period for purchases, might enjoy an easier path to election.

"Some people are concerned about Rodgers and some of the stuff that has transpired and how he wasn't on the ball enough to get his name in there," Morin said.

The prospect of Republicans gaining ground in a year of such Democratic activism nationally may seem far-fetched to some. But not to Vince Illuzzi, a Republican who served in the seat for 32 years before Rodgers.

He cautioned against reading too much into primary results as predictors of the general election. But he said Starr has deep ties to an industry that remains influential in the region and is likely to be the top vote-getter again, leaving the real race for second place.

"My analysis is that Russ [Ingalls] did so well in the Republican primary that he stands a very good chance of picking up one of the two seats," Illuzzi said.

He said Ingalls is well known and liked, and that matters in the Northeast Kingdom. "Party doesn't mean as much in this area as it does in Chittenden County," Illuzzi said.

Asked whether he is concerned about a Republican challenge this year, Rodgers said that strength in the primary doesn't necessarily translate into success in the general election.

He noted that Senate candidate Marcia Horne received more votes in the 2016 Republican primary than either he or Starr did in their Democratic primary, but the Dems still cruised to wide victories over her and another Republican in the general election.

Nevertheless, he said he's not making any assumptions.