A Lyrically Inspired Not-Quite-Interview with Tricky 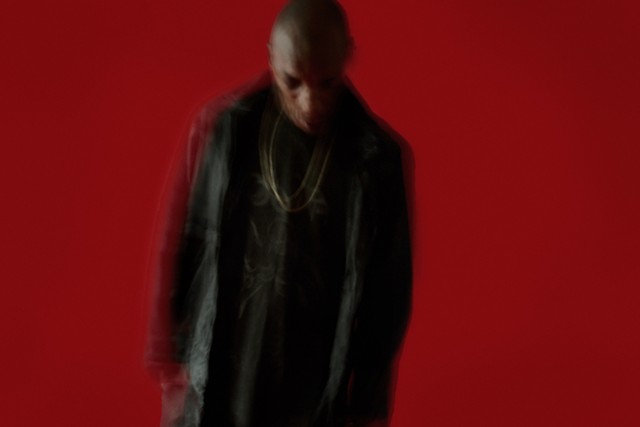 When I heard Tricky was coming to perform in Vermont, I dropped what I was doing and texted one of my best friends from high school. We were huge fans of the trip-hop pioneer during our formative years and spent many nights bonding over the British rapper's gravelly voice, sample-heavy production and overall avant-garde weirdness. We planned to be front and center on Thursday, October 5, when Tricky was scheduled to headline the Higher Ground Ballroom in South Burlington.

What I've felt for Tricky is more than admiration. When I first started listening to his early masterpieces — Maxinquaye, Pre-Millennium Tension and Angels With Dirty Faces — I was only 15 years old. I may not have understood all of the nuance and complexity of the Bristol-born musician's work — especially the cultural and political references, which are numerous and a huge part of his lexicon. But I did understand one thing: Tricky, born Adrian Thaws, was an outsider. So was I. And that gave me comfort during times when I thought I was truly alone.

I thought about reaching out to Tricky's publicist for an interview. To speak to an artist I've admired for so long would be truly mind-blowing. And maybe a little scary. But I didn't have to; his people reached out to us, and a phone interview was scheduled. Unfortunately, something came up for him at the last minute, and Thaws was unavailable to chat. Bummer. Such is the life of a superstar.

I would have loved to find out what drives an oddball maverick like Tricky. But, with no chance of talking on the phone, I was forced to rely on his lyrics for this "conversation."

[Update: Just prior to press time, Seven Days learned that Tricky had to cancel his performance at Higher Ground. Refunds will be reissued at the point of sale. He is still set to perform on Friday, October 6, at the Théâtre Fairmount in Montréal. That performance is sold out, so if you're one of the ticket holders, lucky you. Now, back to my faux interview.]

SEVEN DAYS: Tricky! It's amazing to speak with you after listening to your work for so many years.

AT: When you get older, your body won't look so good.

SD: True that. The ravages of time, am I right?

SD: Uh, sure. So, I discovered your music right around the time I started driving.

SD: Exactly. Your music was the soundtrack to more than a few, shall we say, wild nights back in my high school days.

AT: Hear my voice, and you get a buzz.

SD: Yes, that was usually how it worked — although sometimes it was the other way around.

AT: Long as you get a buzz.

SD: Hey, now. I think we need to change the subject.

AT: We'll smoke weed when no one's around.

AT: Not going down that road.

SD: Thank you. I appreciate that.

SD: So, I understand you're now living in Germany. How are things going in Europe? Between Brexit, the Catalan independence movement and frequent terrorist attacks, there's been quite a bit of upheaval lately.

AT: Hell is 'round the corner.

SD: You're telling me. We've got myriad problems in the U.S., as well.

AT: Don't like the police 'cause they kick and they punch.

SD: You can say that again. How do you cope with all the systemic problems in the world?

AT: First I scream, then I cry.

SD: That's it? Can you elaborate?

AT: The constant struggle ensures my insanity.

AT: What do you want me to do?

SD: I don't know. I guess I thought you'd have some advice or something.

AT: Wait for the crash. We're not built to last.

SD: What do you mean by "the crash"? How do we prepare for it?

AT: It's not my cross to bear.

SD: Yeah, but you brought it up. Is it simply a matter of being informed?

AT: You can read and read 'til your eyes fucking bleed.

SD: True. But I think you're taking it a little too far.

AT: You think I'm crazy? It doesn't faze me.

SD: Maybe we should stop talking about politics.

AT: Here we go with the games, now.

SD: Do you find time to keep up with the latest in the music and entertainment industries?

AT: MTV moves too fast. I refuse to understand.

SD: Oh, right. I forgot how much disdain you have for celebrities and the cult of sycophants who surround them.

SD: But surely there must be some envelope-pushing artists you admire. What about Kanye West?

AT: That one fronts — braggin' on his stunts.

SD: I mean, sure. He's definitely a bit of a peacock. But, if nothing else, he's an excellent producer.

AT: That shit don't impress me.

SD: So, what is it then? No one lives up to your expectations?

AT: I'm naked and famous.

AT: Everybody wants a record deal.

SD: OK, fine. Let's change the subject. Again. What does it feel like to start out in life with basically nothing and then become a cultural icon?

AT: It's a long way from Knowle West to Hollywood.

SD: What was it like growing up in the Knowle West district of Bristol?

AT: When I was a young kid, I had greed. I wanted money and weed.

SD: You actually lived in LA for a while. Was every night a nonstop party?

Tricky performs on Friday, October 6, 8:30 p.m., at the Théâtre Fairmount in Montréal. Sold out. AA. theatrefairmount.com