A Lyrical Not-Quite-Interview With Michael McDonald 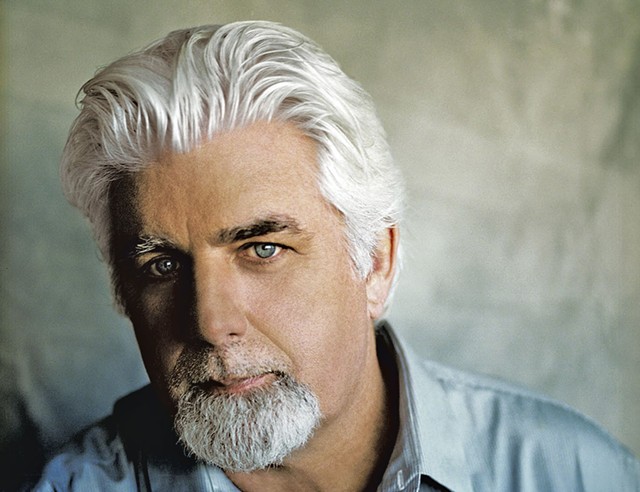 This just in: Michael McDonald is coming to Burlington. The foggy-voiced captain of yacht rock plays the Flynn MainStage on Friday, July 1, along with his son's band, Dylan McDonald and the Avians, and BTV expat Tommy Alexander. That news is sure to delight local fans of blue-eyed soul. Or maybe make them sweetly melancholy. It's hard to say for sure.

We here at Seven Days were pretty excited about McDonald's impending visit, too. (C'mon, you know you love the gooey strains of "What a Fool Believes" as much as the rest of us.) We were so excited, in fact, that we did our darndest to schedule some phone time with him for an interview. Alas, it seems the schedule of hirsute, five-time-Grammy-winning popsmiths is a tad hectic, and we couldn't get McDonald ahead of the Flynn show. Damn.

Deprived of the opportunity to pose all these questions to McDonald, and being the dedicated journalists we are, we took some of them and ... um, answered them ourselves, repurposing lyrics from McDonald's own songs.

SEVEN DAYS: I went through a breakup recently, which is always difficult. Since you've written so many songs about heartache, I figure you're just the guy to talk to. So, any advice for the heartbroken?

MICHAEL MCDONALD: I know you're afraid to love. You've been hurt before. Love broke your heart, so you closed the door. Now here I am outside your world.

SD: Wow, that's really astute ... though I have to say that last part was a little odd. But maybe I am afraid to love. How do I get past that?

MM: You're gonna have to trust someone. It's a shame if you don't, because it ain't no life living all alone. Let me show you how to love again.

MM: In every life the darkest days seem so long, 'til the fear fades like the waning tide. The mornin' comes when the din in your head subsides, just enough for the quiet voice inside to point the way to the place where your strength lies. Though it may take a while to find, someday you will.

SD: It's just so hard being vulnerable like that again, you know?

SD: I guess that's true. But could you maybe not call me baby? It's kind of weird.

MM: Oh, I know how you feel. Hey, you know I've been there. But what you're keeping to yourself, oh, you know it just ain't fair. Are you gonna worry for the rest of your life? Why are you in such a hurry to be lonely one more night?

SD: Trust me. I'm really not. Moving quickly on, what's the best piece of life advice you've ever received?

MM: What a fool believes, he sees. No wise man has the power to reason away. What seems to be is always better than nothing. And nothing at all keeps sending him.

SD: Right. Sending him where, exactly?

MM: Somewhere back in her long ago.

SD: Huh? That doesn't make any sense, Michael. Let's switch gears. It's been a crazy election season. Any thoughts on the current political landscape?

MM: Some people see a change; some will remain the same. But all of them live their lives under the gun. Some see the road as clear; some say the end is here. They say it's a hopeless fight, but I say I gotta try.

SD: That's really all you can do, right? You played with Steely Dan for a while. But it was your time with the Doobie Brothers that put you on the map. The Doobies broke up in 1982. Was that a difficult time for you?

MM: It was so right, it was so wrong, almost at the same time. The pain and ache a heart can take, no one really knows.

SD: Oh, jeez, man. I didn't realize that was still such a sensitive subject for you. Are you OK?

MM: I was tossed high by love; I almost never came down. Only to land here where love's no longer found, where I'm no longer bound. And I can let go now.

MM: You don't have to prove to me you're beautiful to strangers. I've got lovin' eyes, and I can tell.

SD: Thanks ... I think. Say, you've got such a distinctive voice. And lots of people do impressions of you. How do you feel about that?

MM: Why did you tell me this, while you look for my reaction? What did you need to know? Don't you know I'll always be the one?

MM: Sometimes words only mean so much. They don't say how we feel, they don't keep us in touch. It's too late once we drift apart. All that's left are the pieces of two broken hearts.

The original print version of this article was headlined "Fooling Around"