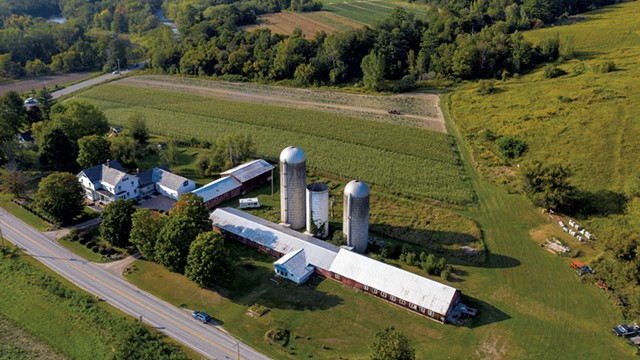 Most 19th-century homes have changed hands many times over the years; once an estate is out of the family, the descendants rarely have a chance to reclaim their erstwhile property. Yet a Jericho brood recently did just that, buying a stout farmhouse that their ancestors occupied from the 1870s to the early 2000s. And they couldn't be happier about it.

"Everything you can see ... was once part of the Fay Farm," said Erik Johnson, 46, gazing at the verdant view from his front yard. He was referring to the land within a one-square-mile radius of 254 Barber Farm Road. Today, its acreage is a fraction of the original lot, extending just a short way around the house and adjacent barns. Since the Johnsons aren't farmers, that suits them fine.

The house was built almost entirely of wood cut on the Fay property. In 1976, when the rest of the country was celebrating its bicentennial, the Fays were celebrating their centennial in the house.

"We had a big family — there were nine kids," said Erik's mother, Jo Ann Johnson (née Fay), 71, recalling her life in the house. Some of her favorite memories include playing softball in the yard and riding horses to visit neighbors. She and Erik both noted that hide-and-seek was a family pastime across the generations. With close to a dozen rooms and 4,200 square feet of livable space, the house offered plenty of nooks and crannies for hiding spots. 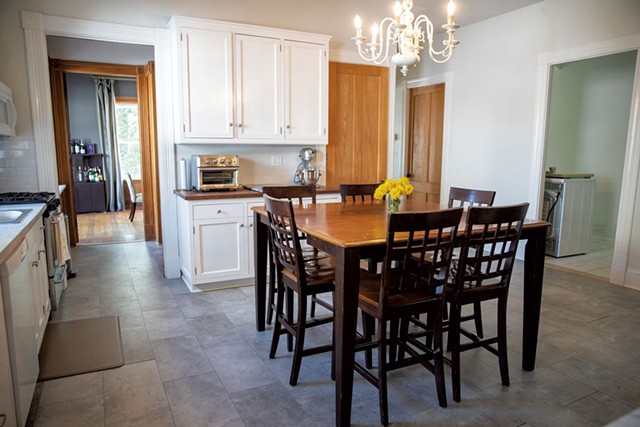 The somewhat labyrinthine downstairs features a sizable modern kitchen, a suite of three adjacent living spaces, a bedroom and a full bathroom. The "seed room" is an airtight space that the Fays once used to keep their crops safe from vermin.

Other vintage details include a servants' staircase, a massive ice shed and an indoor privy in what's now an attached garage. Upstairs, six large bedrooms take up most of the space.

In Erik's youth, when his grandparents owned the property, he and his immediate family lived in a smaller house a stone's throw away. Fay Farm changed hands within the family in the mid-'80s, and the Fay/Johnson clan officially let it go in the early 2000s. Jo Ann now lives just out of view of the property, about a five-minute walk down the road.

"At first, it was pretty sad when my mother left," she said, referring to Erik's grandmother's sale of the main Fay Farm house. "But it was the best move for her, because it was this huge house, and she couldn't keep it up."

Erik; his wife, Kelly; and their elementary-school-age daughters, Cecilia and Greta, were living in a much smaller home on the other side of Jericho when Fay Farm came on the market in summer 2020. (Seven Days designer Kirsten Thompson and her family were the most recent occupants.) The Johnsons had been casually looking for a change, but they hadn't seriously considered any other homes until the opportunity to reclaim the farm presented itself.

"I knew it would sell, so I looked up the Realtor and said, 'I need to come see it today,'" Erik said.

Because of the pandemic, only one person could view the house at a time.

"Erik was like, 'I don't need to see it; I know I want it,'" Kelly said. "I had never seen [inside] it because it had been out of the family before we were together."

Upon viewing the place, Kelly said, she knew instantly that she and her family would be happy there.

"[Later] I got to walk through it with Erik, watching him go through and reminisce about all of the stories that I've heard," she said, noting a mark on one of the doors that young Erik made with a BB gun.

Though higher offers came in during the first and only weekend of showings, the Johnsons' family connection won over the sellers. 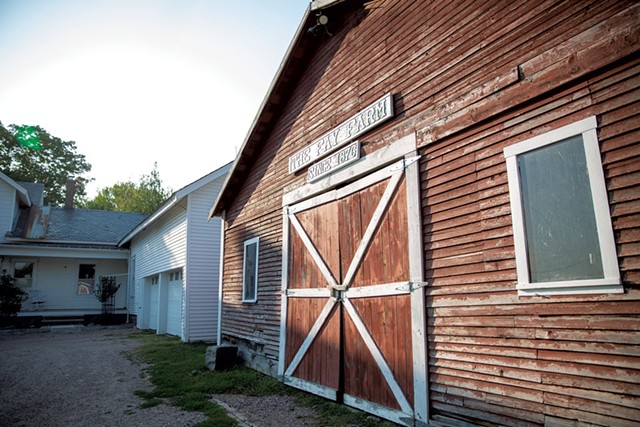 The house has had nips and tucks over the years, as well as some larger changes, such as the removal of pocket doors, demolition and construction of a ground-floor bathroom, and replacement of the traditional oak flooring with bamboo in part of the downstairs. A side door, which used to open obtrusively into the kitchen, was shifted along the side of the house to its de facto mudroom. But Erik said that the butler's pantry, a small space off the kitchen, remains exactly as he remembers it.

The Johnsons plan to make more changes to suit their family: They'll add a bathroom to turn one of the upstairs bedrooms into a master suite and install a kitchen island to increase counter space. Even so, they consider the house to be in the best shape of its long life — a "showplace," Jo Ann called it.

The house is undeniably attractive. The Johnsons said passersby are drawn to it, stopping to ask about local sights and landmarks, or to comment on and inquire about the various outbuildings and landscaping. (Even while conducting an interview with this publication, the family was interrupted by a stranger offering roofing services.)

For now, the Johnsons are settling in and feeling lucky they were able to return home.

"Everything happens for a reason," Kelly said.