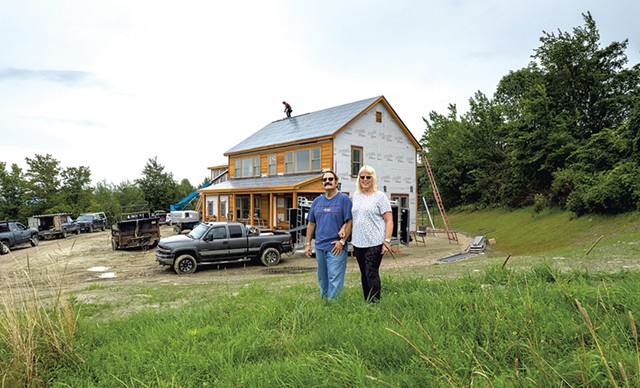 Some couples build their dream house on property inherited from family, on land with gorgeous views or in a place that has deep sentimental value. Phil and Debbie Gianelli chose the location of their retirement home in Hinesburg for all those reasons, and one other: It's the spot where, 42 years ago, Phil fell out of the sky at 97 miles per hour and nearly died in a plane crash, while Debbie watched from the ground in horror.

A Long Island native, Phil met Debbie in the late 1970s while both were undergrads at what was then Johnson State College. She'd grown up in Jeffersonville, then moved with her family to a 200-acre dairy farm in Hinesburg. The two began dating.

Phil, who was 20 at the time of his fateful flight, had always wanted to see Debbie's family farm from the air and take photos of it. So one day, his friend Bob Bardsley Jr., then a 27-year-old pilot and aircraft mechanic from Burlington, offered to take him up in his single-engine Cessna 140.

The weather was clear, dry and beautiful on June 14, 1979, when the plane took off from Colchester Champlain Airport, which was then a small grass airstrip near Malletts Bay. The two-seat aircraft flew east to Morrisville-Stowe State Airport, where it filled up with 24 gallons of aircraft fuel. It headed back toward Burlington, then south to Hinesburg.

"That's the last I remember," Phil said. "I don't even remember seeing Burlington from the air. I took pictures, but I don't remember taking them or seeing the farm." (The historic aerial photo accompanying this story was salvaged from Phil's camera, which survived the crash.) 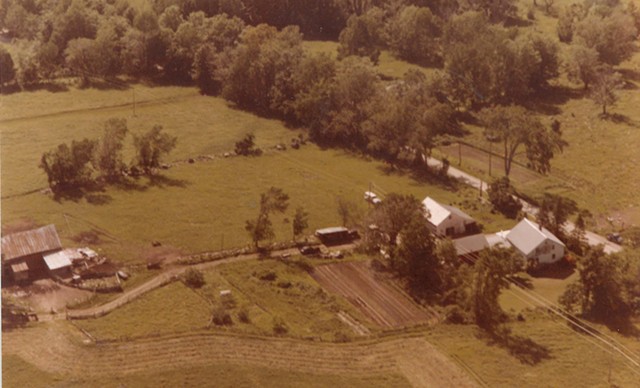 It was 4 p.m. when the Cessna 140 flew over Debbie's family farm on Magee Hill Road in Hinesburg.

"I know exactly what time it was because I was milking the cows," she said.

Recognizing the sound of Bob's plane, Debbie ran out of the barn and saw the plane dip its wings, a common aviator greeting. She then watched as the plane accelerated and swooped toward the ground, expecting it to pull up again in a dramatic, low-altitude flyover.

But things didn't go as planned. Phil learned later from the Federal Aviation Administration that the aircraft likely got caught in a downdraft. It hit a stand of pine trees, which snapped off one wing, flipped the fuselage upside down and hurled it into a stone wall.

Debbie watched as Bob climbed from the wreckage, bleeding profusely, and ran over to her.

"He said, 'I killed your boyfriend!'" Debbie recalled. "I said, 'What are you talking about?'" Until that point, she'd had no idea Phil was aboard the plane. 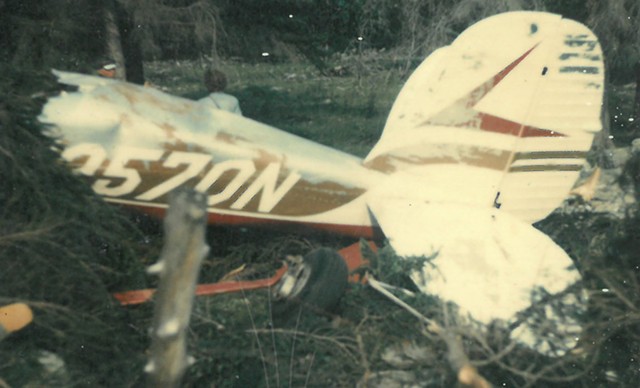 Debbie immediately ran to the wreckage and climbed through a small hole in the fuselage, where she found Phil, still strapped into his seat and dangling upside down, unconscious and badly hurt.

"It was not pretty," she said.

"Fortunately, all my injuries were confined to my face and head," Phil joked.

Though Phil survived a crash that the FAA later described as "unsurvivable," he said, the danger was far from over. Because the plane had two full tanks, aircraft fuel was leaking all over him and Debbie.

When neighbor Craig Brown heard the crash, he ran over with a chain saw, intending to remove the fallen tree that had trapped Gianelli inside. Had he started the chain saw, Phil said, a single spark could have ignited the fumes and blown up the plane, with Phil and Debbie in it.

Thankfully, that gruesome fate "wasn't meant to be," Debbie said.

She stayed by Phil's side until emergency crews arrived and extricated him from the wreckage, which took about half an hour. Phil woke up in the hospital three days later with 132 stitches in his face and multiple staples in his head. He spent the rest of the summer recovering from his injuries, which included chemical burns from the fuel.

Phil went on to graduate from the University of Vermont in 1981, then married Debbie in 1986 before pursuing a career in medicine. He practiced psychiatry and neurology in New York City for nearly three decades. Debbie became a Montessori schoolteacher until her retirement in 2008.

After Phil's retirement in January 2020, the couple decided to leave Long Island and resettle on the Hinesburg property Debbie and her siblings had inherited. They sold their house in Manhasset, N.Y., last December and have been renting a house in Richmond, where they'll stay until their retirement home is completed. The couple expects to move in sometime in October or November.

They asked their builder, Huntington Homes, whether the workers could set the 2,100-square-foot manufactured house on the foundation on June 14, the 42nd anniversary of the crash. (Due to poor weather, however, they missed the anniversary by several days.) 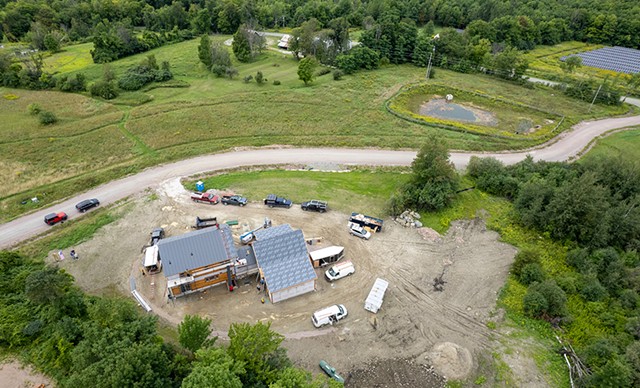 Some of the aircraft wreckage still sits on the property. The Gianellis said they plan to bring the cockpit closer to the house and possibly get it hoisted into a tree so it's more visible.

Why would the couple choose to build what Debbie called "my dream home" in such an ill-fated meadow — and even memorialize what was undoubtedly one of the worst days of their lives?

As Debbie explained, many of the people who lived on the road at the time of the crash are still their neighbors. Plus, she added, "It's a million-dollar view."

"Was this a plan our whole life to build on that spot?" Phil said. "Sounds great, but not really."

Phil admitted that his near-death experience wasn't nearly as impactful as some people might expect. He still flies in airplanes, though his ophthalmologist convinced him not to pursue his own pilot's license.

But the plane crash profoundly affected Debbie, giving her a lasting sense of gratitude for life.

Indeed, both Gianellis say they're excited to start the next chapter of their lives in the place where they almost had their last.

"For all intents and purposes, it should have been," Phil said.