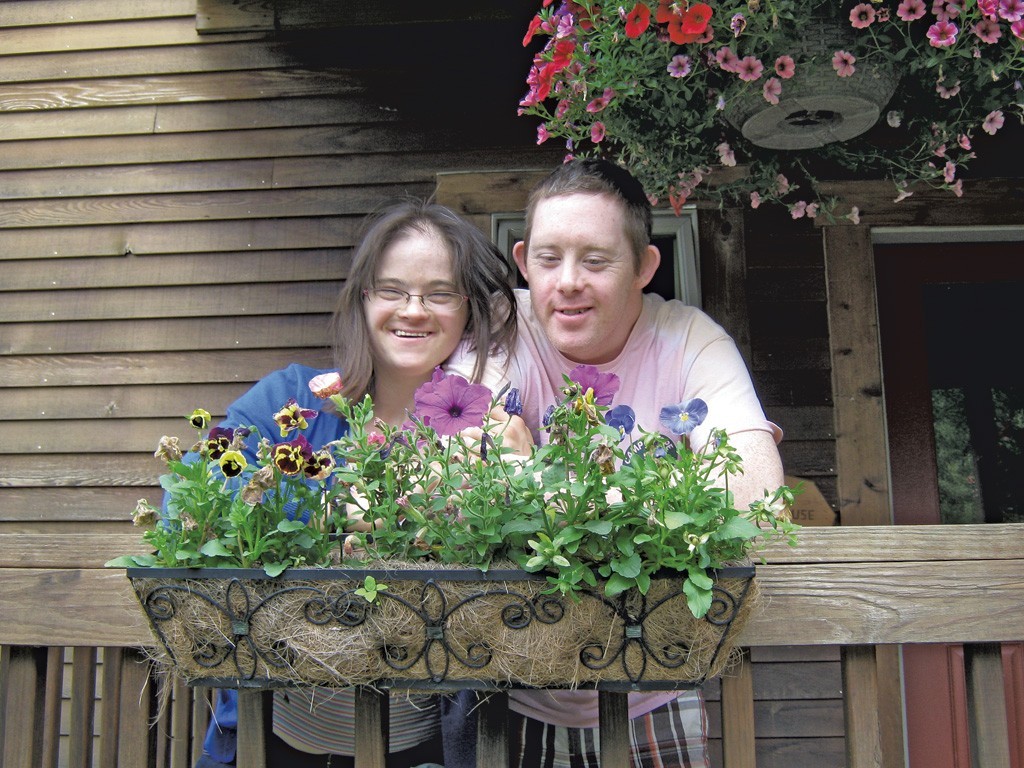 In the summer of 1978, my wife, Tess, and I lay on the grass at an outdoor concert, strains of Mozart flowing through the air. "Here," she said, placing my hand on her swelling abdomen. I could feel the baby moving to the music. We speculated that our child would become a dancer or a musician — or a football player.

Our healthy baby boy was born early, rosy and in a caul, completely encased in the thin membrane of the amniotic sac. Legend says that children born this way will never drown. It's a sign of good luck.

We counted his fingers and toes: Ten of each. But when the doctor finally arrived an hour later, he said, "I knew something was wrong. A little Mongolism, maybe."

His words pierced us like a knife. He was referring to Down syndrome. We'd done everything right. How could this happen?

The day after the birth, a bedraggled social worker arrived at the hospital. It was Saturday, and we could tell she didn't want to be with us. "You don't have to keep this child, you know," she told us. "There are places for children like him."

I was stunned. Tess was defiant. "He is our son, and we will love him no matter what!" she said.

Those words resonated with me. In a complicated situation, one thing became clear: Our expectations, not our child, would have to change. Our son wasn't some sort of karmic payback. Raising him would become an exploration into the meaning of love. We named him Christopher, which is derived from Greek, meaning Christ-bearer.

Chris grew more slowly than other children. He moved at a different pace, and needed constant reminders to complete simple tasks. We had to keep vigilant with schools and the agencies that were required to help him achieve his goals. Fiercely protective, Tess spent the next 20 years advocating for him.

Chris was 29 and living at a residential school in Connecticut for adults with disabilities when he met Annie, who also has Down syndrome. I came over to his apartment one morning to find that she had slept over. Soon after, we took Chris and Annie out for dinner, and she approached me. "You've got to talk to Chris about a ring," she said.

I was happy Chris had found love, but was still concerned about some of the choices the two of them were making. Chris and Annie spent a lot of time together at McDonald's and were putting on weight. It was clear they needed a healthier lifestyle and more supervision.

Every parent I know with such a child has the same fear: What will happen when we're gone, or no longer able to care for him? I learned that Chris had a similar fear when I read one of his poems:

The rambling man Like the preacher's son Is looking for a place To call home.

Chris found that place a few years ago when he moved to Heartbeet Lifesharing in Hardwick — one of 11 "Camphill communities" in the U.S. and Canada. At Heartbeet, adults with disabilities live and farm together with an experienced team of residential staff.

Annie wasn't sure she wanted to move to the country. But when she visited Chris there, she changed her mind. The couple decided they wanted to live in a committed relationship. She moved in six months later.

Over the next five years, Heartbeet staff helped Chris and Annie identify their goals and improve their relational skills. Chris needed to speak up for himself; Annie needed to reduce her tendency to speak for him.

Last May, the two of them got engaged in an outdoor ceremony at Heartbeet. With a ring in his hand, Chris knelt on one knee and proposed to her. "Yes! I will!" Annie replied, and he placed the ring on her finger. After a long embrace and dramatic kiss, she held up her finger and jumped for joy.

Knowing that your child has found a caring community and a loving partner is one of any parent's greatest joys. When the Heartbeet staff told me, "Chris will always have a home here," tears welled in my eyes. My heart was full.

Chris didn't become a dancer, or a musician, or a football player. But he sure can swim. He can beat me easily in a 20-yard race, his lean body cutting through the lake waters.

And Christopher has lived up to his name. He has a kind and gentle demeanor and, at times, helps me see to the heart of things.

In a world filled with displaced wanderers looking for a home, Chris has found a place to be with friends — and his love — close to the land and at peace with himself.  And I am grateful.