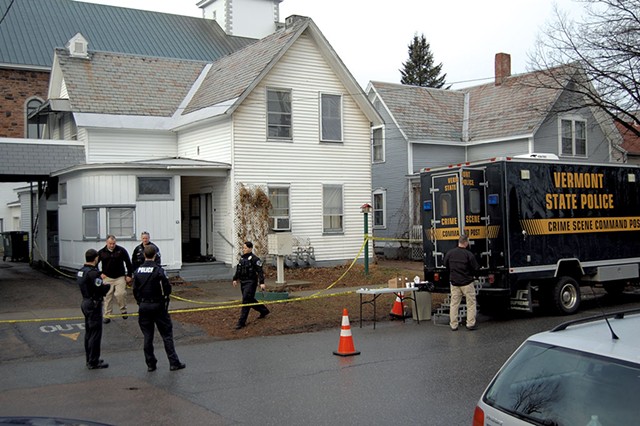 Authorities have been tight-lipped in the three weeks since members of a Drug Enforcement Administration task force fatally shot a suspected heroin dealer in Burlington's Old North End. Two separate investigations are under way to determine whether officers were legally justified in opening fire on Kenneth Stephens after forcibly entering his apartment and if they bear any responsibility for stray bullets that entered a neighboring dwelling.

In addition, experts say the deadly police encounter raises a larger question: Should police have conducted the high-risk raid using a controversial "no-knock" search warrant? In contrast to standard "knock-and-announce" warrants, during which police announce their presence, the no-knock approach allows officers to enter without warning, typically by breaking down doors. The nationwide practice has led to the unintentional deaths of cops, their targets and innocent civilians.

"They're probably overused," Dennis Kenney, a professor at the John Jay College of Criminal Justice, said of no-knocks, adding that they should be employed "only in major cases."

Local enforcement officials stress that while they rarely use no-knocks, Stephens, who had a violent history, posed an immediate danger to the police and the public.

"We can't forget every indication so far is, the suspect was pointing a .50-caliber rifle at the police," Burlington Police Chief Brandon del Pozo said.

Intel from a DEA informant triggered the raid at 101 Elmwood Avenue. The individual bought heroin from Stephens on four occasions and told police that the dealer kept a muzzle-loader rifle in his apartment. On December 20, the same informant revealed that Stephens was expecting a shipment of drugs later that day.

The tip prompted police to act. In his application for a no-knock warrant, DEA Drug Task Force officer Robert Estes, also an Essex police officer, argued that a surprise attack was necessary because any warning could lead Stephens to destroy evidence. He also noted that the suspect owned a firearm.

Federal magistrate John Conroy signed off on the warrant.

The DEA task force is a combination of federal agents and selected local cops who receive specialized federal training in conducting drug raids. A team of 16 officers from the DEA, Vermont State Police, and Burlington and Essex police departments showed up at Stephens' apartment on the afternoon of December 22 equipped with assault rifles and a battering ram.

After police broke down the door, officials said Stephens raised his muzzle-loader and yelled, "Who wants to die?"

The first two officers through the door, state Trooper Matthew Cannon and DEA Special Agent Tim Hoffman, fired 13 times, killing Stephens, who died of gunshot wounds to his head and neck. Stephens never discharged his weapon, though it was loaded. Agents found 260 bags of heroin, worth around $3,000, and an undisclosed amount of crack cocaine in the apartment.

Members of the task force also soon realized some of the gunfire had penetrated the thin walls of Stephens' apartment. A neighbor in an adjacent dwelling told reporters that a bullet narrowly missed his head, and two exit holes are still visible in the rear of the building in which Stephens lived. 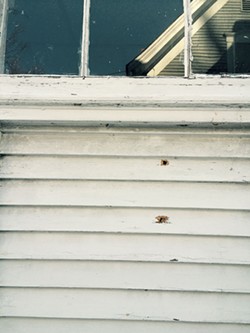 Was the no-knock raid necessary to bust him? Authorities already had strong evidence against Stephens, gathered from the informant.

"The questions you're asking, those conversations are being had right now," said Chittenden County State's Attorney T.J. Donovan — "literally right now." While the Vermont law-enforcement community is under intense pressure to arrest opiate dealers, Donovan said, "It's always a balance between public safety and officer safety."

Donovan will review a Vermont State Police investigation of the raid. The DEA, which is conducting a separate, internal probe, and U.S. Attorney Eric Miller both declined to comment.

When police search private homes, they typically announce themselves and give homeowners ample opportunity to respond. In fighting the War on Drugs, though, officers argued that standard warrants gave dealers a dangerous advantage and provided an opportunity to dispose of evidence. Congress responded by authorizing no-knock warrants in 1970.

When the practice led to widespread instances of police abuse, Congress repealed the federal law. But in subsequent years, numerous states around the country, including Vermont, passed legislation to bring it back.

The rise of the no-knock is directly related to the spread of SWAT teams and militarized police tactics, according to experts. Nationally, SWAT raids increased from 3,000 annually in the 1980s to 50,000 in 2005, according to Eastern Kentucky University criminology professor Peter Kraska. While SWAT teams are ostensibly created to respond to active shooters and other extreme emergencies, most teams spend their time carrying out drug raids, several studies have shown.

The American Civil Liberties Union estimated that police now conduct 20,000 no-knock-warrant raids a year nationwide. The ACLU, which has criticized the tactic, says the warrants are used in 60 percent of drug searches.

"It is critical to recognize that these are not forced-reaction situations necessitating use-of-force specialists; instead, they are the result of police departments choosing to use an extreme and highly dangerous tactic, not for terrorists or hostage-takers, but for small-time drug possessors and dealers," Kraska told the U.S. Senate during a 2014 hearing.

Critics argue that the targets of the warrants — especially drug dealers who live in a state of hypervigilance — may fire on a perceived intruder without realizing it's the police.

In 2013, a Texas man shot and killed a police officer executing a no-knock warrant. Charges were dropped after he argued that he thought he was protecting himself against an intruder. In 2010, Detroit police killed a 7-year-old child sleeping on a couch when they executed a no-knock warrant. In many cases, innocent people have been injured or killed when police executed no-knock warrants at the wrong homes.

There's no dispute that Stephens, 56, was an outlaw. In addition to documented heroin sales to the DEA's paid informant, he had an extensive criminal record, including convictions for drug dealing and burglary. He was charged with attempted murder for shooting his girlfriend's brother in the head during an argument in Windsor in 1996. That charge was dropped, but Stephens was sentenced to more than 10 years in federal prison for illegally possessing a firearm, according to court records.

In 2012, Stephens was sentenced to three years in prison for selling an opiate to his roommate, who fatally overdosed inside their North Street apartment, according to Chittenden Superior Court records.

Did the situation constitute what John Jay prof Kenney called a "major case"? In Vermont, it did. Of the 135 search warrants the U.S. District Court issued in the state last year, only three, including the warrant for Stephens' apartment, were no-knocks.

Federal agents obtained the other two in order to apprehend suspects who might have been armed. No one was injured in those downtown Burlington raids.

Nonetheless, citing the Stephens raid, the Vermont chapter of the ACLU has called on the legislature and local communities to increase oversight of no-knock warrants. "No-knock searches raise the likelihood that our friends, neighbors, and communities will become collateral damage of the drug war," ACLU staff attorney Jay Diaz said.

Though he expressed concern about the stray rounds in the hours after the shooting, Burlington Mayor Miro Weinberger lauded the DEA's efforts in targeting Stephens.

In an interview, Weinberger said he talked to the DEA about the type of ammunition fired in the raid and was awaiting results of the investigations into the shooting. But the mayor did not question the decision to use a no-knock warrant.

"There's a system for determining whether this kind of search warrant is appropriate," Weinberger said. "I think it's notable that a judge was satisfied that it was the right way to proceed. I'm not second-guessing that decision. There are safeguards in place, and this is only used in rare and compelling circumstances."

But Kenney, while stressing that he had not reviewed the case file from the Stephens shooting, questioned whether the muzzle-loader rifle, which can only fire one round at a time, was enough of a threat to justify the raid.

"If they knew what kind of rifle he supposedly had, it changes the scenario," Kenney said. "It's not a gun where you're going to get into a blazing gun battle."