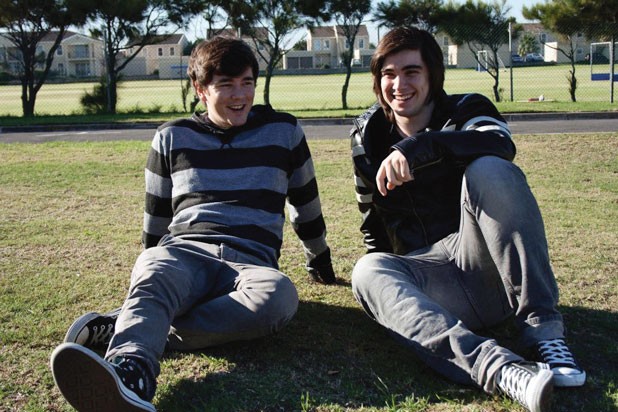 Dana Yeaton is not the only Vermont playwright with out-of-state news this summer; Burlington’s James Lantz reports that his play The Bus has gone international, with a recent five-night run at a theater in Cape Town, South Africa. In addition, he’s had inquiries about the play from theater groups as far away as Rome, Puerto Rico and the UK.

“One nice thing about being in New York off-Broadway, it put us on the map,” says Lantz. “We got solicitations from all over the U.S. and the world.”

The Bus — a provocative coming-out tale that wrestles with sexual preference, family and church — first opened in Vermont in 2006. It was performed for a month last fall at New York City’s 59E59 Theaters after Lantz engineered a successful fundraising campaign. Because of the play’s homophobia theme, he also staged it near the Westboro Baptist Church in Topeka, Kan. The church’s notorious Phelps family, known for picketing the funerals of gay service members, had visited Vermont to protest the state’s same-sex-marriage legislation. “If Westboro Baptist Church can come to my town,” Lantz reasons in an essay on his website, “I can go to theirs.”

In fact, it was this production of The Bus that caught the attention of South African director Wayne Hendricks. “I was very taken with the concept that James had of taking this play about two young guys who meet in a bus at night and are eventually torn between the one boy’s father and the church, to whom the bus belongs, to Topeka,” Hendricks writes on a website for his production at Cape Town’s Milnerton Playhouse. “I know that when you see this thought-provoking play, it will change you in some way.”

Back in Burlington, Lantz is finding all this very humbling. “This is my first experience of writing something that other people took and made their own,” he says. “I was so honored that somebody wanted to do it.”

“Somebody” includes the New Conservatory Theatre Center in San Francisco, which has scheduled a run of The Bus next spring for its 2013 Pride Season. It will be the play’s West Coast premiere. Lantz notes that theater groups in Iowa, Illinois, Oklahoma and other states “have the script and are considering it.”

All this activity isn’t necessarily going to make Lantz a rich man. Licensing rights are typically $80 to $90 per performance, he explains, though the NCTC is paying him a percentage of gross for the run. But he’s more excited about the San Francisco troupe’s plan to bring his play to rural parts of the state — small towns that might arguably find its content more eye opening.

Work on the film is “all consuming,” says Lantz, who says he is traveling out of state to interview other small-business owners similarly embroiled in trademark-infringement cases with major corporations. “It’s going well,” he reports, “though each project is like a child — growing and developing and doing childlike things.”

Lantz acknowledges the supportive Vermont community for its role in his successes, in film and onstage. “We couldn’t have done any of this,” he says, “without doing it here first.”