A Burlington Entrepreneur Aims to Market a Placebo 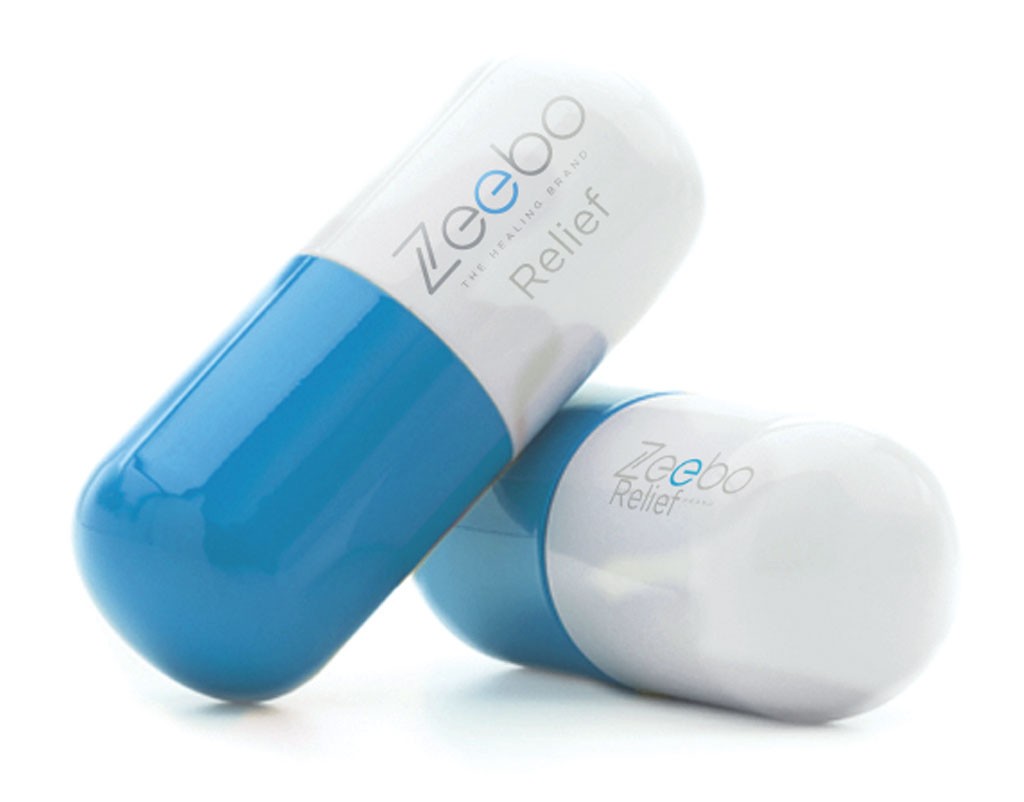 Uwe Heiss has long been intrigued by the power of pills. He's seen how they can improve people's lives — often for reasons that have little or nothing to do with their active ingredients. Now Heiss wants to help people treat their own minor ailments by selling them pills they know are nothing but little white lies.

For more than 20 years, the German-born scientist, researcher and entrepreneur has worked in the health care industry. Armed with a master of science degree from Zurich's prestigious Eidgenössische Technische Hochschule, he's cared for terminally ill cancer patients, helped pharmaceutical companies speed the development of new drugs, and assisted more than 30 U.S. research hospitals and institutions in tracking patient-reported outcomes.

In recent years, Heiss, who now lives in Burlington, has focused on products designed to empower patients by having them track their own conditions. He started by developing simple devices that clip to key chains, then moved to mobile apps.

One of Heiss's top-rated apps, Autism Tracker Pro, helps users gauge a family member's autistic behaviors. With his Mindful Eating Tracker app, users can create self-help journals to manage their diets and lifestyles. And his Bowel Mover Pro app, which was featured last year on "The Dr. Oz Show" and mentioned in Esquire, helps people with gluten sensitivity and irritable bowel syndrome manage their digestive health.

But Heiss' latest project, which hit the market earlier this year, is likely to be his most controversial: Zeebo pills are designed to give consumers what he calls an "honest" placebo experience. The corresponding app even gives users the option to virtually "swallow" a pill by pushing a button — no capsule required.

Heiss emphasizes that he's not deceiving consumers: He fully discloses that the capsules contain an inert cellulose fiber. They come in "aesthetically pleasing packaging" meant to mimic an actual pharmaceutical product, and a bottle of 45 pills costs $19.90 on Amazon.

The pills work in conjunction with Heiss' free, downloadable app, which consumers use to set a goal of addressing a symptom such as mild anxiety or sadness. They then enter a desired outcome and decide when and how often to take the capsules. The Zeebo app reminds users when to take their pills and rewards them (with points) for tracking their symptoms before and after the "medication."

Placebos — pills containing no pharmacologically active ingredient — are a staple of medical trials, in which researchers use them to establish a control group. Doctors and medical researchers have long been aware of the "placebo effect" in clinical settings.

During World War II, combat anesthetist Dr. Henry Beecher witnessed a nurse administering saline injections — rather than morphine — to seriously wounded soldiers before surgery when their supply of morphine ran out. Astounded that the patient experienced little pain and no shock during surgery, Beecher repeated it with other patients when morphine wasn't available. Believing they were getting a powerful painkiller, 40 percent of soldiers reported actual pain relief.

In the decades since Beecher first published his findings, researchers have tried to pinpoint how and why placebos work. In many pharmaceutical trials, placebos used in the randomized control group have higher efficacy rates than the drugs being tested. In fact, as consumers increasingly become conditioned to take pills to relieve various symptoms, the placebo effect appears to be getting stronger every year.

As Wired magazine reported in its August 24, 2009, story "Placebos Are Getting More Effective. Drugmakers Are Desperate to Know Why," the percentage of new pharmaceuticals that were dropped after their phase II clinical trials, when drugs are first tested against placebos, rose by 20 percent from 2001 to 2006.

And this past January, a study involving 12 patients with Parkinson's disease suggested that they may feel better — and their brains may actually change — when they're told they're taking a more expensive medication.

"Placebos are a way to get messages across to your mind and body," Heiss says. "There's a broad understanding right now that the placebo effect is not just make-believe. It actually has a real effect on the body on several different levels."

But, unlike drug-research subjects, Heiss' customers know they're getting placebos when they purchase Zeebo pills online. The placebo effect can be just as effective when users know they are taking a placebo, Heiss contends, and there's research to back it up.

He points to a Harvard study of irritable bowel syndrome. Some test subjects were given pills they were told were placebos, while another group received nothing. Over three weeks, the group taking the placebos reported relief of their symptoms at double the rate of the untreated group.

Does that mean the subjects' IBS was all in their heads? Not at all, Heiss says. Recent research suggests that patient conditioning to the effects of taking pills, even inert ones, can elicit actual physiological responses. As Robert Todd Carroll writes, reviewing the scientific literature in his online compendium the Skeptic's Dictionary, "A person's beliefs and hopes about a treatment, combined with their suggestibility, may have a significant biochemical effect. Sensory experience and thoughts can affect neurochemistry. The body's neurochemical system affects and is affected by other biochemical systems, including the hormonal and immune systems."

As Heiss explains, the placebo effect likely stems from a combination of factors, including the ritual of medicating, the expectation that it will provide relief, faith in the medical system itself and the body's own conditioning to pill-taking.

He cites an experiment in which subjects were given an orange-flavored drink containing an immune suppressant with measurable effects at the cellular level. Later, when those subjects were given the same orange-flavored drink without the immune suppressant, their immune systems responded in the same way. In effect, Heiss says, the body "learned" to associate the orange drink with a suppressed immune system, even though the subject had no awareness of how the active ingredient worked.

So how could virtually swallowing a pill by pushing a button on a smartphone achieve a similar result? "People have a very strong relationship with their phone. It's almost part of who they are," Heiss says. And that intimate relationship with their device, which contains so much of their identity and consumes so much of their time and attention, holds enormous powers of suggestion.

And, in a country where people are conditioned to taking pills to make their problems go away, Zeebo's virtual pill popping might reduce reliance on pharmaceuticals. "We are basically a pill-taking society and an overprescribed people," Heiss says. "Without being judgmental, I just think there should be options for people to deal with their real issues in other ways than just taking pharmaceutical drugs."

According to 2011 data from the National Center for Health Statistics, the rate of antidepressant use among teens and adults jumped by nearly 400 percent between the periods of 1988 to 1994 and 2005 to 2008. Today, one in every 10 Americans takes antidepressants, including one in every four women over the age of 40.

Zeebo is no substitute for the potent, life-saving drugs that are routinely used to treat serious, chronic and debilitating conditions, Heiss acknowledges. Nor, he emphasizes, should it ever be used to delay critical care. But for people who suffer from mild anxiety, sadness, headaches or occasional insomnia, Heiss believes Zeebo could help. Certainly, he acknowledges, those people might just as effectively get relief from yoga, diet or exercise.

"There are a lot of people who are totally locked into the default mode of taking prescription drugs, but they may not be benefiting from them, or they may have undesirable side effects," Heiss says. Zeebo offers consumers "an experience that they can relate to," customized to them and without side effects. "If the placebo does no harm," he asks, "why wouldn't you want to try it out?"

Heiss is careful not to call Zeebo a "medical treatment or procedure," a claim that could get him in hot water with the U.S. Food and Drug Administration. Rather, he describes Zeebo as helping people "design beneficial experiences on their path to well-being.

"Basically, I'm giving them props to work with; I'm not making any claims," he says. "I designed this beautiful bottle. I sell you this like I would sell you a walking stick." Heiss hasn't actually studied whether Zeebo works on users, nor does he offer guarantees. In short, if you fall down using his "props," you're on your own.

Several Burlington-area medical practitioners contacted for this story acknowledged the legitimacy of the placebo effect in a clinical setting, but they declined to comment on Zeebo or its potential benefits.

Reached via email, Charles Irvin, director of the Vermont Lung Center and associate dean for faculty affairs at the University of Vermont College of Medicine, notes that he has witnessed the placebo effect in a UVM study of asthma patients and their ability to expel air from their lungs. But Irvin declines to opine on Zeebo, saying only, in regard to the alleged benefits of taking pills virtually: "I don't buy that."

Consumers may not, either. Indeed, Heiss — whose alma mater has helped produce 21 Nobel laureates, including Albert Einstein — runs the risk of being called a fraud, or worse. But he seems unfazed. "I don't mind if people accuse me of being a snake-oil salesman. I love to be controversial," Heiss says. "I just don't want to do harm."

Even if some Zeebo consumers find relief, Heiss still encourages a broader perspective on health and healing. "It would be wrong to attribute a beneficial outcome to the placebo alone," he says. "What we need is more differentiated thinking about how to best restore health. And, most of all, we need a more patient-centered perspective."