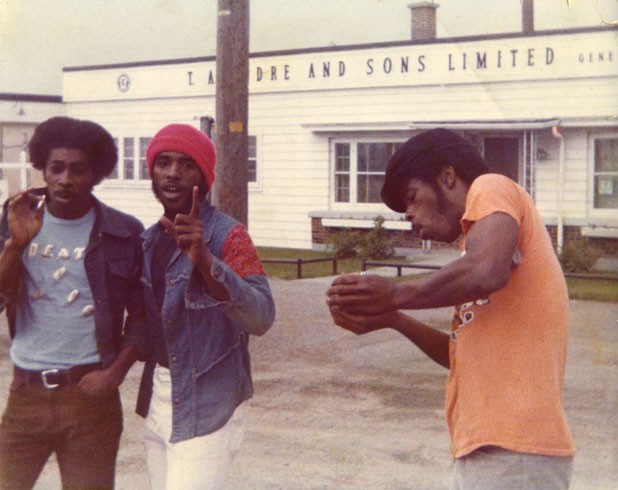 What separates artists who “make it” from those who don’t? Sometimes it’s nothing more than being in the right place at the right time.

In the case of a Detroit band called Death, a name may have spelled the difference between celebrity and obscurity. When the band recorded its carefully crafted garage-rock tracks with Groovesville Records in 1974, Columbia Records president Clive Davis liked the sound. But he reportedly begged brothers David Hackney, Dannis Hackney and Bobby Hackney Sr. to change their name.

Interviewed in A Band Called Death, an indie documentary from Vermont filmmakers Mark Covino and Jeff Howlett, the two surviving band members say they probably would have acquiesced to Davis’ request. But David Hackney — who died of lung cancer in 2000 — had a vision for the band. For this preacher’s son, death was the “ultimate trip,” a concept freighted with spiritual meaning. So the band stayed Death — and stayed unsigned.

In the ensuing years, Dannis and Bobby Hackney Sr. moved to Vermont and formed the reggae band Lambsbread. Before David died, he gave his brothers the master tapes from Death’s early recording sessions, telling them, “The world will come looking for these.”

He was right. The film chronicles how vinyl collectors in the early aughts discovered Death’s self-released recordings of songs such as “Politicians in My Eyes.” Word spread online, and prices rocketed on eBay. Music journalists began describing the Hackneys as “proto-punk” rebels who defied both ’70s art-rock trends and cultural expectations for an African American band in the golden age of Motown with their raucous, inspired sound.

Covino and Howlett have devoted about half the documentary to exploring Death’s origins, using still photos, personable narrative by the surviving Hackneys (including fourth brother Earl) and visits to present-day Detroit, where the neighbors still remember just how loud Death played. The absence of David Hackney leaves a palpable gap, but his brothers reconstruct his unique, uncompromising approach to rock and roll with tenderness and humor.

The film’s second half explores Death’s legacy and unlikely rebirth, featuring testimonials of the band’s importance from big names such as Henry Rollins and Questlove. Yet none is as moving as Julian Hackney’s account of hearing Death for the first time after a friend came home “ranting and raving” about the music she’d discovered at a hipster gathering. “I heard my dad’s voice,” Bobby Hackney Sr.”s son relates. “And I went, ‘Dad, why didn’t you tell me?’” Death’s music was as new to him as to his peers — and as exciting.

Julian Hackney and his two brothers — also musicians — started performing Death songs. Today, they’re known as Rough Francis, while the two elder Hackneys and guitarist Bobbie Duncan have toured as a reunited Death and released a new album. (Full disclosure: Bobby Hackney Jr. works at Seven Days.) The documentary has ridden the wave of renewed interest in the band: It screened at South by Southwest last spring, and distribution by Drafthouse Films has put it in select theaters across the country.

Vermonters who missed the sold-out screening of A Band Called Death last fall can see it starting this Friday at Essex Cinemas. Covino and Howlett have made a well-paced, professional film that tells an amazing story — about the history of rock, about the capriciousness of fame and, perhaps most importantly, about the power of family. “Back up your brother,” the elder Hackneys recall their father instructing them. They did — and that’s how a band called Death kept its name and found new life in a new century.