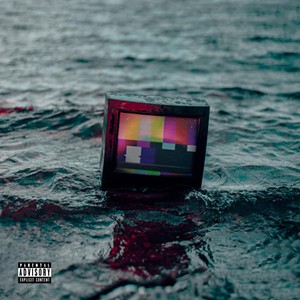 99 Neighbors are an explosive Vermont hip-hop success story. Formed around the power trio of rapper/singer Sam., rapper HANKNATIVE and producer Somba, they've evolved into an extended crew that dominated the local scene in 2018. The group's debut, Television, will likely make noise far beyond our Green Mountains.

On July 27 of last year, 99 Neighbors hosted an open house event at ArtsRiot in Burlington, a debut that set the tone for everything to follow. It was far more than just a rap show — the trio worked with a broader collective to deliver a feast for the senses, packed with local art. 99 Neighbors also delivered a killer, triumphant set to a packed house.

They've been operating that way ever since. Every show is a proper event: The band works with top-notch photographers, artists and musicians and tends to sell out every seat in the house. That included a recent set at the Higher Ground Showcase Lounge. When 99 Neighbors return to Higher Ground this Friday, January 11, they'll headline the Ballroom — a major step for homegrown acts.

While 99 Neighbors are an unusually talented, eloquent crew, Television centers on the same themes that dominate the lives of newly minted young adults anywhere: love, sex, drugs and death. In a country where pop culture never grows up, that's nothing but an asset.

As importantly, though, they own that material honestly. Both Sam. and HANKNATIVE are thoughtful songwriters who bring gravity to every verse. Even on a project packed with highlights, their work on "Coughing Up Smoke" manages to stop time altogether when it first hits you.

Television also showcases some new names, all of whom step up big. Rapper Swank delivers a blistering guest verse on the dark, crushing "Redrum." Singer Philosofie has the perfect timbre for breezy, uplifting hooks. But when she stretches out on "Lock N Key," it's obvious she's got genuine star potential.

Then there's Aidan Ostby. This kid has positively supernatural pipes, and Somba uses them to great effect throughout the LP. Otsby's takes on "Champion (Reprise)" and the closing passage "Crash" are showstopping moments.

For all the amazing performances on Television, however, the real star of the show is Somba, the producer, engineer and auteur. He's been honing his own sound ever since Sam. and Somba's 2017 debut EP The South Cove. This latest album is his most ambitious work to date. Yet even through long ambient passages and live thrash-metal breaks, his ambition never outpaces his abilities. Making beats and being an executive producer are two very different skill sets, but Somba was clearly born for both.

Expectations were huge for Television, and it absolutely delivers the goods. With help from an expanding cast of characters, 99 Neighbors have forged a cohesive album full of unexpected turns and beautiful moments. They blend hip-hop into EDM into R&B and make it all sound effortless. This is album-of-the-year material.

99 Neighbors perform this Friday, January 11, at the Higher Ground Ballroom in South Burlington. Television is available via most major streaming services or at 99neighbors.club.