6radley, 'Blood in the Water' 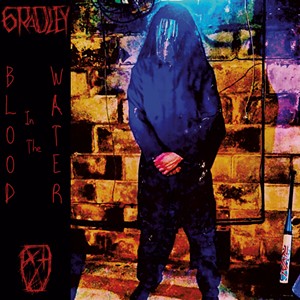 An October Instagram post from Bradley Yandow, aka South Burlington trap metal artist 6radley, shows a stack of pay stubs Yandow says he earned as a paper boy saving up for guitar lessons. "Been grinding for my music since 12," he wrote in the caption.

The singer, rapper and guitar player has indeed been on his grind, releasing three short EPs and a Christmas single this year. Before the trippy slice of yuletide trap, Yandow put out the three-song EP Blood in the Water on October 10.

Yandow pulls from pop, hip-hop, hard rock and nu metal across the trio of tracks. His stage fit — a Jason-style mask modified with blacklight paint and chain mail over the mouth, paired with a distressed flight suit — is in line with theatrical acts such as Slipknot, KISS and Eminem. If his work is any indicator, Yandow may well be a fan of all three.

It's also possible that he absorbed Marshall Mathers' early proclivity toward graphically violent lyrics. In "Rough Little Hole," Yandow creates a bloody scene in which his protagonist, shall we say, reclaims cash from the wealthy: "Leave you lying eyes wide / Dead in a wet ditch / Money clip / Credit cards / Taking all of it / Getting cash back / This was my money first, trash." At least the aggression is directed at a symbol of inequity instead of, say, women, as in Eminem's early hits.

Dude also has bones to pick with what he calls "the average religious zealot" with a "sense of superiority and entitlement," whom he addresses in "Communion." With its gloomy tones, heavy beat and distorted vocals, the EP's lead single is appropriately placed on Spotify's Dark Trap playlist alongside tracks by New Orleans horrorcore duo $uicideBoy$ and New York City trap metal duo City Morgue.

"Eat the Rich (GOD BETTER FALL IN LINE)" is a blistering referendum on capitalism and God himself, growled over a beat by Homele$$, a New Orleans beat maker whose music is featured on all three tracks. The overall mood is aggressive, but the hook is pure desperation: "God better fall in line / Cuz pushing us around can't be funny all the time."

Yandow isn't big on literary devices or intricate rhythms in his songwriting. Instead, he's straightforward and insistent — there's no missing his disdain for those who abuse positions of power. As he puts it in "Eat the Rich," "Words have never filled hungry mouths."

Yandow tore through 2020 with not only multiple releases but also a brand concept complete with visuals, a dramatic persona and even a logo. The full package shows Yandow's grasp on the importance of memorable visuals in the social media era. It also supports his strong point of view and should satiate local listeners looking for some hard-hitting catharsis.

Visit 6radley.com to find Blood in the Water on various streaming platforms.

Speaking of 6radley, Blood In The Water