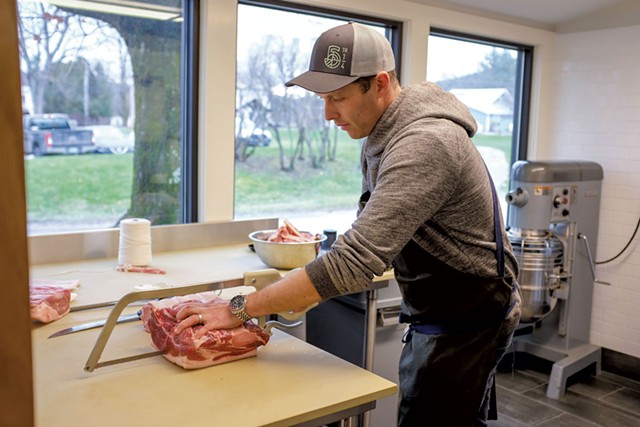 The Mad River Taste Place in Waitsfield has been a food lover's paradise since it opened in 2017. Stocked with Vermont's finest treats — and one of the best cheese counters in the state — the specialty grocery store couldn't get much better.

But on November 30, it did, with the addition of the 5th Quarter Butcher Shop.

Josh Turka, 36, started 5th Quarter in 2021, making whole-animal charcuterie at Babette's Table, a Waitsfield facility owned by Erika Lynch. He soon met "movers and shakers in the local food scene," he said, including Taste Place founder and owner Robin Morris and general manager Mary Tuthill. The latter was looking for summer help and offered him a job.

"[The Taste Place] is the home for all things good in the valley," Turka said. "Being here is such a great leg up for me." 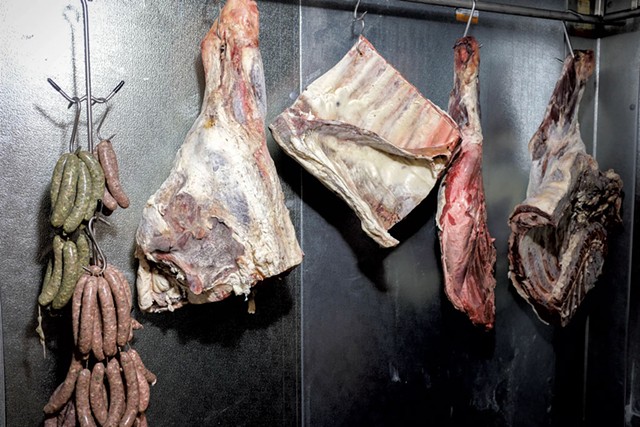 Tuthill knew that Turka's ultimate goal was a full-service butcher shop. As they worked and talked, the pair cooked up a plan for the underused classroom space in the store's back corner.

"Josh was looking for a place to set up, and it seemed silly to put him anywhere else in town," Tuthill said. "He has the same vision we do, in terms of working with farmers and really giving our customers the best of the best."

That 600-square-foot back corner is now home to a walk-in cooler full of dry-aging beef; a work space for breaking down whole cows, pigs and lambs; and a refrigerated display case. It's filled with everything from T-bone steak to soup bones to a rainbow of signature sausages, including chorizo verde and classic Italian-style fennel.

Turka began exploring whole-animal butchery six years ago in Boston, breaking down fish as a sous chef at Barbara Lynch's B&G Oysters. Then, at the Salty Pig, he learned to cure hams and make pâté and other types of charcuterie.

"Fast-forward, I was looking to get out of restaurants," Turka said. "I was tired of that lifestyle." He started working at M.F. Dulock, a Somerville, Mass., butcher shop specializing in pasture-raised local meats.

Two years ago, Turka and his wife moved to Vermont. "Even in Boston, a lot of the high-quality meat comes from Vermont. It was a no-brainer in that sense," he said. 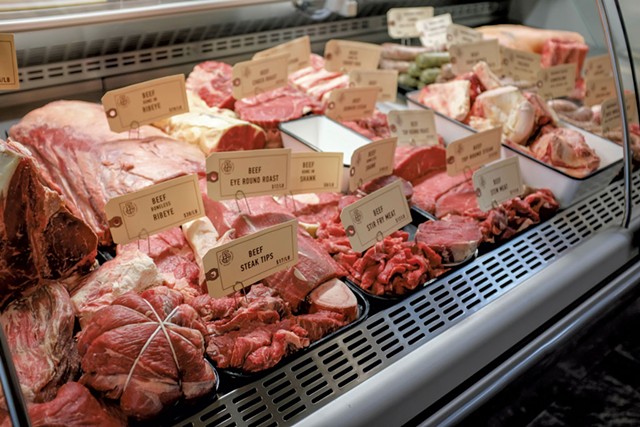 Turka named the business for "quinto quarto," the offal-heavy cuisine that he encountered while living in Rome in his twenties. Traditionally, he explained, animals were divided into quarters when they were butchered: the first for the nobility, the second for the clergy, the third for the bourgeoisie, the fourth for the army. The lowest classes got the leftovers that no one else wanted — the "fifth quarter."

At his shop, Turka highlights lesser-known cuts and encourages customers to be flexible and use all parts of the animal. When the short ribs are sold out, he suggests beef belly, which could be prepared the same way. He gets only two pounds of hanger steak for every 800 pounds of beef that comes in, so instead, he might point to a beautifully marbled Denver steak.

"I love hanger steak, and I'll sell it to you when I have it," Turka said. But offering alternatives, he said, "reminds people what an animal actually is and where the meat comes from."