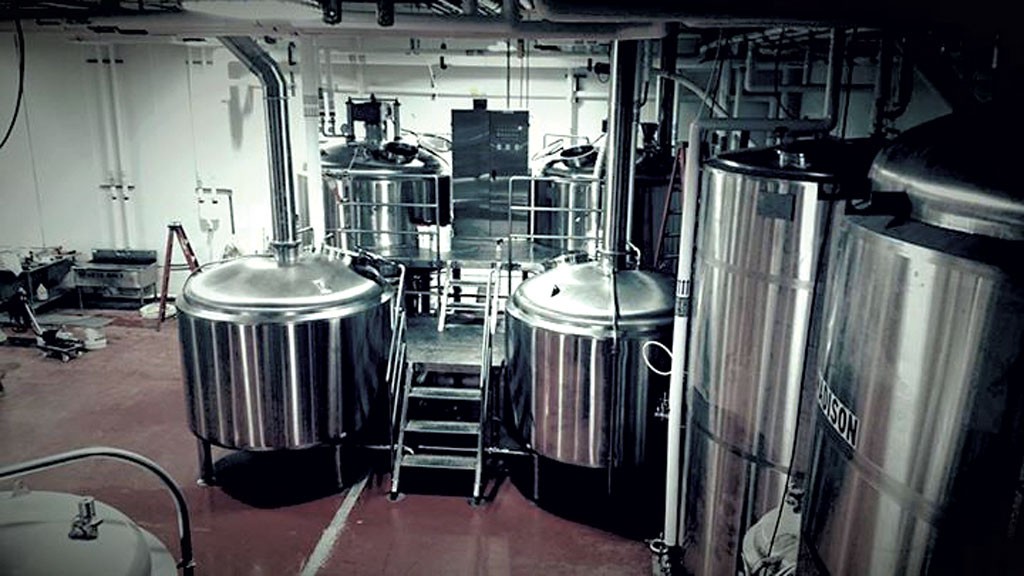 After about a week of boil-testing the kettles, 14th Star Brewing is gearing up for the inaugural brew in its new space in a former bowling alley, at 133 North Main Street in St. Albans. The new 30-barrel system will increase the brewery's output from the current 750 barrels per year to about 12,000 barrels at capacity.

While the new facility's focus will be squarely on beer production, it will also house a minimalist brewpub to open later this fall. "The real design behind the pub was to serve as an R&D ground for new beers," says brewery founder Steve Gagner. The brewery's original, much smaller brewing system will move to the new place, where Gagner plans to use it to pilot new beers, which will be road-tested on brewery visitors.

Ever embracing of the community spirit, Gagner says he expects the new brewery — located at the top of Main Street, blocks from the town center — to bring visitors to newly revitalized downtown St. Albans. The town is now home to a coffee shop, an indoor farmers market, several restaurants and a boutique. "There's a lot of cool stuff going on here," Gagner says. "Once people realize this is a cool place to be, they'll bring their friends back. The pub was really designed to be a draw for downtown."

Gagner plans to keep the downtown pub's menu ultra-simple: meats and cheeses, soups and sandwiches. "We understand that a lot of our success is due to St. Albans restaurants buying our beer and selling it to their customers," he says, "So if we were to show up and build a big restaurant, it would kind of do a disservice ... If you want something substantial to eat, there are great places in town."

Also in store for 14th Star: beer in cans. With help from Iron Heart Canning's mobile cannery and Farrell Distributing, Gagner says he hopes to have cans of Valor, Gallantry (a fresh version), Tribute, Maple Breakfast Stout and seasonal brews available statewide by the end of this year.

The first can release, slated for a to-be-determined date in November, will be a fundraiser for the local food shelf and the Vermont Foodbank, based on a simple exchange model. "You bring in cans of food, and we'll give you cans of beer," Gagner says.

With many locals facing a hungry winter, Gagner says the fundraiser is the least the brewery can do. "It's the kids that get me," he says. "Making sure the kids aren't going to school hungry. There's too much of that going on in our own community ... Everyone's busy, and when there's a food drive going on, you may not think of it, but if they're giving out craft beer, you're going to remember."

The original print version of this article was headlined "Operation Bigger, Better Brewery"