Judge Rules for Neighbors in Case Against Panton Dairy Farm 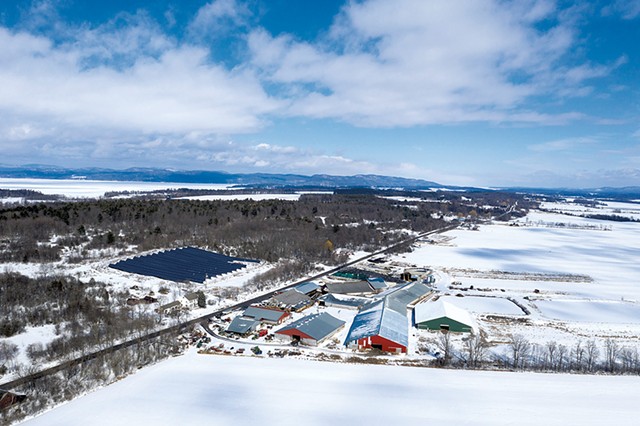 The decision by Superior Court Judge Mary Miles Teachout, following a civil trial held in December and January, does not specify how the three Vorsteveld brothers, who operate one of the 38 largest dairy farms in Vermont, must halt the pollutants. As Seven Days previously reported, the case also touched on broader issues in the dairy industry and how Vermont regulates farms.

Related A Dairy Farm Is Defending a Pollution Lawsuit. Some Say Vermont’s Regs Are on Trial

A Dairy Farm Is Defending a Pollution Lawsuit. Some Say Vermont’s Regs Are on Trial
By Chelsea Edgar
Agriculture
Neighboring landowners Vicki and Dennis Hopper sued Vorsteveld Farm in 2020, alleging that runoff was interfering with life at their lakefront home and the operations of their daughter’s grass-fed livestock farm, known as Aerie Point.

The problems began when the Vorstevelds installed a tile drainage system in 2017 as part of a farm expansion project, Teachout concluded in a 32-page decision. The drainage system turned periodic streambeds into constant flows of brown water and “black sludge” that had high levels of E. coli and phosphorus. One of the Hopper’s grazing fields was eventually covered with water, preventing their livestock from using it. Aerial photos displayed at trial showed the dairy farm runoff flowing into Lake Champlain.

The pollution amounts to a nuisance and trespass of the Hoppers' land, Teachout ruled. 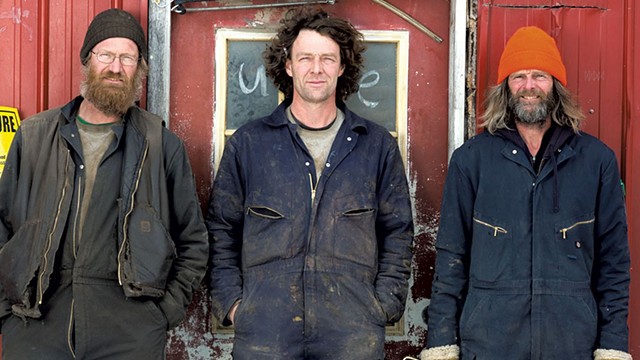 At trial, the Vorstevelds contended that the increased discharges were a symptom of climate change. Teachout was unpersuaded. While climate change may exacerbate the situation, she wrote, the Hoppers had proven by a preponderance of the evidence that the environmental changes were primarily caused by changes in the Vorstevelds' farming practices.

The Hoppers had asked the court to impose a remedial plan suggested by their expert witnesses that involved changes to the Vorstevelds’ crop patterns, installation of vegetative buffers and more. Teachout said the court does not have the authority to impose specific fixes, only to require the Vorstevelds to stop the nuisance and trespass.

Pollution Suit Against Large Dairy Farm Goes to Trial in Addison County
By Chelsea Edgar
Off Message
“The Farm should meet the obligation of every business or property owner to dispose of its own waste products responsibly rather than discharge them onto their neighbor’s land,” she wrote. “To prevent future trespasses and damage from nuisance, it is not necessary for Vorsteveld Farm to change its farming practices; it is only necessary that it manage its own waste.”

Who Wants to Work on a Vermont Dairy Farm? A Reporter Spent a Week Finding Out
By Chelsea Edgar
Agriculture
The Vorstevelds have previously faced state and local enforcement action over their land management practices, including a $21,750 fine by the Agency of Natural Resources in 2020 for improperly dredging and filling wetlands. The state environmental agency has received more than two dozen complaints about the farm over the last five years, but it did not intervene in the runoff issue, saying drainage disputes between adjoining property owners don’t fall within its jurisdiction, Seven Days previously reported. The Agency of Agriculture, Food and Markets didn't get involved, either.

"The Agency of Agriculture utterly failed to address the environmental problems here," the Hoppers' attorney, Rob Woolmington, said in an interview following the decision. "It required the court to do the job the agency should have done."

The Vorstevelds' attorney did not immediately respond to a request for comment.