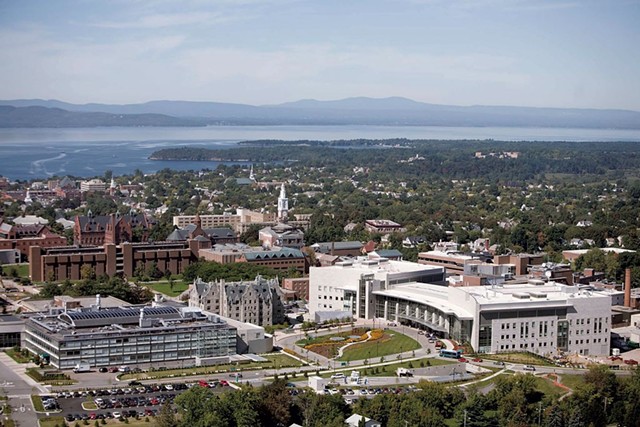 Vermont’s largest hospital is working with a local developer to build 61 apartments for its employees.

The University of Vermont Medical Center says it is investing $2.8 million into a soon-to-be-constructed apartment building on Market Street in South Burlington. The Snyder Braverman Development Company will own and operate the building and plans to break ground in the coming weeks.

UVM Medical Center leaders say the first-of-its-kind arrangement will preserve the apartments for hospital staff for at least the next 10 years in an attempt to attract new workers to the area.

"We believe strongly that we need to do something in the housing marketplace, because we try to hire people and there's nowhere for them to live,” Al Gobeille, executive vice president for operations at the UVM Health Network, said in a phone interview Wednesday.

House Impossible: How the Real Estate Rush and Other Factors Have Pushed Homeownership Out of Reach for Many Vermonters
Locked Out Series, Part 1
By Matthew Roy
Housing Crisis
The UVM Medical Center, like many hospitals around the country, has relied on an array of costly stopgap measures to keep its doors open during the pandemic. This year alone, the hospital expects to spend some $120 million on travel workers, overtime shifts and recruitment efforts.

Among the many factors driving the workforce crisis, hospital leaders say, is the lack of available housing in Chittenden County, where the rental vacancy rate hovers around 1 percent and the prospect of homeownership seems out of reach for many low- and middle-income earners.

The new building is expected to be completed by spring 2023. It will cater to permanent hospital employees, Gobeille said, though some units may be used as transitional apartments for people who take a job at the hospital without housing lined up.

“A lot of people move here but their family doesn't move with them yet because they haven't finished the school year,” Gobeille said as an example.

It’s not yet clear who would qualify for the building, how much the units would cost or what subsidies the hospital might offer. A committee will oversee the selection process to ensure it is "fair and equitable," Gobeille said.

UVM Medical Center Is Spending Tens of Millions of Dollars on Temporary Travel Nurses
By Colin Flanders
Health Care
In the unlikely event that there is not enough interest among the hospital's more than 8,000 workers to fill the building, some units may be offered to the general public, Gobeille said.

UVM Medical Center isn’t the only hospital jumping into the real estate business. Others around the country have made similar moves in response to tightening housing markets. That includes the Southwestern Vermont Medical Center in Bennington, which has bought and renovated four local homes in recent years to sell at a reduced price to staff.

Gobeille assured that UVM Medical Center is not viewing the arrangement as a profit generator, saying any money made from the investment would be used to subsidize rents for its employees.

“We're not entering a new line of business,” he said. "We see this as a benefit."
Prev
Next