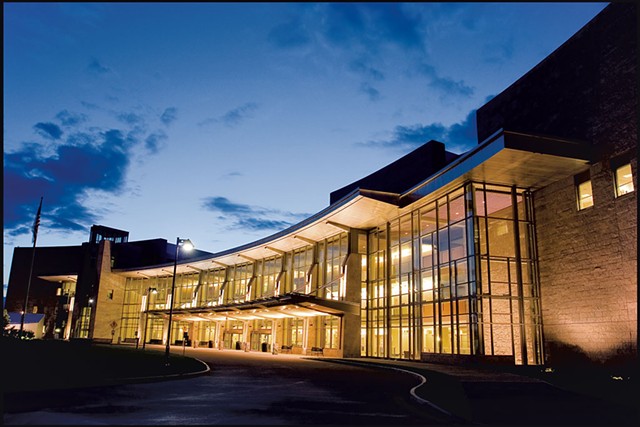 The University of Vermont Medical Center has declined to voluntarily recognize a group of physician residents seeking to form a union, a decision that will force the doctors-in-training to pursue a formal vote.

The 350 or so residents at the Burlington hospital asked for recognition last week after more than two-thirds signed up in support of joining the Committee of Interns and Residents, a New York-based union that represents more than 20,000 residents and fellows nationwide.

The hospital informed the group of its decision on Monday. In a statement to Seven Days, the hospital said it respected the right of its residents to "decide whether they want to join a union."

“We have encouraged the union seeking to represent our residents to work with the National Labor Relations Board on a process that will give everyone a voice," the statement read.

Unions that do not receive voluntary recognition can petition the National Labor Relations Board for an election. If a majority vote in favor, the union can start negotiations with management. A group of imaging technicians used that process to unionize after UVM Medical Center declined to recognize them last year.

Dr. Taylor Haring, a second-year anesthesiology resident involved in the recent drive, expressed disappointment in the hospital's decision and said the group would petition the labor board for a vote as soon as possible.

"Vermont's already very limited health care dollars are now going to be funneled toward a union-busting campaign, instead of being directed at the patient care we really need," Haring said.

Residency and fellowship programs are the final step in the path to becoming a doctor. The gigs, which last anywhere from three to seven years, depending on the specialty, provide vital on-the-job training under the supervision of established doctors.

But they are notoriously grueling, defined by long hours and little sleep. They also offer lackluster pay: A typical second-year resident at UVM earns just shy of $63,000. That shakes out to around $15 an hour when spread across an 80-hour work week — common for a doctor in residency.

Related UVM Nurses to Get 20 Percent Raises Over Two Years

UVM Nurses to Get 20 Percent Raises Over Two Years
By Colin Flanders
Off Message
“I love my job, and I love taking care of patients,” Dr. Becca Merrifox, a second-year resident on the pediatrics unit, said in a press release announcing the union's formation last week. “But as a resident physician some weeks I make less than minimum wage. We are locked into our contracts with no power to negotiate. It’s hard to take care of patients when you are worried about making ends meet.”

Organizing efforts at physician residency programs have increased during the pandemic as the frontline workers push for better pay and working conditions. The Burlington push began last year and picked up steam in recent months as inflation drove the area's already high cost of living to new heights, according to Haring.

The residents want wage increases pegged to inflation, he said, as well as housing stipends so that they can "actually afford to live here." He said some of the hospital's newest residents recently struggled to find housing they could afford in the area, forcing some to shack up in hotels.

"We want to be focusing on patient care, not worrying about paying rent or buying groceries," he said.

The union push adds a new layer of complexity to an already tenuous labor situation at the UVM Medical Center, which is just four years removed from a widely publicized nursing strike. A recently announced wage agreement brought some stability, pinning down what amounts to a 20 percent raise for nurses over the next three years.

But staffing shortages continue to plague the hospital, and nurses say they plan to push for better working conditions when the rest of their contract negotiations get underway this spring.

Residents — who handed out face masks, stickers and lanyards upon going public with their union effort — have been met with an almost universally positive response, Haring said. Even attending physicians, who supervise the residents, have been largely receptive, Haring said, with all but one he spoke with expressing support.

"They said they thought this was a great idea and that it was well past due," he said. "That really mattered a lot to us."
Prev
Next