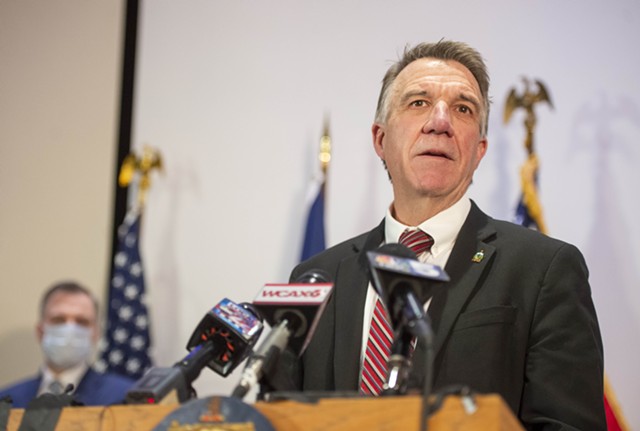 Gov. Phil Scott on Monday vetoed a bill that would have allowed 16- and 17-year-olds in Brattleboro to vote in local elections and run for local office.

Scott said he worried the measure, H.361, would only exacerbate a pattern of inconsistent voting laws in the state. Last year, he also vetoed charter changes in Winooski and Montpelier that would have given noncitizens the right to vote, citing similar concerns. (The legislature later overrode the vetoes.)

“I do not support creating a patchwork of core election laws and policies that are different from town to town,” Scott wrote in his latest veto message. "The fundamentals of voting should be universal and implemented statewide.”

On Town Meeting Day in 2019, Brattleboro voters overwhelmingly approved changing the town charter to lower the voting age, with 68 percent approving the idea. Supporters argued that the change would help engage more young people in local issues and give them more of a say in the future of their community. It would also allow youths to serve on the town selectboard and as town meeting members in Brattleboro's representative form of the Vermont tradition.

The legislature — and governor —  must approve all changes to municipal charters before the rules can take effect. Lawmakers did so on February 11. The 20-9 vote in the Senate saw two Democrats joining all seven Republicans in voting against the measure.

In addition to citing inconsistency in local voting rules, Scott noted that in criminal matters, lawmakers have often pushed to raise the age of accountability.


“They have argued this approach is justified because these offenders are not mature enough to contemplate the full range of risks and impacts of their actions,” Scott wrote.

He noted that testimony in support of increasing the age of accountability for youthful offenders described them as “more volatile; more susceptible to peer influence; greater risk-takers; and less future-oriented than adults.”

So far this session, Scott has vetoed bills that would have tightened gun control laws and created a registry for contractors.

Last year, Scott vetoed Winooski and Montpelier's proposed charter changes to allow noncitizen voting.  House lawmakers overrode that veto by a 103-47 vote, and noncitizens in those cities can cast ballots for the first time on Tuesday, Town Meet Day.
Prev
Next