Bald Eagle Removed From Endangered List in Vermont | Off Message 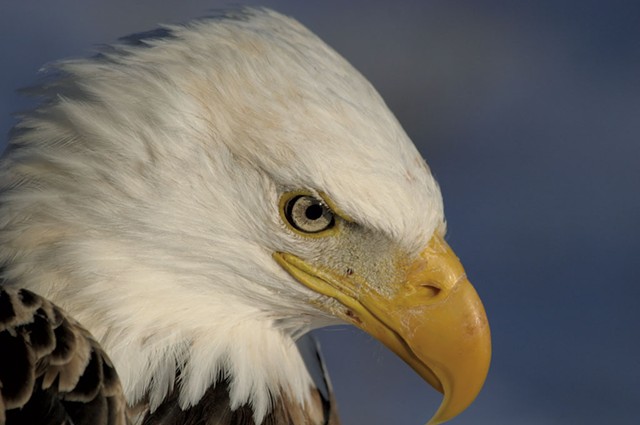 Following a successful recovery effort, Vermont wildlife officials have removed the bald eagle from the state list of endangered and threatened species.

In 2008, there was just one breeding pair confirmed in the state, in Concord, east of St. Johnsbury. Two more nesting sites were identified in 2009.

But by 2020, the number of fledgling eagles had risen to 64, after recovery efforts that included protection of nests, annual surveys and public education.

“The bald eagle’s de-listing is a milestone for Vermont,” wildlife division director Mark Scott said in a release. “This reflects more than a decade of dedicated work by Vermont Fish & Wildlife and partners. It shows that Vermonters have the capacity to restore and protect the species and habitats that we cherish.”

There were an estimated 100,000 bald eagles in North America prior to European settlement. Their numbers plunged as people clearcut forests, hunted the birds for trophies, killed off their prey, and poisoned them — particularly in the 1950s and 60s — with chemicals such as DDT, an insecticide, according to Vermont’s 2010 Bald Eagle Recovery Plan.

By the 1960s, officials estimated that fewer than 100 breeding pairs remained in the northeastern U.S.

Bald eagles were first listed as a federal endangered species in 1967, with protections expanded in the 1970s. Vermont first listed them as state-endangered in 1987.

National recovery efforts included banning DDT, reintroduction, and breeding habitat protection, which helped the population rebound to 10,000 pairs in the lower 48 states by 2007.

States surrounding Vermont, particularly coastal areas of Maine, have seen far stronger population recoveries. Vermont is the last state in the Northeast to remove the eagle from its list because the recovery here has lagged, said Rosalind Renfrew, the state's wildlife diversity program manager.

As breeding pairs began making appearances in Vermont, the state passed the 2010 recovery plan to ensure the iconic creatures could flourish here, too.

The plan called for annual surveys of breeding and non-breeding pairs, and working with property owners to keep buffer zones of at least 310 feet around known nesting sites, which eagles often use year after year.

One such nesting site slowed a pilot's proposal to build a private airstrip in North Hero in 2018. The pilot ultimately pulled his application.

Cleared for Takeoff? Airstrip Proposal Rattles North Hero Residents
By Sasha Goldstein
Development
The recovery plan also called on wildlife officials to patrol nesting sites to prevent disturbance, check eggs for problems when possible, and work with groups such as the Vermont Institute of Natural Science and Audubon Vermont to report sightings and increase public awareness.

The plan identified Lake Champlain, the Connecticut River and dozens of other water bodies as key habitat for the eagles, which largely prey on fish. It called for delisting the eagles when the population reached at least 28 successful breeding pairs within 1.5 miles of state borders.

A number of federal and state protections remain in place to protect the birds, and the state will continue to work with groups such as Audubon to monitor their recovery, Renfrew said.


"It's not like we're going to stop keeping an eye on them," she said. 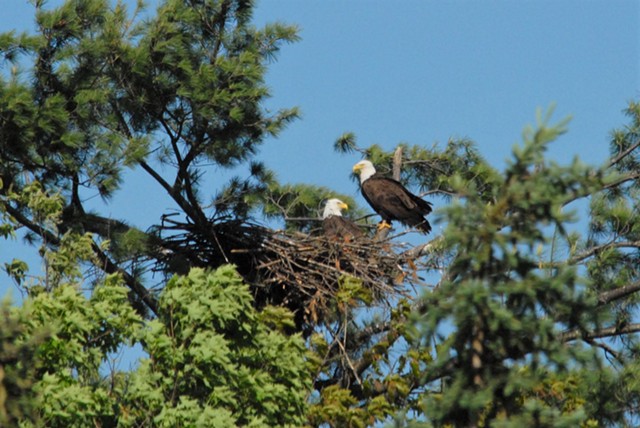 Along with the eagle announcement, which has been in the works for months, the Vermont Fish & Wildlife Department also delisted a flowering woodland plant called the short-styled snakeroot.

But the agency added to the endangered list the American bumblebee, a species of freshwater mussel called the brook floater, and two plant species — Houghton’s sedge and rue anemone. The Eastern meadowlark was added as threatened.

The department also noted that three areas essential for the survival of threatened or endangered species — the common tern, Eastern spiny softshell turtle, and three bat species — had been listed as critical habitats.