Former Lt. Gov. David Zuckerman to Run for His Old Job | Off Message 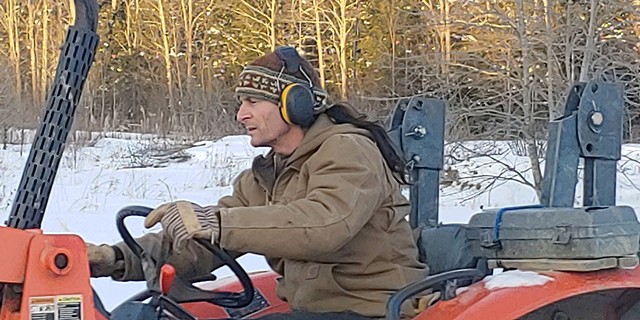 Former lieutenant governor David Zuckerman announced on Monday that he wants his old job back, making him the sixth candidate to officially join the race for Vermont's second-highest office.

The Hinesburg farmer and prominent state Progressive served two terms as lieutenant governor before running for governor as the Democratic nominee in 2020 and losing badly to Republican Gov. Phil Scott.

Another gubernatorial run this November against the popular incumbent would "likely be a futile endeavor," Zuckerman said. Instead, he sees a return to his former post as the best way for him to continue advocating for issues working Vermonters care about, such as raising the minimum wage, addressing the climate crisis, expanding broadband access and expanding affordable housing.

“There is a real opportunity to talk with everyone, from students in schools to business owners and community groups, about how to really be effective in creating the changes we want to see,” Zuckerman told Seven Days.

First-term Lt. Gov. Molly Gray's decision to run for Congress has set off a frantic scramble to replace her in the largely ceremonial position presiding over the Senate. Every week of 2022 has brought a new campaign announcement.

Last week, former Danville representative Kitty Toll, who chaired the influential Appropriations Committee until retiring in 2020, confirmed she would seek the office as a Democrat.


Others still have time to get in the race. Anson Tebbetts, secretary of the Agency of Agriculture, Food and Markets, recently told Seven Days that he was also contemplating a run.

Zuckerman's statewide name recognition could give him an advantage over a field crowded with candidates who’ve never sought statewide office. Most of the other Democrats are more moderate than Zuckerman.

“I think the more choices Vermonters have, the better,” he said.

Zuckerman, 50, said he will again seek the nominations of both the Democratic and Progressive parties. Whether voters will reward or tire of his brand of hippie-farmer populism may depend on whether his criticisms of Scott can gain traction as the pandemic drags on.

Zuckerman and his wife, Rachel Nevitt, run a 20-acre vegetable farm. The ponytail-sporting politician shared recent photos of himself driving a tractor across a snowy landscape, bundled up against the cold, as well as a campaign launch video from the farm.

He said he plans to remind voters that Scott has vetoed a number of key pieces of legislation that are important to voters, including paid family and medical leave and a rental housing registry.

“He has vetoed more bills than any governor in Vermont history, and for the moment, people have forgotten that because we are all absorbed with COVID,” Zuckerman said.

Concentrating on COVID-19 was appropriate, Zuckerman said, but as the state emerges from the pandemic, he sees a need to refocus on the economic and social inequities that have only been exacerbated by it.

“The cost of living is rising and wages are not keeping up, our rural economy is struggling, and the climate crisis is wreaking havoc on our environment,” Zuckerman said in a release. “Politicians say we need to get back to normal. But for many, pre-pandemic normal was an everyday struggle. The time for bold action is now.”