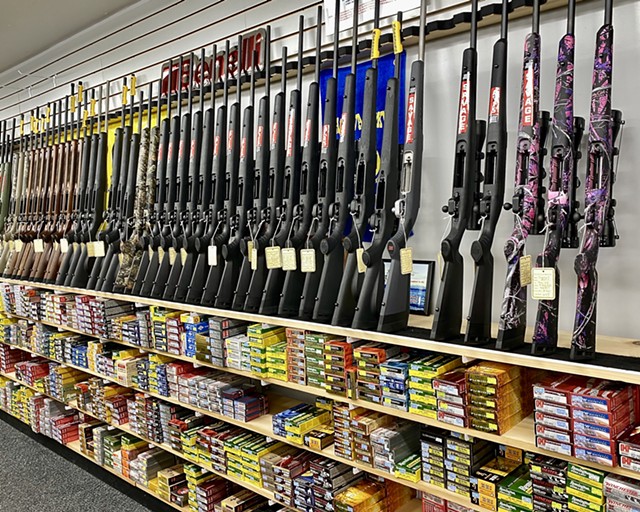 A bill that would ensure people can’t buy a firearm unless they pass a Federal Bureau of Investigation background check is likely headed to Gov. Phil Scott’s desk.

S.30 would close the so-called “Charleston loophole" that allows people to buy guns if the FBI hasn’t finished a required background check within three days. The gap in federal firearms law is so named because it’s how a 21-year-old white supremacist in 2015 was able to buy the .45-caliber pistol that he used to kill nine members of a bible study group at Mother Emanuel AME Church in Charleston, S.C.

The Senate approved the bill by a 21-9 vote. All seven Republicans in the chamber opposed the bill, as did two conservative Democrats, Sen. Dick Mazza (D-Grand Isle) and Sen. Bobby Starr (D-Essex/Orleans).

The House has already passed a previous version of the bill by a vote of 97 to 49.  Because it was amended, it will be sent back to the House, likely Tuesday.

The previous version extended the waiting period from three days to 30. But since background checks are only valid for 30 days, senators changed it to say no one can buy or sell a firearm unless the FBI background process is complete and the person approved.

“In other words, if your background check is not complete, you cannot go ahead with the sale, and that is a complete and total closing of the Charleston loophole,” said Sen. Phil Baruth (P/D-Chittenden).

Baruth noted that 90 percent of background checks are completed in minutes, and 97 percent within the three-day window. Those that take longer often involve an issue that requires more investigation, making it particularly unsafe to allow those sales to proceed until the check is complete, he said.

After the vote, Senate President Pro Tempore Becca Balint (D-Windham) said in a statement the lives of the Charleston victims “were in my heart today as we closed that gap.”

“With gun violence on the rise over the past year, it is clear that we need this legislation to protect Vermont families and save lives,” Balint said.

The bill also contains provisions that bar people from bringing firearms into hospitals.

It’s unclear if Scott will sign the bill. He expressed skepticism about the earlier iteration at his press conference on Tuesday, and reminded people that he passed sweeping gun safety restrictions in 2018. Despite significant opposition from gun-rights groups, Scott signed into law bills that require universal background checks, raised the legal age to buy a gun to 21 and banned the sale of high-capacity magazines.

“The Governor has said he’s not opposed to considering proposals that would address the ‘Charleston loophole,’" Maulucci wrote. "[H]owever, since calling for and signing Vermont’s first ever major gun safety reforms, he believes new restrictions aren’t necessary and that we should instead focus on improving underlying causes of violence.”
Prev
Next