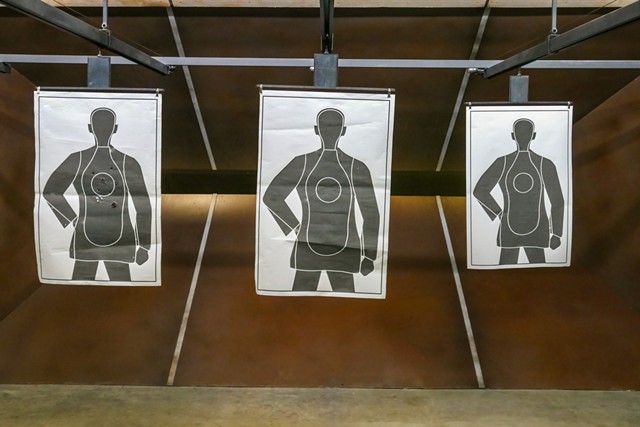 The Vermont Supreme Court affirmed a lower court's order that Daniel Banyai must shut down his unpermitted firearms training compound in West Pawlet, where he has been accused of intimidating neighbors.

Justices also upheld a $46,600 civil fine that the lower court had imposed on Banyai in March 2021.

Banyai has operated a tactical firearms "school," which he dubbed Slate Ridge, on his wooded property for several years. During that time, he's published anti-government statements, aligned himself with the far-right militia movement, and sent threatening messages to neighbors and local officials, a VTDigger.org investigation in 2020 revealed. He built and advertised the compound even as he faced felony firearms charges in New York State, which prevented him from legally possessing guns in that state.

Banyai's legal troubles in Vermont have been limited to land-use issues. Much of the Slate Ridge compound was built without proper permits in place, state courts have now repeatedly ruled. The Town of Pawlet has twice issued notices of violation to Banyai for erecting unpermitted structures. He did not appeal those land-use orders, but later objected to them.

State Officials Defend Response to Controversial Firearms Training Center
By Colin Flanders
Off Message
The chain of events surrounding Banyai's zoning compliance is complex, and at one point the town zoning administrator did grant Banyai a permit for a "school building" structure on the property.

The Supreme Court, however, rejected Banyai's appeal on straightforward, if technical, grounds. Because Banyai did not appeal the town's notice of violation, "he is barred from challenging its validity in this enforcement action," the justice wrote in a unanimous opinion issued Friday.

Wild West Pawlet: Shooting Range’s Neighbors Plead for Government Help — and Get None
By Dave Gram
Fair Game
The justices further determined that the civil fine imposed by Environmental Division Judge Thomas Durkin was reasonable. They noted that the fine, assessed at $100 per day of the zoning violations, was half of the $200 daily fine authorized in statute.

The injunction upheld Friday requires Banyai to remove all violating structures from his property and to hire a surveyor or engineer to complete a site plan of the property to submit to the court and the town to verify that he has complied.