Scott Makes Vermont's Workforce His Priority for 2022 | Off Message 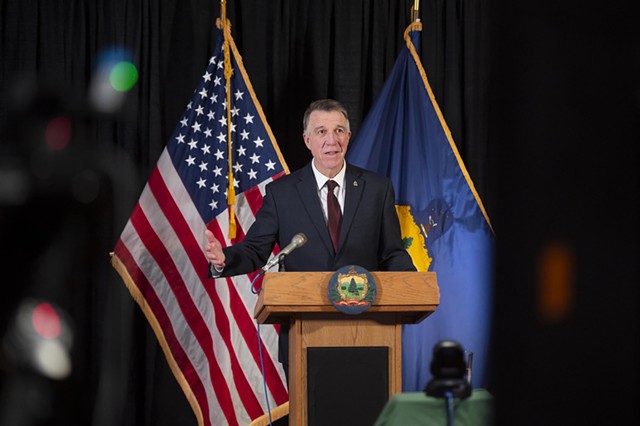 Gov. Phil Scott painted a bright picture of Vermont’s future Wednesday as he called on lawmakers to look past the dark days of the pandemic and to aid recovery by boosting the state’s shrinking workforce.

In his State of the State address on the second day of the new legislative session, Scott urged lawmakers to spend billions in federal aid wisely to ensure the state has the nurses to care for patients, the childcare workers and teachers to educate the young, and the tradespeople to build and weatherize homes.

“I am more optimistic than I have ever been that this future is within our grasp,” Scott said in a speech delivered virtually to lawmakers. “But we have got to work together so we do not squander this once-in-a-lifetime opportunity to truly transform our state.”

In tones both earnest and uplifting, Scott described Vermont as strong and “growing stronger every day” thanks to hundreds of millions of dollars in ongoing investments in housing, broadband, infrastructure projects and economic programs.

But he also enumerated a litany of challenges, nearly all of which he said were connected to an acute worker shortage that has left “tens of thousands of jobs unfilled” and threatens economic recovery.

Two years ago, Scott noted, just before the pandemic struck, he told lawmakers he worried that only three counties in the state has added workers, while 11 had lost them. Since then, all 14 Vermont counties have lost workers.

“It’s clear that while the pandemic didn’t create this problem, it has made it much, much worse,” Scott said.

The state’s labor shortage is so persistent because it is “intertwined with our other big challenges” such as housing and education, he said. This creates a “vicious cycle” in which businesses can’t attract workers because they can’t afford housing, and communities can’t attract new families because shrinking school enrollment leaves schools with fewer academic and extracurricular offerings.

Scott returned to the central theme of his governorship — making the state more affordable. “I believe our high cost of living has contributed to a declining workforce and stunted our growth,” he said.

More taxpayers and a more robust economy would broaden the tax base and reduce the tax burden on residents, but so would lowering tax rates, he argued.

He called for “progressive tax relief package” that provides tax breaks to people who need them, such as retirees, middle income families and young workers. He provided few details, but called for eliminating the tax on military pensions, a proposal that plays well with voters but has never made it past lawmakers. A compromise to exempt $10,000 in pensions from taxes failed last year.

Granting tax breaks — even targeted ones — when the state faces so many huge educational and environmental challenges is not something Senate President Pro Tempore Becca Balint (D-Windham) supports.

“Of course we want to give taxpayers relief whenever we can,” Balint said in an interview after Scott’s speech. The problem, she added, is paying the state's bills.

She was referring to teacher benefits, which — along with pensions — have been underfunded, she said.

Balint and House Speaker Jill Krowinski (D-Burlington) outlined their own legislative priorities, many of which mirrored Scott's, such as housing, education and workforce development.

The Democratic leaders also noted how Scott’s priorities appeared to diverge from theirs. While Scott acknowledged the need to “modernize law enforcement policy,” he added that “police and other first responders are essential to public safety.”

Balint, meanwhile, said she’s interested in creating “accountability” in law enforcement, favoring the end of qualified immunity for police officers, which protects them from the being sued for violating people’s civil rights.

And while Scott made a limited reference to mental health in his speech, Krowinski said it lacked detail. Scott mentioned expanding the mobile crisis pilot and suicide-prevention programs.

“I didn’t hear something we are deeply concerned about, which is the waitlist and access to mental health providers,” Krowinski said, calling that a “huge problem.” 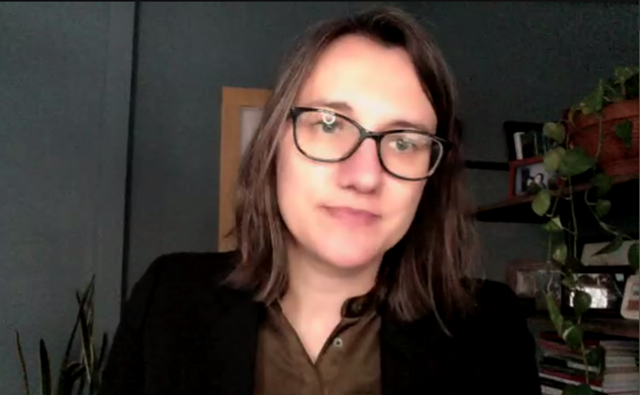 Sen. Kesha Ram (D-Chittenden) released a statement saying Scott’s speech "did not address the true state of our State.”

“He spoke to the need for more affordable housing and child care, and yet, he insisted on no new revenue. He wants to keep schools and businesses open, and yet, he still has not delivered on safety and testing. He wants to welcome refugees, and yet, he vetoed their right to vote locally,” Ram wrote.

Scott offered few details on how he would address the housing shortage beyond urging more money be spent on it. He asked for an additional $80 million before the end of the fiscal year for “decent, affordable homes for middle income families,” and another $100 million next year, details of which he’ll release in his budget address in two weeks.

Scott also again called for modernization of Act 250, the state’s 51-year-old land-use law, which he said thwarts development. He proposed expanding tax credits for downtowns to spur development. And he argued for “more tools to revitalize” shuttered campuses like Green Mountain College and old industrial sites like the Jones & Lamson metalworking factory in Springfield.

The speech included plenty of political rhetoric free of policy detail. He honored the late Gen. Colin Powell, a centrist who didn’t seek credit for his accomplishments, suggesting lawmakers should follow his example. And he urged Vermonters to get involved in their communities by joining their local school board, welcoming a refugee family or volunteering at a senior center.

“It’s the little things, along with the big, that will make certain we meet this moment," Scott said. “We have a big job ahead of us, but a brighter future is within our grasp.”
Prev
Next