Mike Smith, a Key Leader in Vermont's Pandemic Fight, Is to Retire | Off Message

Mike Smith, a Key Leader in Vermont's Pandemic Fight, Is to Retire 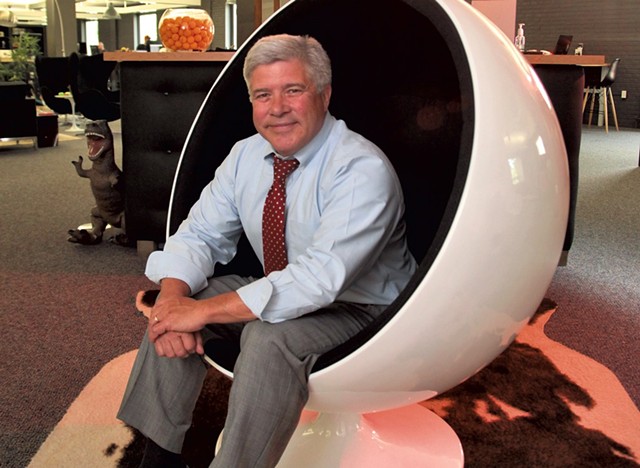 Human Services Secretary Mike Smith, who has been a key leader in Vermont’s response to the pandemic, will retire at the end of the year.

“Mike helped lead our world-renowned vaccination rollout, worked tirelessly with our health care providers to keep the system working, helped build our testing capacity and so much more,” Scott said. “This is all on top of his day job, leading the largest agency of state government.”

Smith will be the third prominent official to leave the administration in short order, after departures by Fish & Wildlife commissioner Louis Porter in October and administration secretary Susanne Young last month.

Smith, 68, is a former Navy Seal who represented the Woodstock area as a Republican in the House of Representatives from 1977-78. This was his second stint leading the largest state agency, whose 3,500 employees manage corrections, mental health, child protection, public health and publicly funded health insurance programs. He previously served in the role under Republican governor Jim Douglas after serving years as Douglas' secretary of administration.

In late 2019 Scott asked Smith to take his old job back after Al Gobeille resigned and later took a position at the University of Vermont Health Network.

In the statement, Smith said the pandemic had caused him to stay in the $154,000 position longer than he had planned, and that he’d hoped the state’s vaccinations and other measures would by now have resulted in far lower transmission rates.

“The Delta variant has made our jobs a bit more difficult, but nonetheless, we have testing and vaccination programs that are the envy of the rest of the country and we have protected many Vermonters from the more serious outcomes of this virus,” he wrote.

Smith has been an unflappable, often blunt presence at Scott’s weekly press conferences, occasionally allowing himself a wry quip to lighten the mood.

Smith joined the Navy's elite special ops team at 19 following a rough upbringing in Woodstock, he told Seven Days in 2015.  Smith credited the four years he spent parachuting, scuba diving and detonating explosives underwater for turning his life around.

In his varied career in state government and business, Smith earned a reputation as the state’s "interim fixer-in-chief" for willingness to try to right troubled organizations.

In 2010, he came to the rescue of FairPoint Communications and spent four years helping one of the state's largest providers of phone and internet service claw its way back from bankruptcy.

He was hired by the board that oversees the state’s 911 call centers to help it improve a system plagued by outages. And in 2015 he agreed to serve as interim president of the cash-strapped Burlington College after students of the small liberal arts school convinced the president to resign. The school closed in 2016.