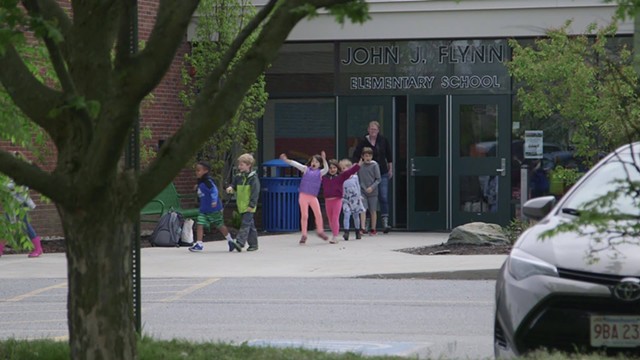 The principal and assistant principal of Burlington's J.J. Flynn Elementary School, as well as the district's human resources director, are all on leave amid investigations that began after the assistant principal allegedly restrained a student inappropriately, district Superintendent Tom Flanagan told families and staff in an email on Thursday.

Both the Vermont Department for Children and Families and the state Agency of Education are investigating Herb Perez, assistant principal of the preK-5 school, for his alleged actions, according to Flanagan. Once the Burlington School District learned of the investigations, Flanagan wrote, it placed him on paid administrative leave last week and began its own probe using an "experienced independent investigator to ensure that this work is conducted expeditiously and thoroughly." Until last year, Perez was an assistant principal of Burlington High School.

During the investigation, the district learned from the Agency of Education that head principal Lashawn Whitmore-Sells' professional administrator license had expired, "making it illegal for her to serve in this capacity." She was also put on leave last week.

Whitmore-Sells, is not currently listed as licensed in the Agency of Education's educator database, though Perez  is.

Whitmore-Sells has worked in the school district for many years and formerly served as principal of Burlington's Sustainability Academy. She filed a grievance against the district in 2019 after the school board initially rejected her for the Flynn principal position.


"We are also obligated to investigate Principal Whitmore-Sells’ connection to the alleged inappropriate restraint mentioned above and subsequent reporting requirements of a principal," Flanagan wrote.

Susan "Ze" Anderson-Brown, who works in the school district's central office as the human resources director, was also put on leave because she did not let Flanagan know that Whitmore-Sells' license had lapsed, the superintendent wrote.

Emails Detail Conflict in Choosing Burlington School Principals
By Derek Brouwer
Education
Because of privacy issues, Flanagan said that he could not share more details about the situation. Shelley Mathias, who was principal of Burlington's Edmunds Elementary School before retiring from the district in 2020, will take on the principal role at Flynn for the time being, he said.

The district will use restorative practices — a non-punitive method for resolving conflict and repairing harm — "to process this complex and challenging situation with adults and then with students," Flanagan wrote. He closed by saying that in order for students to "experience a sense of normalcy," the district would "conduct school as usual" and weave restorative conversations into the school day.

Perez, Whitmore-Sells and Anderson-Brown did not immediately return requests for comment on Thursday afternoon.