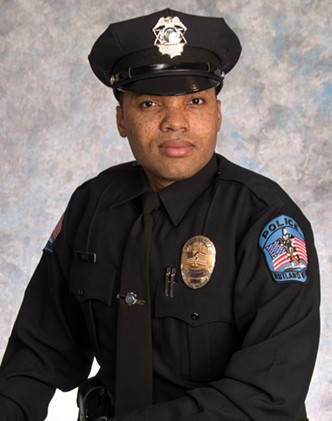 The Vermont Attorney General will not bring criminal charges against a Rutland police officer who shot and killed a man inside a McDonald's bathroom in August.

Rutland City Police Cpl. Christopher Rose was justified in shooting Jonathan Mansilla because Rose reasonably feared for his safety, Attorney General T.J. Donovan said in a press release Wednesday. Rose told investigators he believed Mansilla was holding a weapon as the man ran toward him from a bathroom stall. The object was a cellphone.

Donovan made the charging decision after his office reviewed investigative materials provided by the Vermont State Police, which probes police shootings by other agencies. The attorney general's office did not immediately release those materials publicly.

Rutland-area police were pursuing Mansilla on August 25 for an alleged hit-and-run in a Goodwill parking lot. He fled police multiple times and later crashed into a UPS truck at the intersection of Allen Street and U.S. Route 7. Mansilla then ran into the nearby McDonald's, with Rose following close behind.

Rutland City Cops Have Shot Three People in Two Years — and They Don’t Wear Body Cameras
By Derek Brouwer
Crime
The shooting occurred inside a single-stall restroom where no one else was present. It was not captured on video or audio, in part because Rutland City police do not wear body cameras. The moments before the fatal encounter were captured on police cruiser video and on McDonald's surveillance cameras, according to law enforcement.

Vermont State Police do not allow officers who are the subject of an investigation to view video evidence before providing a statement. Rose, however, was able to watch his cruiser video because his own police department provided it to him. Despite this, Vermont State Police interviewed Rose because the video he reviewed did not capture the shooting itself, investigators previously said.

Rose's recollection of events is woven through the attorney general's written explanation of his decision. In particular, the press release notes that Rose saw Mansilla grab an unknown item from his car before running inside the McDonald's. Rose's recollection was "as depicted on the cruiser video," the AG's office wrote in its press release.

The release provides additional information about how the encounter inside the fast-food restaurant unfolded.

Mansilla, according to the attorney general's office, ran past two families in the dining area and went directly into the men's restroom. Rose arrived seven seconds later and tried to push open the door. He "was unable to open the door due to apparent resistance from the other side of the door," according to Donovan's office.

Rose then stepped away from the restroom and used his radio. He pushed the door open again and entered with his gun drawn.

According to the AG's office, Mansilla, who was inside the locked stall, did not respond to an order to show Rose his hands. Nine seconds later, he "abruptly exited the stall and ran towards Corporal Rose, while screaming, with his arm raised around head level and carrying in his hand what Corporal Rose believed to be a weapon."

Rose shot Mansilla twice in the chest; his body fell to the floor of the hallway outside the restroom door.

Man Fatally Shot by Rutland Cop in a McDonald's Was Holding a Cellphone
By Sasha Goldstein
Off Message
The AG's office wrote that Rose's account of the events in the bathroom "was corroborated by an independent eyewitness." Donovan's chief of staff, Charity Clark, said the eyewitness was a McDonald's employee who was sitting in a dining booth.

The attorney general concluded that Rose's decision to enter the restroom was not unreasonable "given the information that he possessed at the time." By running "directly at Corporal Rose in an aggressive manner with what appeared to Corporal Rose to be a weapon in his hand," Mansilla had given Rose "only a split second in which to respond," the release said.

"Therefore, under the totality of these circumstances, during and leading up to the shooting, a reasonable officer in Corporal Rose’s situation would have concluded that there was no alternative to the use of deadly force to prevent death or serious bodily injury," the attorney general wrote.

A relative of Mansilla's has questioned whether lethal force was necessary and suggested that Mansilla's behavior was a panic response.

Mansilla had pending probation violations out of Connecticut at the time of his death, Vermont officials later learned.

"We certainly agree with the AG’s decision," Kilcullen said.
Prev
Next