Amid Hospital Crunch, VA to Offer Mental Health Beds to Nonveterans | Off Message 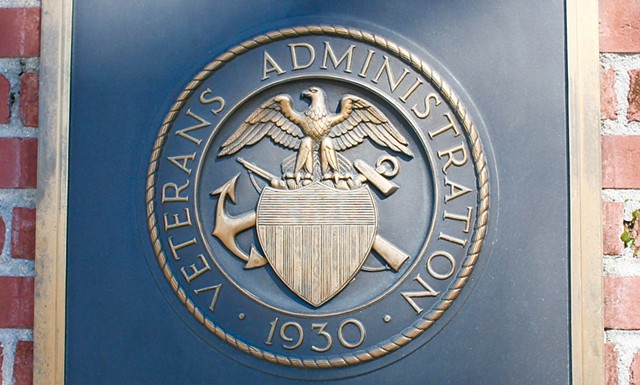 The Department of Veterans Affairs has agreed to temporarily allow nonveteran mental health patients to receive inpatient care at its White River Junction location in an effort to alleviate the pressure on Vermont's health care system.

The state-federal agreement will provide access to as many as 10 inpatient mental health beds for civilian Vermonters, as long as no veterans would otherwise need the space. It went into effect Monday and will last 30 days.

“The VA has an enormous amount of skill and experience in the area of mental healthcare,” Emily Hawes, Vermont's commissioner of mental health, said in a press release. “We are fortunate that they are willing to help us out and open their doors to non-veterans for a period of time."

The agreement comes at a time when Vermont hospitals say they are inundated with mental health patients seeking emergency care. With only a handful of empty psych beds across the state at any given time, many patients have been stranded inside hospital emergency departments — sometimes for days on end.

The VA agreement is among several efforts meant to address these bottlenecks. Last week, the state broke ground on a 16-bed psychiatric facility in Essex. The center will replace a Middlesex facility that was built as a temporary stopgap measure after Tropical Storm Irene destroyed the Vermont State Hospital in 2011.

Vermont's Psychiatric Bed Crisis Befuddles Policymakers
By Alicia Freese
Health Care
The Essex facility, estimated to cost about $15.5 million, will serve people who no longer need to be hospitalized but are not yet ready to return home, freeing up hospital beds in the process. The state hopes to complete the project by late next year, and patients are expected in 2023.

The Brattleboro Retreat is also working to bring 21 mental health beds back in service after a number of staff members resigned in the wake of a vaccine mandate there, Human Services Secretary Mike Smith said this week.

Aside from mental health patients, hospitals are also treating a large number of people who could otherwise be cared for in less acute settings, such as long-term care facilities. But these facilities are facing significant staffing shortages, officials say, reducing the number of available beds.

Smith said earlier this month that 74 hospitalized patients fell into this category. More than half were at the University of Vermont Medical Center.

Aiming to reduce these numbers, the state announced plans last week to spend up to $1.4 million on temporary workers who could help staff as many as 80 more long-term beds across three facilities: Burlington Health and Rehab Center, Mountain View Center in Rutland, and St. Albans Healthcare and Rehabilitation.

Forty-four of those beds are now available, Smith said Tuesday, and 18 people have so far been transferred into them.
Prev
Next