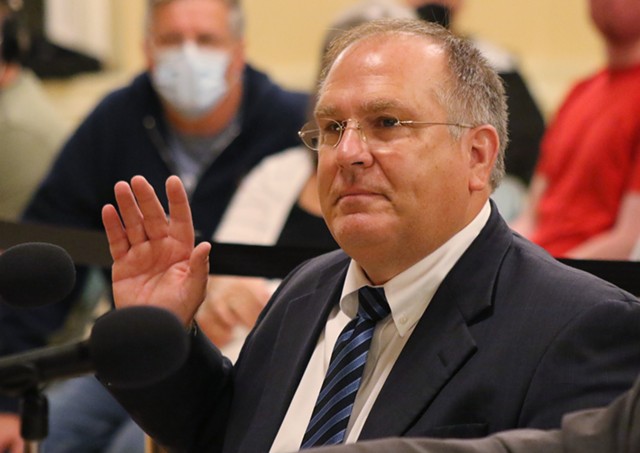 Gene Richards, who was fired last month from his job as director of the Burlington International Airport, has sued the City of Burlington in an attempt to regain the post.

The suit, filed in Chittenden Superior Court on October 12, also demands that
Richards be given the full, complete documents related to an investigation into his conduct. If he gets neither his old position nor those papers, he argues, he should receive “a proper post-termination due process hearing, compensatory damages for lost income” and his legal fees.


In a statement Thursday night, mayoral spokesperson Samantha Sheehan said that the city was aware of the suit but had yet to be served.

"The City disputes the substance and supporting statements of the appeal and at the appropriate time and manner will reply through counsel," she wrote.

Richards was placed on leave June 30 after a complaint about his conduct. The union that represents airport workers urged the city to fire him. But Richards refused to step down, and on August 27, Mayor Miro Weinberger said he would begin the process to fire him.

A report conducted by workplace investigator Anita Tinney had found that Richards regularly used profanity and "physically intimidating behavior" against airport employees and called them "useless and ungrateful to their face." The verbal abuse was so damaging, the report said, that many employees had left or were considering leaving. 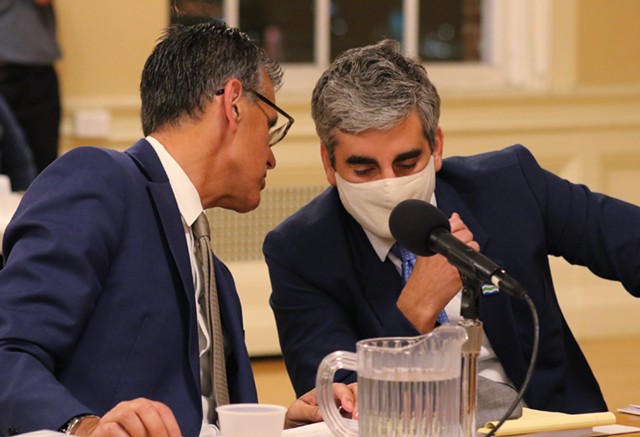 By city charter, Weinberger could not unilaterally fire Richards, so the Burlington City Council held an unprecedented public termination hearing on September 9. Ten councilors voted to fire Richards, more than the eight required.

Richards’ suit, filed by his attorney, Richard Cassidy, says that the former airport director had no chance to defend himself because he had not seen Tinney’s full, unredacted report. Rather, the city released a version that lacked witness names, specifics such as dates, places and times of alleged misconduct, and other relevant details, the suit says.

Before his hearing, Richards had filed a public records request for more information. The city did not provide the material in time, and Richards could only testify that “he was sorry if his conduct had been offensive to some employees,” the suit says.

Related Mean Gene? Report Citing Verbal Abuse by BTV Airport Director Is No Surprise to Some

The suit also says that the mayor privately told Richards on August 27 to resign because "he was hurting 'the party' and 'the Administration' and that [Weinberger] would embarrass Richards and ruin him if he did not resign."

After Richards was fired, the city released some relevant records, the suit says, but not the full report nor information about the witnesses. Weinberger ultimately denied Richards’ appeal of the decision not to release those documents.

Richards’ suit demands those papers, plus a hearing allowing Richards to cross-examine witnesses — including Weinberger.


"The Mayor stands by his decision to seek termination, which was considered and delivered by the City Council," mayoral spokesperson Sheehan wrote in her statement. "This most recent action by Mr. Richards further confirms that he believes himself to be above accountability and immune to the consequences of his behavior. It marks his apology to the public as hollow."

Richards did not immediately respond to a request for comment.
Prev
Next