The Seawolves — a football team made up of Burlington, South Burlington and Winooski players — bested the St. Johnsbury Hilltoppers 35-14. But the loudest cheers from the color-filled stands came during a halftime performance that featured around two dozen costumed students and teachers strutting their stuff in a runway-style drag ball.

Burlington High School's Gender-Sexuality Alliance club planned the event — a striking juxtaposition to the robust masculinity typically on display during football games — as a creative way to show support for the LGBTQ community.

The halftime entertainment started in dramatic fashion. Performers, partially obscured by a swath of blue fabric held up by volunteers, made their way down the track that circles the football field as a techno beat pulsed. The fabric dropped to reveal a lineup of students and teachers decked out in an array of over-the-top outfits.
English teacher Andrew LeValley, an adviser to the Gender-Sexuality Alliance, channeled Marie Antoinette, with a ruffled taffeta frock and a voluminous blonde pouf wig embellished with jaunty peacock feathers. Another performer shined bright in a head-to-toe gold ensemble, including a lamé cape and bell-bottomed body suit. A first-year student rollerbladed down the track wearing a full-length, pumpkin-colored gown.

Fans erupted into full-throated screams as each performer camped it up — with a twirl, shimmy or beauty-queen wave — at the end of the runway. As the show came to an end, Burlington superintendent Tom Flanagan joined the performers on the track, wearing a rainbow cape and holding up a mini rainbow flag.

Spectators were encouraged to wear rainbow clothing, and they did. The student section of the stadium was an explosion of color and sparkle — featuring multihued tutus and boas, bright tie-dye T-shirts and fedoras, and lots of glittery face and body paint.

During the game, teens cheered, waved flags and sang along with youthful abandon to pop anthems such as Kesha's "Die Young" and "Feel This Moment" by Pitbull coming from a portable speaker that a student held aloft. At one point, the stands became so crowded that a staff member, holding a walkie talkie and wearing a yellow safety vest, began redirecting fans to an entrance at the far end of the bleachers.

BHS junior Adalee Leddy, who came to the game with a few friends, described the drag show as "absolutely amazing."

"Everyone was so committed," Leddy said. And "the crowd was so supportive."

Ezra Totten, a BHS senior and student leader of the Gender-Sexuality Alliance, said the club hopes the drag ball will become an annual event, and that other high schools around the country will be encouraged put on similar events.

It felt "amazing to see how many people showed up," Totten said. "It shows the Burlington community is there for each other." 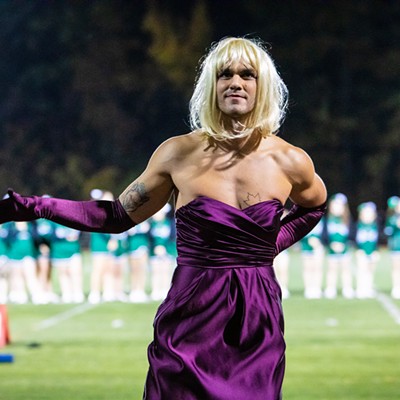 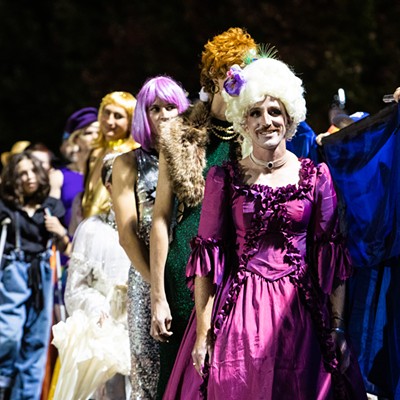 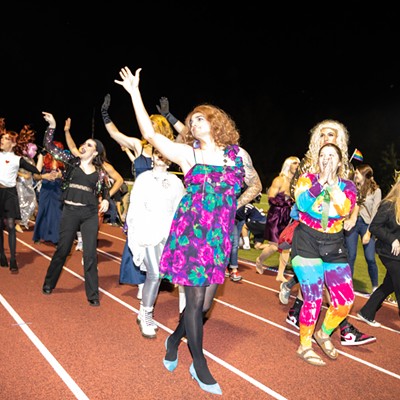