Canadian Visitors Will Be Admitted to the U.S. Starting in November | Off Message

Canadian Visitors Will Be Admitted to the U.S. Starting in November 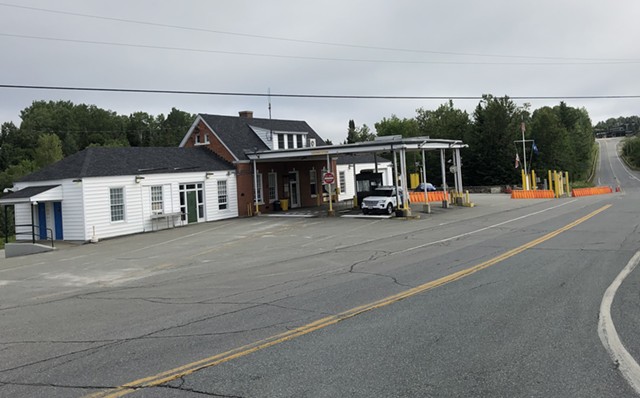 Canadian tourists and shoppers will be able to cross the land border into Vermont in November after a closure of roughly 20 months.

The White House late Tuesday announced that it would ease restrictions on nonessential border crossings from Canada and Mexico. Family visits and tourism ground to a halt after the border closed on March 21, 2020, though people have been able to cross for business purposes. No exact date for the reopening was announced.

The U.S. will require all incoming nonessential travelers to show proof they are fully vaccinated against COVID-19. Travelers on essential business, such as health care workers, students and truckers, have until January to get vaccinated, according to a statement from the Department of Homeland Security.

Vermont Gov. Phil Scott and other northern state governors have been pushing the White House to reopen the border to travelers from Canada, which started admitting U.S. travelers on August 9 — with strict vaccination and testing requirements.


“This is a significant step forward on the path from pandemic to endemic management of COVID-19 and will mean a great deal to many Vermonters and our communities,” Scott said in a prepared statement early Wednesday. “This decision by President Biden’s administration is based on the very clear fact that vaccines work,” Scott added. “Americans know vaccines are our best tool for getting back to normalcy.”

Business Leaders Press the White House to Let Canadians Cross the Border
By Anne Wallace Allen
Off Message
Canadian visitors have long been important to Vermont's tourism economy.  Steve Wright, the general manager of Jay Peak, has said half of the resort’s skiers came from Canada before the pandemic.

The first order of business for Vermont Rep. Mike Marcotte (R-Coventry) will be visiting his wife’s family in Valcour, Québec. His wife hasn’t seen her 87-year-old mother and two siblings there in nearly two years.

“It’s been tough for her mother, too,” said Marcotte. “She’s had a few of her siblings pass away over the last two years [in Vermont] that she hasn’t been able to come to the funerals for.”

The family could have crossed into Canada after August 9, but Marcotte was worried he'd have had difficulty getting back to his business, a convenience store in Newport. The White House announcement, he said, made him feel more confident about traveling to Québec.

“We’ve been waiting to make sure the process of crossing has been well-vetted before we attempt that,” he said. “We’re hoping we’ll be able to get up there by Christmas.”

Marcotte said the border closure had hit northern Vermont's stores and restaurants hard, though the return of U.S. travelers this summer and fall made up for some of the loss.

Abby Long, executive director of the Kingdom Trails bicycle network in Burke, said she, too, is concerned about handling more visitors because she cannot find the staff she needs. Long is applying for grants to add a crosswalk, a visitor center and parking in Burke to handle the crowds that visit the small town nearly year-round.

Pandemic restrictions on Canadians and travelers from neighboring states  last year cut visits to the trails sharply, from 135,000 in 2019 to an estimated 68,725 this year.

Related Canada to Open Border to Vaccinated Americans on August 9

Canada to Open Border to Vaccinated Americans on August 9
By Anne Wallace Allen
Off Message
Marcotte and his wife chose not to meet up with Canadian relatives at the border to talk in person, as many others did. Instead, they turned to Facetime.

“We had talked about that, but I know it was making Homeland Security nervous with all that going on,” he said. “There was a lot of it.”

The news was prompting a lot of conversations Wednesday in the hotel industry, said Hans van Wees, the general manager of Hotel Vermont. He said the foliage season was busy; most hotels were sold out of rooms. But with winter coming, “it will make a huge, huge difference,” he said.

“I think there will be some pent-up demand from Canadian travelers to come back to Vermont,” he said. “The nice part is, with November coming, the season is getting quieter and there will be more availability. It’s a good time to come back.”
Prev
Next