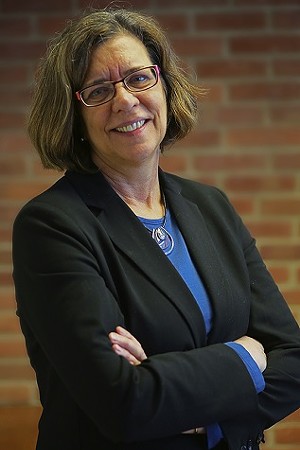 Susanne Young, one of the most influential members of Gov. Phil Scott’s administration, is retiring next month after 40 years in public service.

As secretary of administration for the past five years, Young has wielded tremendous power in state government. Though technically on a par with the five other cabinet secretaries, Young’s long, diverse career in public service and key role crafting the annual budget made her first among equals in Scott's inner circle.

In a press release announcing Young's pending retirement, Scott lauded her as one of the “most distinguished public servants in Vermont history.”

“She has been at the center of our efforts to make Vermont more affordable and deliver Vermonters a more efficient and responsive state government,” Scott said. “Susanne’s expertise, dedication, common sense and humor will be sorely missed, but I wish her the very best in her well-earned retirement.”

Before joining Scott’s administration in 2016, Young was deputy treasurer and legal counsel to governor Jim Douglas and a deputy attorney general under AG Bill Sorrell.

“Susanne is a role model for public service; her energy, competence and ethics are second to none,” Douglas said in the release. “It was a privilege to work with her.”

Young graduated from Northfield High School in 1974, the University of Vermont in 1978 and Vermont Law School in 1981. Then she began her career with the state. In addition to serving as deputy attorney general and deputy treasurer, she was general counsel for the Vermont Department of Corrections and other departments within the Vermont Agency of Human Services. Her current salary is $154,461.

Young called the role of secretary of administration the most challenging of her career but also the most rewarding.

“I am proud and humbled by the opportunity to be part of an incredible team of dedicated, focused individuals who have worked to achieve Governor Scott’s goals while meeting the unexpected challenges presented by the pandemic head on,” she said in the release.

Her last day will be November 6. Deputy Secretary of Administration Kristin Clouser will serve as interim secretary.
Prev
Next