Small Boat Exchange Is Sold to Its Two Employees | Off Message

Small Boat Exchange Is Sold to Its Two Employees 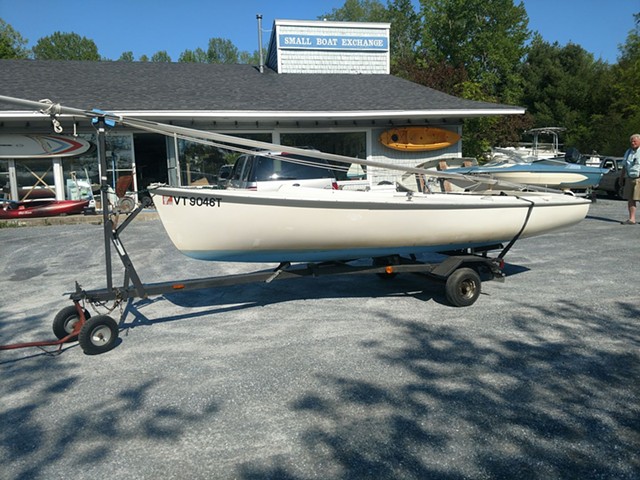 The Small Boat Exchange, a venerable Lake Champlain business that has turned over thousands of boats through the years, was sold Friday to its two employees.

New owners Stephen Buckner and Drew Moll said they plan to expand the Shelburne business, which includes a showroom, a service area and about 175 boats  a mile from the Shelburne boat launch.

They’re going to call on John Freeman, who started the business in 1984, if they need advice.

“John has been really helpful to us; he really wants us to succeed,” said Moll, 30, who has worked at the company on weekends for about four years. Buckner, 32, has worked there full-time for seven years.

Freeman, 66, said he started thinking about retiring about two years ago. He wants to buy an old fishing boat, fix it up, and do some travel by water.

“I’ve always wanted to do the rivers in Europe, and I’d love to spend a year in the Mediterranean,” Freeman said. His wife is on board with that plan, at least for short stints.

“That’s the dream while I am still hale and hearty.”

Bottom Lines: Vermont Businesses Sweat Out the Pandemic
By Chelsea Edgar, Colin Flanders, Margaret Grayson, Melissa Pasanen and Ken Picard
Business
Though he never put the business up for sale, Freeman said he often heard from people who thought they might want to buy it. But if they had the money, they lacked the boating expertise; if they knew about boats, they didn’t have the money. He wanted to make sure that the buyer could keep serving his longtime customers.

“Being the small boat guys, we get a lot of people involved in boating,” he said. “We’re good at holding peoples’ hands. A lot of them stayed ... and moved on to much bigger boats."

Freeman said the Burlington area’s growing waterfront needs a place that fixes and sells modestly priced watercraft. He estimates 10,000 boats have passed through his hands.

In the seven years he’s been working at the exchange, Buckner said, he's seen more young people come into the store. And the rise in paddle-boarding has steered many people toward lake recreation, he said.

Freeman expects to miss spending time in the store. But that doesn't mean he plans to keep dropping by.

“I’m trying to stay out of their hair,” he said.
Prev
Next