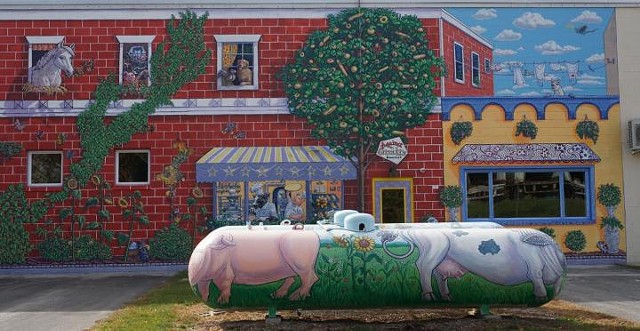 HumanCo, a Texas food company with several celebrity investors, has purchased Against the Grain, a Brattleboro biz that makes gluten-free pizza, bread and cookies.

“It will grow in Brattleboro,” she said of the company, which has about 100 employees. “We love the founder’s story. We look for mission-driven companies that care about quality and taste.”

Against the Grain is a $20 million business that sells its gluten-free frozen pizzas in 15,000 stores around the country. The company was started in Brattleboro in 2006 by the Cains after Nancy, a former academic and investment banker, created gluten-free recipes for family members.

The company says on its website that it provides a livable wage, full medical benefits, paid time off, paid holidays, and retirement benefits to all of its staff, and that it hires all of its managers from the production floor. It also pledges to use local materials, including food and boxes, cartons and bags, whenever possible, and has worked with Efficiency Vermont to acquire the most energy-efficient heating, cooling and lighting.

“As a family-owned company in our small corner of Vermont, the decision to join HumanCo was not taken lightly,” Tom Cain said in a prepared statement. “Of the many partners we could have chosen, HumanCo stood out because their mission and values are very much aligned with ours. We are fortunate to have found a partner that understands the importance of our commitment to creating the highest quality foods, and that shares our dedication to giving back to our community."

HumanCo, which is based in Austin, describes itself as a mission-driven holding company that builds brands that are focused on healthier living and sustainability. Zipper declined to reveal how much HumanCo paid for Against the Grain.

HumanCo announced a slate of new investors on Wednesday, including tennis stars Venus Williams and Andy Roddick, actress Scarlett Johansson, and the models Brooklyn Decker and Cindy Crawford. It was these investors and others, the company said, that enabled it to buy a majority stake in Against the Grain.

“We are relatively new; we’ve been doing a lot in a short period,” said Zipper.
Prev
Next

Business Against the Grain HumanCo Brattleboro gluten-free food Web Only