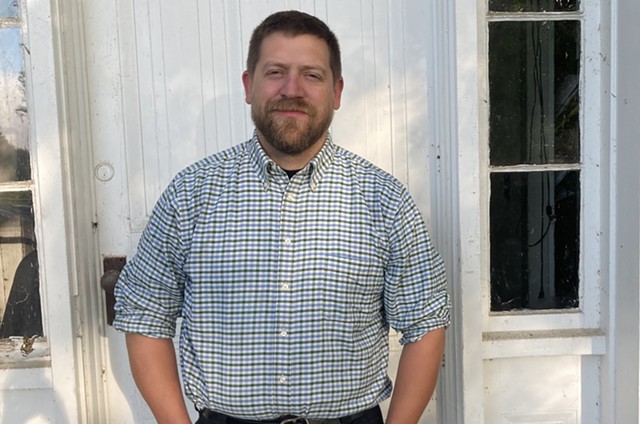 Louis Porter, commissioner of the Vermont Fish & Wildlife Department, is stepping down to become the general manager of the Washington Electric Cooperative.

Porter, 45, will take charge of the East Montpelier-based electric utility, which serves nearly 11,000 customers in 41 towns in north-central Vermont. His last day with the state will be October 29, and he expects to start at the coop sometime in November.

Porter and his family live in Adamant and have long been customers of the member-owned utility, which was founded in 1939.

“Choosing someone to lead the co-op who has a long history in the community, and a demonstrated commitment to public service in Vermont makes sense,” Stephen Knowlton, the utility's board president, said in a press release.

Porter, a lifelong outdoorsman, said in an interview that he loves working for Fish & Wildlife but looks forward to the opportunity to learn about a dynamic industry providing a very different, but important, service to Vermonters.

A former newspaper reporter, Porter covered state government for the Rutland Herald and Barre Montpelier Times-Argus. In 2010, he joined the Conservation Law Foundation as its lakekeeper, advocating for the restoration and health of Lake Champlain. He went on to serve as the secretary of civil and military affairs for then-governor Peter Shumlin in 2012 before the Democratic governor appointed him Fish & Wildlife commissioner in 2014.

When Gov. Phil Scott was elected in 2016, Porter said he expected to lose his post. It is common for a new administration to install its own political appointees. Porter said he was lucky and grateful Scott asked him to stay on.

“It’s the most incredible group of people I have ever had the pleasure of working with,” he said of the department.

A spokesperson for Gov. Scott said Porter's successor has yet to be chosen, though a search will begin in the next several weeks.


“Louis has been an exemplary Commissioner across two administrations," the governor said in a written statement. "He’s served the people of Vermont well and will leave very big shoes to fill at the Department. Although we will miss him in state government, I’m confident he will continue to have an impact and want to thank him for all he’s done.”

The department, and by extension Porter, has come under fire from animal rights groups who say it allows unnecessary and unethical hunting practices such as bear hounding and trapping of fur-bearing animals such as fisher, fox, beaver and coyote.

Those criticisms, which have amplified in recent years, did not play a role in his decision, Porter said.

“I think those calls started the first month I was on the job,” he said.

Related One Controversial Coyote Hunt Is Canceled, and Another Crops Up

One Controversial Coyote Hunt Is Canceled, and Another Crops Up
By Molly Walsh
Off Message
While he acknowledged he isn’t an expert in electric utility management, Porter noted he wasn’t a wildlife biologist or game warden, either, when he took the commissioner post. He was nevertheless able to help the department accomplish its mission of conserving wildlife species and habitat for hunters, trappers, anglers, birdwatchers and all Vermonters.

While his top priority will be to keep the lights on in the utility’s coverage area, he expects that rolling out enhanced telecommunication services such as high-speed internet will be a major part of his new role, as well.