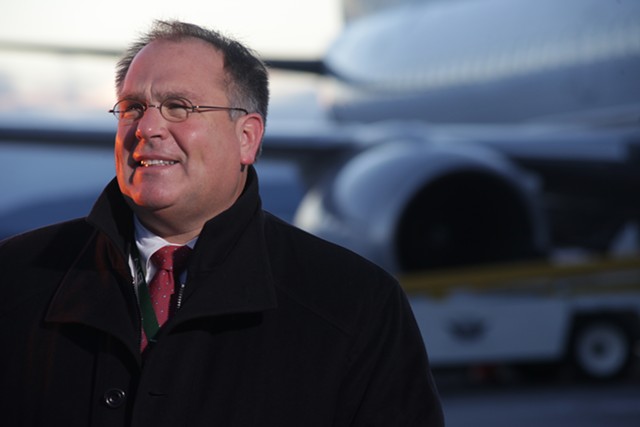 
Sheila Edwards, who worked at BTV for 17 years, said in the filing that Richards “engaged in a pattern of bullying and created a hostile work environment,” would “often use foul language towards her” and “regularly attempted to intimidate and humiliate [her] in front of other employees and customers.”

The city and Richards were served on April 16 with the discrimination lawsuit that detailed some of the airport director’s alleged abusive behavior.


Mayor Miro Weinberger was unavailable for comment on Thursday. Samantha Sheehan, the mayor's spokesperson, said in an email that he knew about the lawsuit months ago — but not the bullying claim within it.


"I can confirm the Mayor had no awareness that the superior court filing from this former employee contained this allegation against Mr. Richards," Sheehan wrote.

Sheehan did say that the city participated in two ancillary investigations into workplace discrimination that found no wrongdoing.

Richards, who was hired in 2012, has refused to step down and is scheduled for a termination hearing before the City Council on Thursday at 6 p.m.

Days after the city's report was made public in late August, Weinberger told Seven Days that he never personally witnessed such behavior. “The first I became aware of this was in the course of this investigation,” he said.

Related Mean Gene? Report Citing Verbal Abuse by BTV Airport Director Is No Surprise to Some

Mean Gene? Report Citing Verbal Abuse by BTV Airport Director Is No Surprise to Some
By Courtney Lamdin
City
City Council President Max Tracy (P-Ward 2) said in a message to Seven Days on Thursday afternoon that he "can't remember hearing about" Edwards' lawsuit.

Through his attorney, Richards said "he did not make the decisions Ms. Edwards complains about," apparently referring to the discrimination allegation, but otherwise declined comment about the lawsuit. The city, through Assistant City Attorney Justin St. James, would not comment on pending litigation.

Seven Days only learned of the lawsuit on Wednesday afternoon. Edwards declined an interview with Seven Days, but her sister, Vera Burt, agreed to speak on her behalf. Burt said the family wants justice for Edwards — starting Thursday evening, when Richards will make his case to keep his job.

“There should be no reason why the city council even has to think about terminating him,” Burt said. “We’ve watched our sister suffer enough.”

Burt also said that she approached Mayor Weinberger about her sister’s complaints against Richards in 2017. Weinberger, Burt said, refused to listen to her.

“He didn’t even want to look at me,” Burt said of her encounter with the mayor during one of his weekly community meetings at The Bagel Cafe. “I had to speak with his spokesperson. Well, that didn’t get us anywhere.”

Some of that is corroborated by an April 2018 email Edwards sent to Vermont Attorney General T.J. Donovan alleging employment discrimination.

“Miro brushed her off and did not so much as say he would look into it,” Edwards wrote then. “So I beg of you if there is anything you can do or a place you can point me. This goes all the way to the Mayor, and he’s already been accused in an article in 2016 for not hiring enough women in positions of power. Now they have let go of a women [sic] in power with out just cause.”

Edwards, who is now 61, began working at the airport in 2001, shortly after the September 11 attacks. As a manager, Edwards supervised and trained other “airport ambassadors,” who help passengers with their luggage, call for cab service, and keep pedestrian and vehicle traffic in front of the airport moving. In 2018, Edwards was asked to reapply for her position as part of an airport reorganization. But after an interview and a test, Edwards did not get the job.

Instead, Richards hired two of Edwards’ trainees — “substantially younger men,” according to her lawsuit. The suit alleges that one of Edwards’ replacements had a felony conviction that should have disqualified him from the job. Edwards argues that her 17 years’ experience better qualified her for the position, and that Richards discriminated against her based on her age and gender.

She’s asking for money damages for loss of income, including back pay, and for emotional distress and attorney fees. 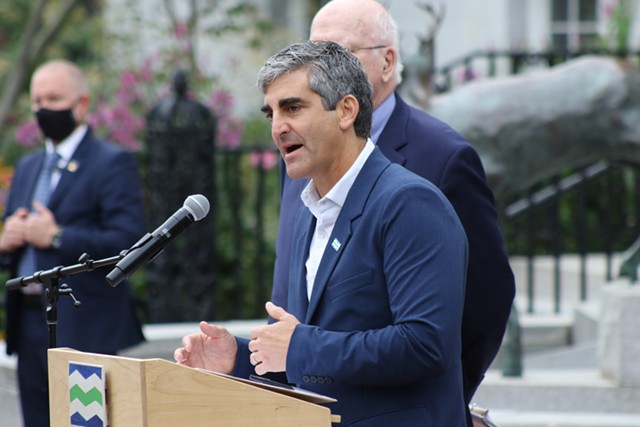 In mid-April 2018, Edwards had an “involuntary separation hearing” with Richards, her supervisor and the city’s human resources director. Burt, another of Edwards’ sisters and Edwards' daughter were in attendance. According to Burt, city officials told Edwards she didn’t get the job because she scored lower than other candidates on a “matrix” and questionnaire, which were part of the interview process. When Edwards asked for a copy of her results, the city refused, Burt said.

Richards called Edwards about 20 minutes after the hearing to ask her to apply for a different airport position for a fraction of her pay. Their conversation was captured on a video recording made by a relative, and was reviewed by Seven Days. In the video, Edwards asked Richards how long she had to consider applying.

“I don't want you to rush,” Richards told her. “I want you to make the right decision. I need you to be happy.”

When Edwards said she needed time to decide, Richards’ tone shifted. “I don’t have a couple of weeks,” he said. “I’m going to give you 24 hours.” Edwards ultimately declined to apply.

Later that morning, Edwards contacted Donovan. In the email, which was provided to Seven Days, Edwards reflected on her years at the airport, during which time she said she was the only woman employed as an ambassador.

“The reason I have waited so long … is because I was waiting for the re-org and did not want to take the chance that he would retaliate and not hire me,” Edwards wrote. “And now he has.”

Edwards and her family spoke to an investigator in Donovan's office about her complaint, exchanging emails for months. On March 16, the investigator informed Edwards' attorney that he did not find "sufficient evidence" of age or sex discrimination. The letter repeats the city's claim that the two other applicants scored higher during interviews and "demonstrated stronger communication and leadership skills" than Edwards.

"The investigation did not find information to the contrary," the investigator wrote. "We have determined it is unlikely that further investigation is likely to result in enforcement action by this office."


On June 7, Weinberger recommended to the council that Richards and other department heads be reappointed for another one-year term. Councilors unanimously approved the slate.


Another complaint Edwards had filed with the U.S. Equal Employment Opportunity Office was dismissed on June 14, according to records provided to Seven Days.


"At the time of the charge, at the time of Mr. Richards’ reappointment, and now, the Mayor’s understanding of this incident is that Mr. Richards did not serve on the interview panels that recommended final applicants for the position, and that after thorough investigation where the City participated fully," Sheehan said in a statement, "the Attorney General found no evidence of discrimination, a determination later adopted by the Equal Employment Opportunity Commission — a conclusion which did not raise alarm regarding Mr. Richard’s performance or management of employees."

Other records document Edwards' frustration with Richards' management of a situation involving a cab driver. In May 2017, Edwards was busy helping customers outside the airport when she got a phone call from one of the cab drivers, asking to use the restroom. According to a police report, cabbies were allowed to use the facilities but typically first called Edwards, who managed the taxi line.

A few minutes later, the cab driver exited the airport and began yelling at Edwards "about his human/bathroom rights." Edwards told him to go home for the day, but he returned a short time later. When Edwards again asked him to leave, the cabbie “became irate,” the police report says, “getting into her face, cursing and yelling loudly” with spit flying from his mouth. Edwards left her radio line open so that the police officers on duty could hear the interaction, the report says.

A Transportation Security Administration employee who witnessed the encounter told police that the cabbie "was within a couple inches" of Edwards' face and that he thought the man might strike her in front of more than 100 passengers who were outside at the time. Two witnesses reported hearing Edwards ask the cabbie to calm down. "Sheila looked very terrified," one witness told police.

The driver then called Richards to complain about Edwards. Richards came directly to the airport.

Edwards “stated numerous times she had not done anything wrong,” and Richards was, at first, “very receptive.” the report says. He then proceeded to tell Edwards how she could have handled the problem, prompting Edwards to get defensive. Richards “quickly interrupted - informing Edwards that he is the Director … and knows how to run an airport,” according to the police report.

Edwards described the situation slightly differently, writing in a statement attached to the police report that Richards told her, “I run this fricking airport and its [sic] a wrong time for you to question me.”

“He made me feel like in all that I had just gone through, he didn’t even support me,” she wrote.

Burt attended a city council meeting 12 days later to express disappointment in how airport leadership had handled the situation. During public comment, Burt chided Richards for reprimanding Edwards and for allowing the cab driver to keep working that day.

“I just want the right thing to be done,” Burt said. “I don’t know where else to turn.”
Prev
Next