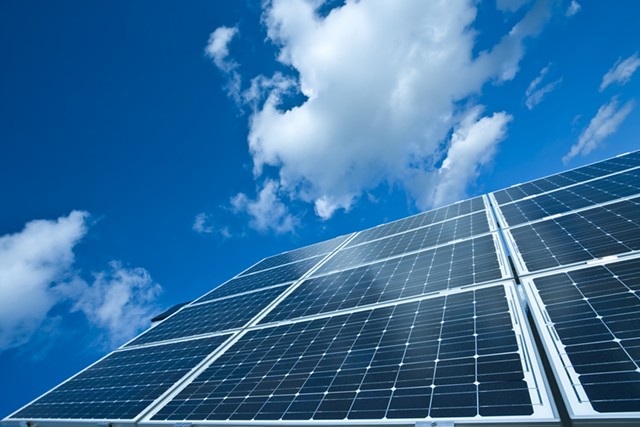 Two of the largest solar companies in Vermont are combining as part of a plan for regional growth. On Wednesday, the Williston-based iSun announced that it would acquire SunCommon, of Waterbury, for $40 million.

SunCommon is the state's largest provider of residential and commercial solar energy systems. iSun is the largest industrial and utility-scale solar business, according to the companies.

"This is a great day for SunCommon, our employees, customers and investors,” SunCommon co-president James Moore said in a press release.

Earlier this year, iSun was acquired by The Peck Company, one of only a handful of a publicly traded Vermont companies. Peck took on the iSun name as part of the all-stock transaction.

The company has sought chances to acquire other solar businesses since being listed on the NASDAQ stock exchange in 2019. The deal with SunCommon is part of iSun's plan to gain a residential and commercial solar footprint along the East Coast.

"By serving every individual solar sector, all iSun’s customers will benefit from our shared services and economy of scale," iSun chairman and CEO Jeff Peck said in a call with investors last month.

The deal will include $22.5 million in cash plus $17.5 million in stock. Of that, $2.5 million will go directly to SunCommon employees, the companies said. iSun is also setting up a stock ownership plan for all employees.

Solar Flares: Call to Double Vermont's Renewable Energy Capacity Ignites Debate
By Kevin McCallum
Politics
The companies expect to save more than $1 million next year by combining software and other services.

SunCommon formed in 2012, spun off from a pilot program created by the Vermont Public Interest Research Group, where its co-presidents, Moore and Duane Peterson, worked. The company has since grown to roughly 200 employees and added operations in New York State.

The company will keep its leadership, staffing, facilities and brand, Peterson said in an email Wednesday.  The combined company will have 350 employees.

"We have long respected SunCommon for their ability to provide customer-centric solutions to the climate crisis," Peck said in Wednesday's release, "as well as their deep commitment to people, the planet, and the communities they serve."

Correction, September 10: An earlier version of this story misstated where iSun is based.
Prev
Next