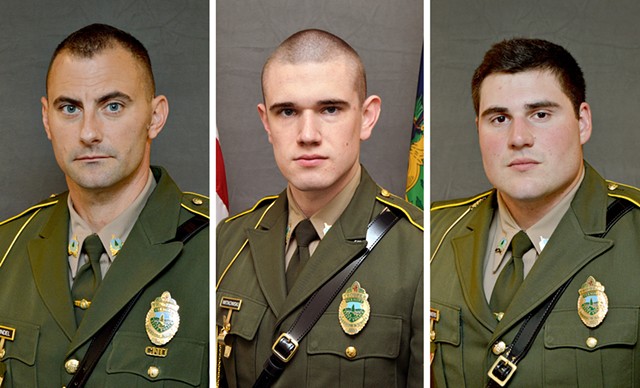 A different trooper “raised concerns with supervisors” about two colleagues, Shawn Sommers and Raymond Witkowski, on August 9, the public safety department said in a statement. Sommers and Witkowski resigned the next day. A third trooper, David Pfindel, resigned on September 3 “following additional investigation by the Department of Public Safety,” the statement says.

All three “are suspected of having varying roles in the creation of fraudulent COVID-19 vaccination cards, which may be a violation of federal law,” according to the statement.

“The accusations in this case involve an extraordinary level of misconduct — a criminal violation of the law — and I could not be more upset and disappointed,” Col. Matthew Birmingham, director of the Vermont State Police, said in a written statement. “If these allegations are proved to be true, it is reprehensible that state troopers would manipulate vaccination cards in the midst of a pandemic, when being vaccinated is one of the most important steps anyone can take to keep their community safe from COVID-19.”

The Federal Bureau of Investigation is now investigating. Due to the probe, the state police agency said it was “unable to release information about the incident prior to” Tuesday’s statement.

Pfindel was hired in January 2014 and spent several years as a detective trooper with the Bureau of Criminal Investigations. Sommers and Witkowski joined the Vermont State Police in July 2016. All three spent at least some of their careers assigned to the Shaftsbury barracks.

There is no vaccine mandate for Vermont State Police employees.


"Based on an initial internal review, we do not believe there is anything more the state police could have done to prevent this from occurring," Public Safety Commissioner Michael Schirling said in the statement. "As soon as other troopers became aware of this situation, they raised the allegations internally, and commanders took swift and decisive action to hold these individuals accountable and report this matter to federal authorities."
Prev
Next