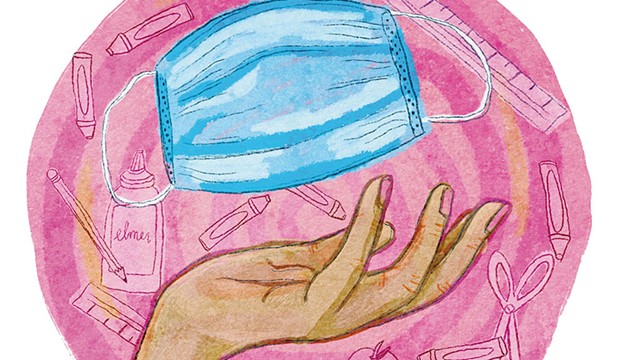 About 140 Twinfield Union School students in grades K-6 are learning from home on Monday after multiple students contracted the coronavirus just days after school opened for the year.

School officials said they learned late last week that a sixth-grade student had tested positive for COVID-19 after having close contact with a daycare employee who contracted the disease after attending a wedding the previous weekend. Since then, four other students — three kindergarteners and a second-grader, all connected to the daycare — have tested positive, Twinfield Union principal Mark Mooney said.

Mark Tucker, superintendent of the Caledonia Central Supervisory Union, said the district is keeping students in kindergarten through sixth grade home "out of an abundance of caution."

"I was really hoping that we could let the dust sit on some of these procedures, but we didn't even get through the first day of school," Tucker said. Classes started last Thursday; pre-schoolers start class on September 1.

Students in grades 7 through 12, who are based in a separate wing of the same building, are attending class as usual. Grades 1, 3, 4 and 5 — those without confirmed cases — will likely resume in-person learning on Tuesday. Students in the affected classrooms, however, will be out the rest of the week, Mooney said. They must show two negative tests or quarantine for 14 days without symptoms before they can return to school, according to Mooney.

"They might miss this week, plus a day or two next week, depending on how all the testing works out," he said. "It's pretty complex."

The Plainfield school has strict masking rules and requires anyone who enters the building to wear facial coverings. Absent a state mandate, masking has been contentious in some places in Vermont. State officials have only advised districts to require masking for children under 12, who are not yet eligible to be vaccinated. Those 12 and older should wear masks for the first 10 school days so that districts can collect data on vaccination rates; after that, if 80 percent of kids are fully vaccinated, mask-wearing should be optional, the state says. Per federal guidelines, masks are required on school buses.

As Kids Head Back to Class, Vermont School Boards Take Heat Over Masking Policies
By Kevin McCallum
Education
Mooney said the school was able to perform contact tracing quickly because K-6 students eat in their classrooms and have assigned seats on the bus. Tucker said the school provided the state health department with a "line list" of potential close contacts, but state officials told them it could take up to 24 hours to go through it.

"We're not waiting for that," he said. "I can't sit back for a day and have kids coming to school when half my community members know something's going on and leaving them sitting there wondering about it."

"We are investigating these cases, including contact tracing efforts — as we do in all cases, outbreaks and situations," Truman wrote.

Truman described a "situation," which differs from an outbreak, as "an instance in a workplace or event (such as a wedding) where an infectious person was during their infectious period."

Mooney said no teachers are symptomatic, nor have they tested positive. He's taking heart in the fact that so far, there's no evidence of virus transmission in the school.

"That's the good news at this point," he said. "We can do what we can here, but when they're out in the community, if they're not wearing masks, if they're not vaccinated and such, it can be problematic."
Prev
Next