Burlington School Board Considers Sites for a New High School 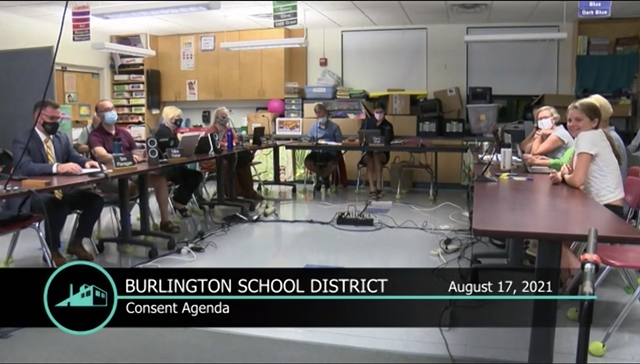 
The district is preparing to embark on a massive building project after the discovery of chemicals known as PCBs led officials to close the high school’s Institute Road campus last September. Students learned remotely until the school district signed a 3.5-year lease for the former Macy’s department store building on Cherry Street, for $1.2 million annually. Students started attending classes there in March.

White + Burke project manager Joe Weith described the first phase of the site evaluation as "a very broad search" whose results the board will whittle down in coming weeks.

“It’s a pretty long list that we considered,” Weith said. “We wanted to make sure that we cast a broad net and really took a good look at any sites out there that were large enough that we thought could potentially work.”

District staff, the school board and the public suggested sites. The 16 are:

Weith said that of the 16 sites considered, four were eliminated early in the process because they seemed nonviable. But which ones were not disclosed publicly.

The remaining 12 sites were scored using 16 different criteria, weighted on a five-point scale. The criteria stressed community support, how quickly the site would be available, and expected costs. Other criteria included accessibility, parking and the potential for environmental contamination.

Weith said the 12 site rankings would not be presented to the public until the school board reviews them in executive session, because there could be sensitive real estate negotiations in the future.

Several key assumptions, he said, guided this phase of the search: The building must between 275,000 and 300,000 square feet, and the parcel of land must be at least eight acres if located in a suburban area and 2 to 2.5 acres in an urban location.

If the school district selects one of the Institute Road options, Weith said, full remediation of on-site PCBs must be completed. If another site is selected, the assumption is that the Institute Road campus would be sold “as is” — meaning the purchasers would have to foot the bill for PCB remediation.

In July, director of property services Marty Spaulding said that full demolition of the campus and cleanup of the contaminants was expected to cost close to $20 million.

In the next few weeks, Weith said, the school board's finance and facilities committee will review the prospective site evaluations and prepare a recommendation for the school board. On September 7, the board will select several sites to advance to the next phase, which will involve a conceptual design and a feasibility analysis for each site. Only then will the district decide on the final site.

Superintendent Tom Flanagan said the school district would like to have a new building completed by August 2025, but acknowledged that it was “an aggressive timeline” that may be hard to meet. Flanagan also encouraged the public to reach out to give feedback on the sites.

“The next phase is really getting to a significantly smaller number of sites that we really look at really deeply to understand which is the best, most appropriate site for our high school and tech center,” Flanagan said.
Prev
Next