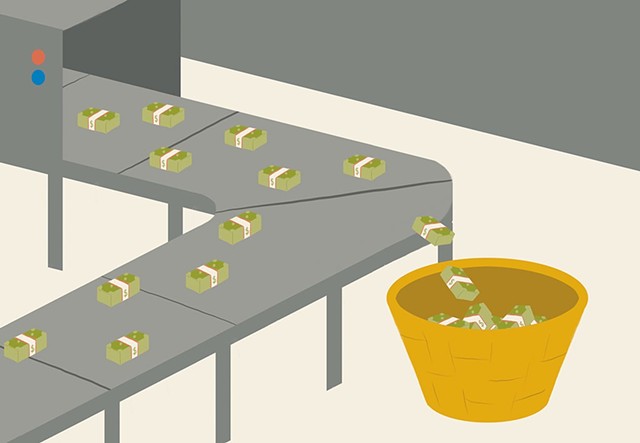 Dennis Duffy II, 38, pleaded not guilty in federal court Monday following an indictment that accuses him of grossly misrepresenting  his business, Night Owl Cleaning, in an application for a Paycheck Protection Program loan.

Duffy then used the $416,093 proceeds last summer to purchase a home in Milton, according to the indictment.

Congress created the Payroll Protection Program during the first months of the pandemic as a way to help businesses maintain their payroll during the COVID-19 pandemic. Millions of businesses obtained the loans, which can be converted into grants if certain requirements are met.

In its rush to keep businesses afloat and their workers paid, the PPP loan program, administered by the Small Business Administration and private banks, was susceptible to fraud. The government has already recovered more than $600 million in fraudulently obtained funds, though that is likely a fraction of the total amount.

It's not the only fraud Duffy is accused of executing through his businesses. He also opened a corporate credit card with American Express in 2017 under a company called "Vermont Aerial," then made several fraudulent purchases totaling $125,000 for his personal benefit, prosecutors allege.

Judge William K. Sessions III released Duffy pending trial. If convicted, Duffy faces up to 30 years in prison and as much as a $1 million fine.
Prev
Next