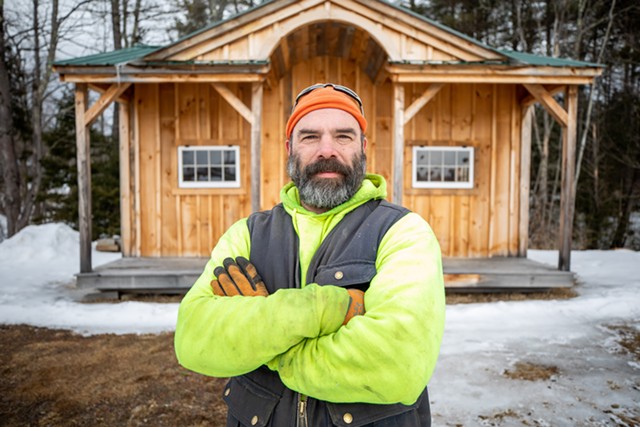 Jamaica Cottage Shop, a Londonderry company that produces sheds and small homes, was sold Friday  to a homebuilding company in Claremont, N.H.

The business and its 90 employees will stay in Londonderry, said Domenic Mangano, who founded the Cottage Shop in 1995. The purchaser is Bill Silverstein, owner of WHS Homes, which produces homes under an array of brands.

Mangano declined to say how much he sold the company for. But he said the employees probably won’t see much difference in the work they are doing. They were told of the impending sale two weeks ago, said one employee who asked that his name not be used in the story.

“The management staff will remain in place and continue to run operations as is,” Mangano said.

Jamaica Cottage Shop produces about 2,000 buildings a year. Most are used as cabins and cottages; some people buy them to use as storage, he said. The company sells kits and fully assembled homes and structures.

Mangano said he had been trying for six years to sell his company. Demand for new homes is very high in northern New England and nationally; Vermont in 2020 pledged more than $150 million of federal coronavirus relief money toward creating more housing over the next five years. And median home prices have hit record highs in Vermont and New Hampshire.

Chicken Keepers Design Stylish, Functional Coops for Their Flocks
By Margaret Grayson
DIY Home
“With the current demand coming out of the pandemic, the company is in a very good place, so it was very strategic to pull the trigger in 2021," Mangano said.

A non-compete agreement will prevent Mangano, who lives in the southern Vermont town of Jamaica, from building homes for the next five years. But he plans to work for WHS Homes as a consultant and has other projects underway, including the creation of a tiny home park in Charlestown, N.H.

“Also, I enjoy working with businesses, so I’ve been playing around with the idea of doing some consulting with other companies that would be interested in growing,” he said.