Virus Is Under Control, But Workers Remain Scarce in Vermont | Off Message

Virus Is Under Control, But Workers Remain Scarce in Vermont 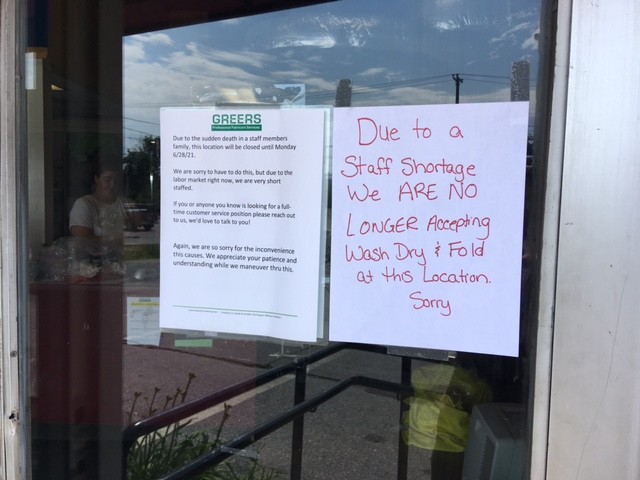 If Congress extends the $300 weekly unemployment insurance supplement, now due to expire in September, Vermont would turn it down, Gov. Phil Scott said at his regular COVID-19 press briefing Tuesday.

Five jobs are available in the state for every person who is seeking work, said Scott, and Vermont needs to do everything it can to encourage people to take one. He thinks the extra unemployment insurance money might be serving as a deterrent.

“I think it’s gone on long enough," he said of the federal funding. "We would let it lapse.”

COVID seems largely under control in Vermont, at least for now. The state has lifted all virus-related restrictions, and officials are urging residents to get outside and enjoy July 4 activities.

But some businesses are having trouble gearing back up to their pre-pandemic levels because they can’t find workers. Asked what the state can do, Scott noted that Vermont had the lowest unemployment rate in the country before the pandemic set in early last year.

“This shouldn’t come as any surprise,” Scott said, adding that the worker shortage is the reason he focuses on attracting more people to the state and making Vermont more affordable.

“I take a lot of criticism at times from the legislature on some of the vetoes I’ve imposed over the last four years,” he said. “Most of them are budgetary issues. We didn’t need to raise taxes during this time because we need to make Vermont more affordable.”

Vermont Reinstates Work-Search Requirement for Unemployment Benefits
By Anne Wallace Allen
Off Message
The number of people collecting unemployment benefits has dropped slightly in recent weeks, and the state in May instituted a work search requirement for many of the people who get benefits. But the stipend, which is due to run out on September 6, is helping some people make more money than they did when they were working, Scott said. He added that some people can’t go back to work and need the money.

With one of the oldest populations in the country, Vermont has been losing an estimated six workers from the workforce every day for the last four or five years, the governor said. In 2018, the state started reimbursing out-of-staters for their moving expenses if they relocated to Vermont. Employers have said the state's high housing costs are part of the reason for the worker shortage.

Although the state is struggling to fill jobs and to turn around its population decline, it’s still ahead nationally when it comes to pandemic control, state officials said Tuesday. Hospitalization rates for people with the virus rose slightly last week, but they’re still lower than anywhere else in the country, according to the state Department of Finance and Management, which is handling COVID-19 modeling.

And with nearly 82 percent of eligible residents vaccinated with at least one dose, the state is not as vulnerable to the new Delta variant — or other variants that might come along — as other places, said Health Commissioner Mark Levine. About 17 percent of New England’s new cases are the Delta variant, with 25 percent in the Southwest and 45 percent in the Midwest.

“That virus is not going to be transmitted very readily to Vermonters or other people, because it will reach a dead end,” Levine said.

Vermont Senate Overrides Vetoes, Passes Housing Registry
By Kevin McCallum
Off Message
Meanwhile, with 28 percent of Canadians fully vaccinated, Scott speculated the border will open in July. He and Levine expect COVID cases to rise in the fall, when people start spending more time indoors, but not enough to require restrictions in Vermont.

Vermont's experience with the virus in the fall is tied to suppression rates and variants around the world, said Levine.

“We have to wait and see how it plays out,” said Levine. “We have much of the world that still has very low vaccination rates. The Delta variant came from India, and they had a major, major crisis. It's very hard to really predict all those events.”
Prev
Next