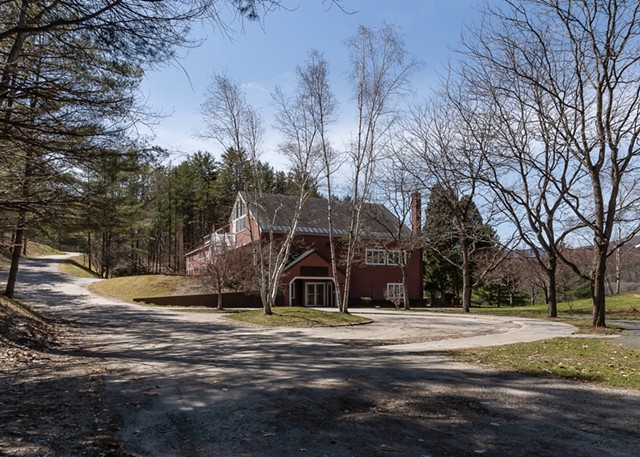 For nearly four months, the Town of Ludlow has been embroiled in a municipal drama concerning a proposed residential addiction treatment center at the site of a former weight-loss clinic, two miles from Okemo Mountain Resort. The fate of the center is now in the hands of Ludlow’s Development Review Board, which must decide by July 12 whether the project can proceed.

Anastasio, who is in recovery himself, said that he launched the project to help people of all economic backgrounds who are struggling with addiction. “Substance use disorders affect people from all walks of life,” he told Rolling Stone in March, “and the problem is intimately linked with isolation — whether that’s isolation due to the pandemic or for any other reason.” Last year, overdose deaths in Vermont increased 37 percent from 2019, claiming more lives in 2020 than the COVID-19 pandemic, according to data from the state Department of Health. Opiates claimed the lives of 28 Windsor County residents — more than any other county in Vermont.

Ludlow’s Development Review Board, which issues rulings on land use permit applications, began holding public hearings on the proposed treatment center in April. Typically, said Ludlow town manager Scott Murphy, these hearings are rote affairs; the board’s mandate is only to determine whether a project complies with zoning guidelines. “But some people don’t understand that concept,” Murphy said. “And some people here are hoping to slow it down.”

Indeed, meeting minutes indicate that discussions in the last three monthly hearings have often meandered far from sewer plans and parking lot capacity. Some residents of a condo complex more than a mile from the proposed treatment center, represented by attorney Toni Girardi of the Rutland-based law firm Facey Goss & McPhee, expressed concern that the treatment center would negatively affect "the character of the area,” which Girardi, during the April board meeting, defined as “rural, quiet, with private homes, with a quality of life people have come to appreciate and expect.”

In the same meeting, Ludlow police chief Jeff Billings acknowledged that the facility was “needed” but said that he was worried “about the court-mandated people who really don’t want to be there.” (Billings could not be reached for comment on Monday.)

Other opponents suggested that a treatment center would bring more drugs and crime to the area, which Ludlow resident Jessica Frasca dismissed as an unfounded concern; the opioid epidemic, she pointed out, was already in their midst. “They have had Okemo employees OD in the parking lot,” said Frasca, who started a Change.org petition in favor of the facility that has so far gotten more than 18,000 signatures. (A rival petition, titled "No Drug Rehabilitation Facility wanted at former Fat Farm location in Ludlow, VT," has received just 250.)

Representatives from Ascension Recovery Services and the Divided Sky Foundation have rejected the basis of the opposition’s challenges to the project. In response to one condo resident’s question about whether treatment center residents would be supervised while they roam the grounds — “to make sure nothing inappropriate happens,” as the resident put it — Chris Roy, the lawyer for the Divided Sky Foundation, objected vigorously. “If it was a cancer treatment facility, would we be talking the same way about the people walking around outside? I don’t think so,” he said during the May board meeting.


The debate, he added, had strayed well beyond the jurisdiction of the Development Review Board and entered the realm of NIMBYist whataboutism.

“We get it,” he continued. “They don’t want it next door. But that’s not the question. The question is, does the application satisfy the zoning standards, and we are yet to hear anything that suggests that there’s anything about this application that does not satisfy all those standards.”

Neither Roy nor Anastasio’s management responded to requests for comment. Girardi and her clients declined to be interviewed, as did Phil Carter, chair of the Development Review Board. No matter how the board rules on July 12, said Murphy, the town manager, the losing party will almost certainly take the case to environmental court, and the saga will continue.
Prev
Next