With Song, Food and Fellowship, Burlington Celebrates Juneteenth | Off Message

The sonorous tones of gospel music rang out in Burlington's City Hall Park on Saturday morning.

Dressed in sun hats and brightly-patterned clothing, revelers clapped and sang along to "We Have Come Into This House" as the Lake Champlain Mass Choir and Band performed under a white tent. One couple joined hands and danced near the city hall steps. Unmasked friends shared meals and hugs on the green surrounding the stage.

Such was the opening scene of the Queen City's first-ever celebration of Juneteenth. A portmanteau of June 19, the event marks the day in 1865 when enslaved African Americans in Galveston, Texas, learned they were free, more than two years after the Emancipation Proclamation was signed. Earlier this week, President Joe Biden signed legislation making the day a federal holiday.

Burlington's daylong festival offered free music, food, panel discussions and more in locations all across the city. The city chipped in $100,000 toward the inaugural event, and private sponsors kicked in another $150,000. 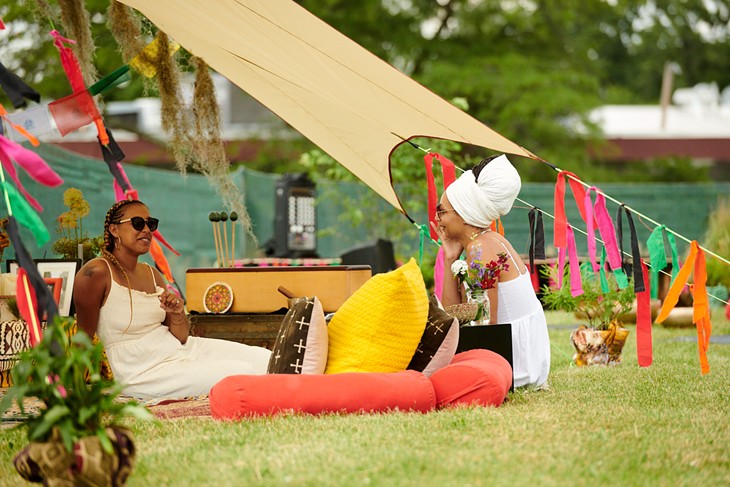 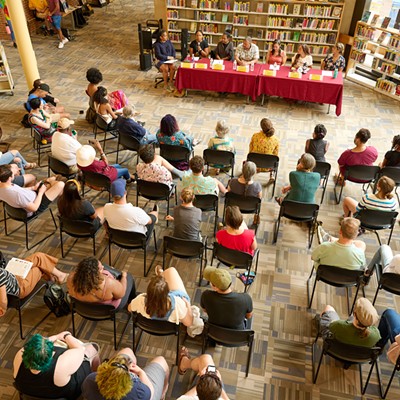 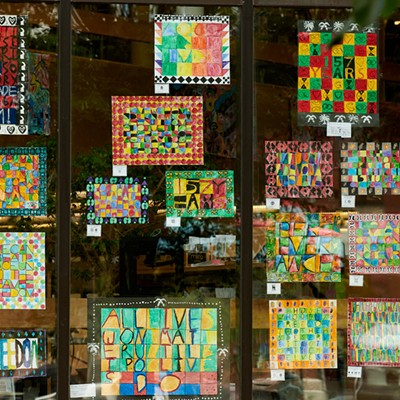 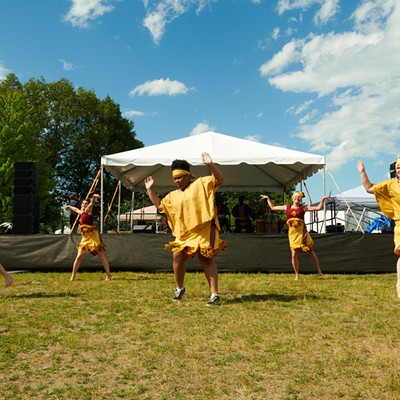 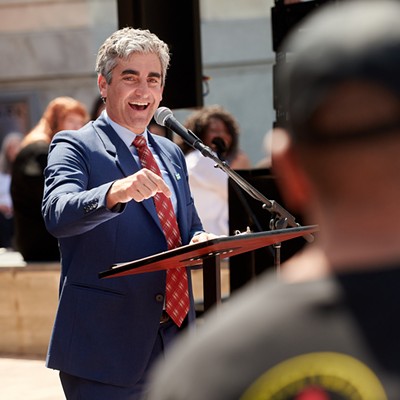 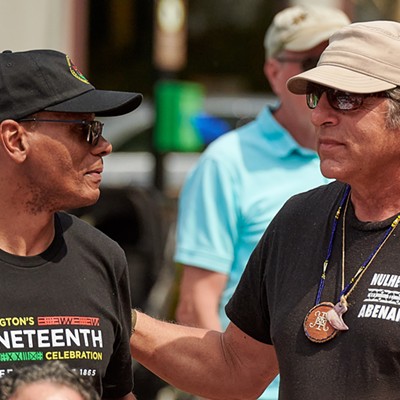 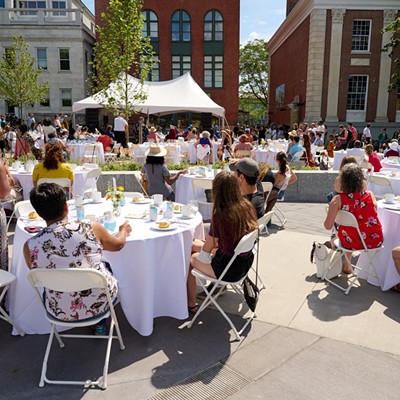 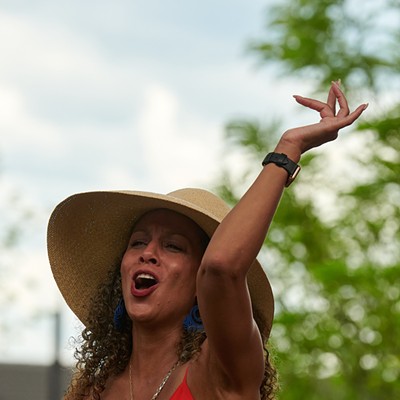 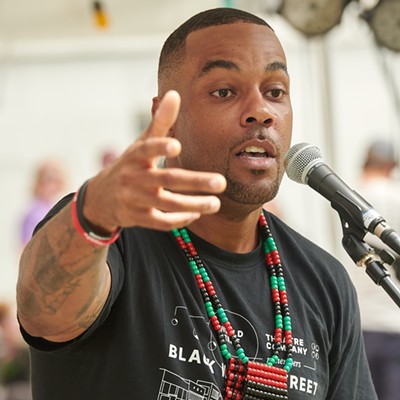 Burlington Celebrates Juneteenth
Click to View 14 slides
Tyeastia Green, the city's director of racial equity, inclusion and belonging, first pitched the idea when she was hired in April 2020. She grew up celebrating the holiday in her hometown of Minneapolis.

Burlington Prepares for Its First-Ever Juneteenth Celebration
By Courtney Lamdin
City
Green said she was nervous about Burlington's event coming together — and about whether the weather would cooperate — but her worries ceased on Saturday.

"I'm in awe," she said, surveying the crowd of hundreds in City Hall Park.

Nearby Main Street was closed to traffic between South Winooski Avenue and St. Paul Street — the stretch that features the Black Lives Matter street mural — for vendors to sell T-shirts, jewelry and more. Fairfax resident Aisha McLaren had set up her booth, Soul Simone, to showcase her homemade brass and copper earrings.

McLaren said many students are taught about emancipation, but fewer know about Juneteenth. McLaren, 40, learned about the holiday in college.

"For a lot of us, Juneteenth is already a part of our life, it's already something we celebrate, so it's great the city is acknowledging it as well," she said. "I feel like things are lifting. We're able to come back out and be with folks and to be able to come and celebrate with other Black and brown people."

About four miles north, at J.J. Flynn Elementary School in the city's New North End, children colored fabric squares that will be knit into a giant quilt and displayed at city hall. Nearby, lines formed at the Jamaican Supreme, Chile Colorado and Kismayo Kitchen food trucks. People quietly surveyed the artifacts at the Black History 101 Mobile Museum, a collection of more than 150 objects that span nearly 200 years.

Curator Khalid el-Hakim, a Detroit native, said he doesn't shy away from showing the less flattering parts of American history. His collection includes a Ku Klux Klan hood, an advertisement for blackface makeup and a rusted sign for segregated restrooms.

"Critical race theory is exactly what I'm doing," el-Hakim said, referring to the theory that racism is embedded in institutions, a concept that has been attacked by conservatives across the country in recent months.

After Intense Debate, Essex Westford School Board Approves Equity Policy
By Alison Novak
Off Message
"A Black history museum like this is created because museum institutions are not representing Black people, Black history, Black narratives," el-Hakim said, adding that "it's kind of hard to share some of it, but my thing is that we should be honest about the history."

At Champlain Elementary School on Pine Street, Alganesh Michael ladled steaming portions of lentils, collard greens and spicy beef atop injera, an Ethiopian flatbread, as a crowd gathered under graying skies. Michael is the proprietor of A Taste of Abyssinia, a catering business that serves up dishes from her native northern Africa.

The city has "been working on this for a long time ... so it's just a beautiful thing that it came all together," she said. "It's a milestone."

Back in City Hall Park, Green said she could feel joy emanating from the crowd. For Green, one of the city's two Black department heads, the event was not just professional achievement — it was also personal.

"This is the first time since I've been here that I really feel like I belong," she said.
Prev
Next