Entrepreneur Will Raap, the founder of Gardener’s Supply and the Intervale Center, is purchasing Nordic Farms, a roughly 600-acre former dairy farm on Route 7 in Charlotte, he said last week.

Raap, 72, has an ambitious vision for the site. In collaboration with partners, he intends to build an agriculture center that showcases Vermont grains, botanicals and beverages on a working farm that produces these goods.

Envisioned as an “ecosystem” of enterprises, the project would encompass private businesses, nonprofit organizations and agricultural education. Shoreham-based WhistlePig Whiskey would have a tasting room and storage facility at the site , which would also be home to the Cyrus Pringle Museum. Named for the Charlotte-born, 19th-century botanist and grain breeder who cofounded Horsford Gardens & Nursery, the museum will focus on grains in the Green Mountain State. 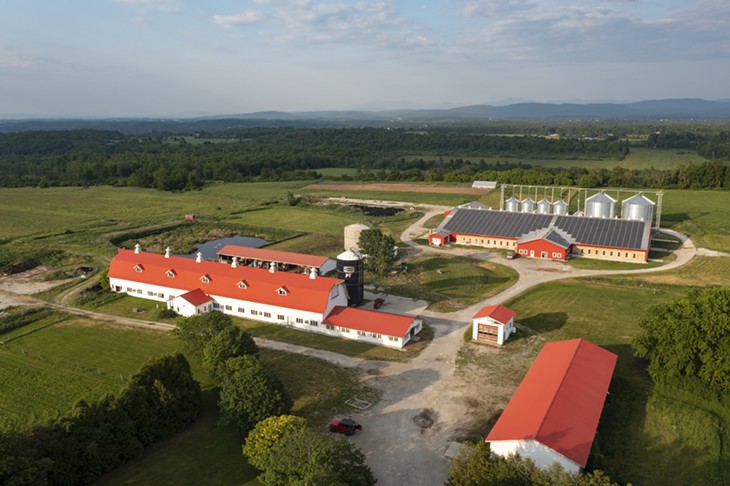 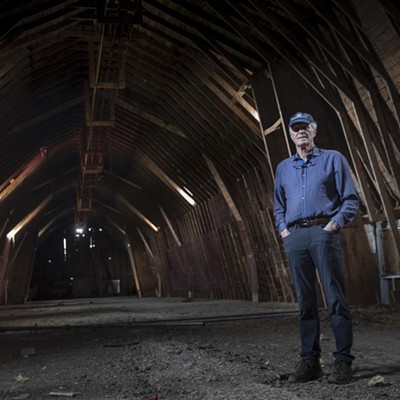 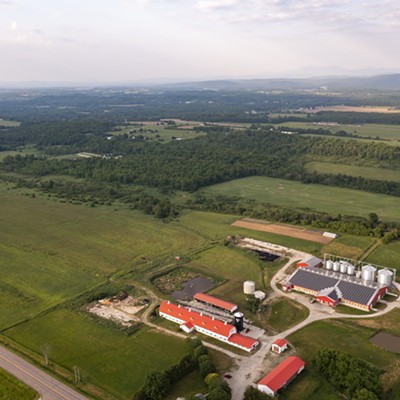 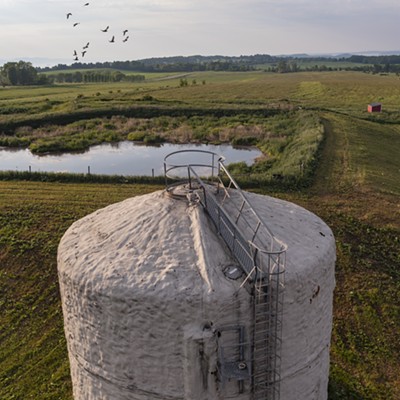 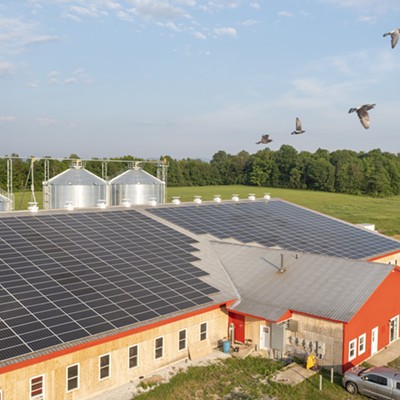 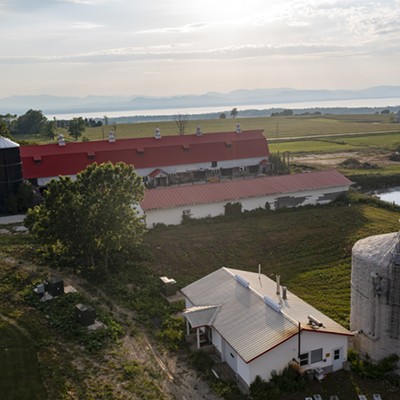 Nordic Farms in Charlotte
By James Buck
Click to View 7 slides
A set of demonstration gardens at the revamped Nordic Farms will highlight the work of Gardener’s Supply,  High Mowing Organic Seeds and Vermont Compost, according to Raap. The land will have walking trails and a migratory bird sanctuary.

“I’m excited about the next generation of possibilities in Vermont agricultural innovation, which is what I think we’re going to do here,” Raap said. “An ecosystem of businesses can be more successful if they are thoughtfully designed to be in relation with one another.”

Raap expects the deal will be finalized by the end of June. Andrew Peterson and Jay Canning, co-owners of the farm, confirmed the sale is in the works. “I am trying to do everything I can to get behind Will’s project and vision,” said Canning, owner of Hotel Vermont.

The purchase price of the conserved farm is roughly $4.4 million, for which Raap is getting a $3.75 million bank loan, he said. He’ll be the principal owner, working with a handful of investors. Raap also plans to raise money for the project, in particular the nonprofit component, through philanthropy and grants.

In its development phase, the project is called Nordic 3.0. This refers to the evolution of the property from dairy farm to malthouse (under Peterson) to its new multifaceted incarnation. Nordic 3.0’s team includes, so far, chief operating officer Kos Parulekar, who moved to Vermont from New York City during the pandemic, and facilities director Robin Jeffers, recently retired from a career in property management and real estate development at S.D. Ireland.

The centerpiece of the farm will be grain production, with additional crops including hemp, hops, vegetables and fruit. Grains grown at the farm will be malted and milled there. A hub able to produce, process and distribute grain would meet a growing need in Vermont, said University of Vermont agronomist Heather Darby. A soil and crop specialist and professor at UVM Extension, Darby has been working to diversify Vermont’s agricultural landscape through grains for more than a decade.

Grain centers similar to the one envisioned at Nordic Farms have been successful in Québec, she said. This would be Vermont's first.

The importance of strengthening Vermont’s food system was made plain during the pandemic, Darby said, when  Vermonters “got a glimpse of how fragile our food system is."

“How do we protect ourselves and our food needs into the future with an unstable climate?” Darby continued. “We need to be growing food around us and making sure that the farms that are here don’t become houses. That land is going to be critical to us.”

Noting that change is risky, Darby said the “time is ripe” and the opportunity is now for Vermont farmers to expand into grain production.

“Even though it’s Will Raap’s vision, in my mind it’s really critical to the long-term protection of our food system in Vermont,” Darby said. “It takes investment and somebody with the desire and passion to make that happen in a little state where, from a commodity model, we shouldn’t be growing grain.”

Alan Newman is, like Raap, a Vermont entrepreneur in his seventies. Most recently he purchased ArtsRiot on Pine Street, where he plans to build Burlington’s first distillery. A supporter of the Nordic Farms project, Newman suggested that the development of the Intervale 35 years ago, from a derelict dump to a flourishing urban agricultural center, might've been a “greater lift” in its day than Nordic 3.0 is today.

“Will has always been looking for how to create agribusinesses in situations that would invite great benefit to both the local economy and the Vermont economy,” Newman said.

The timeframe for the project is contingent on several factors, including permitting and financing, according to an outline of the plan. In the “aggressive and optimistic version,” renovation of the big red-roofed barn into a welcome center would be complete in spring 2023.

But by August of this year, planners said, there will be a farmer’s market at Nordic 3.0  that sells vegetables, flowers, baked goods, shrimp and beer. The products will come from businesses currently operating at the farm, including Sweet Sound Aquaculture, Slowfire Bakery, and House of Fermentology/Foam Brewers.

Larry Lewack, Charlotte’s town planner, said last week that he hadn’t seen  plans on paper related to the proposed next phase of Nordic Farms. Calling it a “high-profile site,” Lewack said it's important to the town that what's done is done right, and according to town regulations. A year into his position as planner, Lewack said his interest is keeping Charlotte “open to sustainable and appropriate development, whether [for] housing or business.”

Raap’s project, in fact, takes in both. One idea is to build a set of homes on the property for farmers who work there.

For Jeff Kozak,  CEO of WhistlePig, the possibilities at Nordic 3.0 are “super-interesting.” Consumers want to know where their grain, whiskey and botanicals are coming from, Kozak said.

“If you can showcase that and people can touch and feel what’s happening with value-added agriculture, it makes sense,” he said.

The scope of the project — from using old tires to build berms to enlarging the fire pond and stocking it with trout for recreational fishing — might seem overwhelming. But maybe that says more about the person who envisions Nordic 3.0 than it does about the work ahead.

“I think there have been enough entrepreneurs who have demonstrated that the impossible is only impossible to people who don’t see the path,” Newman said.