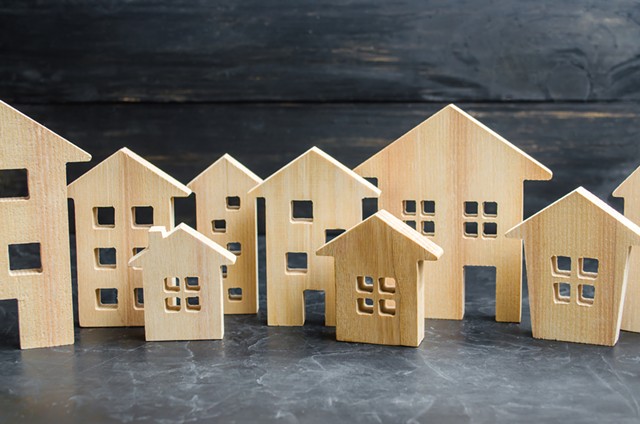 As a member of Vermont’s House of Representatives, Rep. Kelly Pajala (I-Londonderry) has participated in many hearings about the state's rental housing shortage.

Pajala, the Londonderry town clerk, also often hears from constituents unable to find a place they can afford.

Now Pajala faces her own housing crisis. The condo that she rents is up for sale, and she’s having trouble finding another place for her family to live.

As town clerk, she has to stay in Londonderry, a Windham County ski town. The county’s median listing price for a home has risen 14 percent in the last year, according to the Vermont Association of Realtors.

After nine years as town clerk, “I have a pretty good idea of where the rentals are,” said Pajala, the single mother of two boys ages 13 and 14. “And you know, there is just not a lot of options out there.”

Vermont’s housing crisis, long a topic of conversation in the legislature, took a new turn as out-of-staters started buying real estate during the pandemic. Nowadays, pleas for housing — for rent or for purchase — are a regular feature on Front Porch Forum and other classified sites. Many homes previously available for long-term rent have been converted in recent years to short-term rentals, adding to the difficulties for families who need a place to call home.

Bill to Establish a Vermont Rental Property Registry Falls Short — for Now
By Anne Wallace Allen
Off Message
The Windham & Windsor Housing Trust features an apartment search function on its website, and a search for a two-bedroom apartment in Londonderry — which is what Pajala would like to find — turns up zero results.

To Rep. Tom Stevens (D-Waterbury), a housing advocate, Pajala’s situation illustrates a problem he’s been trying to draw attention to for more than a decade. Now, with the state seeking new residents and offering to pay their moving expenses if they plan to work here, Stevens said the state needs to do more to bolster its housing stock.

“Think about what we are doing: We are inviting people to come to Vermont with incentives, but we’re not telling them there is very little housing for them,” he said. “There’s not a holistic picture going on with policies.”

Vermont Lawmakers Opt to Continue Funding Newcomers' Moving Expenses
By Anne Wallace Allen
Off Message
Stevens noted that House Republicans this year opposed a bill, S.79, that would have helped landlords to bring derelict apartments back into use. It also would have established a registry of short-term and long-term rentals, which advocates say would help the state contact landlords about health and safety regulations.

Like Stevens, Pajala said the problem is affecting people in much of the state.  She said she is talking about her own situation  publicly because she wants to draw attention to the issue. She’s been living in her nine-unit condo complex — a former farm — since 2014, and has talked with her landlord over the years about buying her place. But with her money still tied up in the aftermath of a divorce, she couldn’t apply for a mortgage, Pajala said. 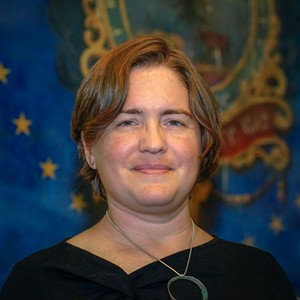 Over Memorial Day Weekend, a neighbor who has one vacation unit in the complex asked the landlord if he’d be willing to sell the apartment that Pajala and her sons occupy, and he asked Pajala to let him in to show it. It’s assessed at around $240,000.

As home prices soared over the last few years, Pajala said she’d known it was only a matter of time before her unit was sold; that was the goal of her landlord, Tom Ettinger. She doesn't blame him for her situation.

“He has been amazing to work with,” she said. “The fact that we have been able to live there I have always felt was a blessing, because it was a point in my life when I was going through a lot of change and upheaval.”

That said,  she also was upset that the neighbor had asked to see the condo over Memorial Day Weekend. She asked Ettinger to set up another time for a visit.

“He made them aware it was being lived in by a single mom with two children, and that alone doesn’t dissuade their interest,” she said. “That feels like I don’t matter a whole lot. But at the same time, I don’t own it, and I’m living there knowing the owner’s ultimate goal is to sell it.”

Ettinger didn’t respond to a phone message and an email seeking comment.

Pajala said Ettinger is honoring a provision of her original lease, never renewed, that gives her three months to find another place. She hasn’t been asked to leave — because the condo hasn’t been sold — but she expects she will be soon.

Once she heard about the interested buyer, Pajala said she started making calls to anyone in town who owns rentals. “Everything already has someone in it,” she said, adding that she knows of other families in town who are looking for a place to live. “In terms of long-term rentals, there is little to nothing available that is within an affordable range.”


Pajala said that as people in town have learned of her situation, some have contacted her with offers of short-term housing help. But for the sake of her family, she’s hoping to find something she can stay in for a long time.

Some Vermont lawmakers have tried for years to address the housing shortage. This year, after receiving more than $1 billion in federal coronavirus relief money, they put $190 million toward building and repairing homes.

Chris Donnelly, director of community relations for the Champlain Housing Trust, said he expects to see more money available in coming years for more apartments. But the bulk of that money goes to apartment construction in Chittenden County, where most of the state’s population lives.

With construction prices rising, and with a shortage of workers, Donnelly said it’s not yet clear how many units of housing the $190 million will create, or when. Among other things, the Champlain Housing Trust is supporting the construction of new apartment buildings in Winooski and Colchester, and is converting motels, as well as dorms at St. Michael’s College, into apartments.

For his part, Stevens — who is chair of the House Committee on General, Housing, and Military Affairs — hopes that S.79 gets another chance at passage, either at the legislature's upcoming veto session later this month, or when the body reconvenes in January. For now, Stevens is trying to help his son and his son's girlfriend find an apartment in central Vermont.

“I don’t think they understand how difficult and expensive it’s going to be,” he said.

“We have had decades of this growing housing problem in Vermont,” he said. “We can’t flip the switch and have it fixed overnight, but we can get on the right path.”
Prev
Next