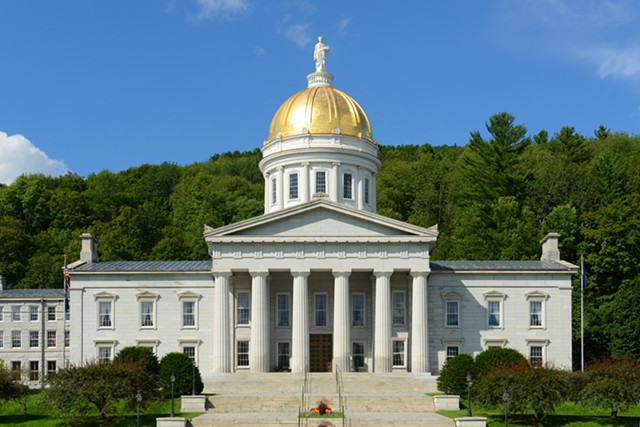 
“This is a lot of money going into the Vermont economy in a lot of ways,” Sen. Jane Kitchel (D-Caledonia) told colleagues shortly before the Senate passed what lawmakers refer to as the “big bill.”


That move, and a subsequent vote by the House, marked the last consequential action of the legislative session, after which lawmakers formally adjourned the first year of the biennium.

The close of the first — and likely last — fully-remote legislative session of the General Assembly was accompanied by congratulations from leaders for all they’ve accomplished this session.


"We demonstrated so clearly that we still have a healthy democracy here in the Green Mountain State, and soon we will all be back in the People’s House


Leaders in both the House and the Senate, as well as Gov. Phil Scott, showered members and Statehouse staff with praise for shepherding dozens of bills through the exhausting remote legislative process that the public could conveniently witness in all its minutiae from their computer screens.

Live video access to the legislative process will likely be one of the enduring legacies of the COVID-19 public health emergency in Vermont, as lawmakers expect video cameras in their committee rooms and chambers even after they go back to in-person legislating in January.

The session officially may be finished, but by no means are lawmakers off the hook until January. They could still be called back to try to override any vetoes Gov. Phil Scott may issue, though that seems unlikely. Many will also work on specific issues over the summer, including the pension crisis. Lawmakers may need to sign off later this year on unresolved matters, such as the fees for cannabis businesses gearing up for retail sales next year.

They may also have to come back in the fall if a promised federal infrastructure bill materializes and again showers the state in funds.

For now, however, lawmakers were relieved that the flurry of bills in the final days of the session was behind them and the summer away from their computer screens, for many at least, lay ahead.

The last-minute crunch of bills was significantly complicated by new guidance on how federal relief dollars could be spent. This included late-breaking news that $5 million set aside for dam safety could not be spent that way, and that much of the money intended for towns would have to be routed through counties first, details of which were still being ironed out.

“The landscape has changed very dramatically in terms of how those funds would flow,” Kitchel said.

At times, the $1 billion flood of stimulus funds from the American Rescue Plan Act was a windfall that lawmakers struggled to grasp.

“It used to be if you threw a dollar bill on the floor of the Appropriations Committee, we’d be wrestling over it,” Rep. Mary Hooper (D-Montpelier) told colleagues.

This year, however, the stimulus made debates less about whether a program could be funded, and more about which pots of money should be used — federal or state general fund — and how much. In most cases it became a mixture, with the stimulus dollars being steered mostly toward infrastructure investments.

Highlights include $150 million for the expansion of broadband to underserved rural areas and $190 million toward affordable housing, including $41 million to help transition homeless people from motels to more stable housing. Clean-water programs, including upgrades to wastewater systems and projects to reduce agricultural runoff, got a $120 million boost, while climate initiatives will receive $54 million. Higher education will receive an $89 million infusion while $66 million will go toward technology upgrades for a state whose systems buckled under the weight of new demands.

While a lot was packed into the budget bill, the House and Senate couldn’t work through their differences on several issues, pushing the debates off to next year. One of the last areas of disagreement that had threatened to hold up the budget was whether the state should pay more toward the soaring medical costs of retired teachers. Senators hoped to require the education fund to begin picking up more of that cost, but House members argued it was best to wait for the new pension task force to complete its work.

Several bills of note were decided in the final days:

Contractors Registry
Lawmakers decided to establish a registry for residential contractors, citing the high number of fraud complaints. Legislators said it was high time that the state began requiring contractors — who, unlike electricians and plumbers, do not need to have a license to do business — to at least register with the State of  Vermont  if they do residential jobs costing more than $2,500.

Contractors wouldn’t have to prove their competence, just pay a $75 fee every two years and write contracts for all work over $2,500. Sen. Chris Pearson (P/D-Chittenden) said he fully expects to get “endlessly ribbed for my nanny-state instincts” by his contractor friends for supporting the bill, but said it would protect consumers from bad actors.

Instead of trying to swallow state pension reform in one gulp, lawmakers decided to break the task into sips.

Workers rose up after a proposal that would have made them contribute more for less generous retirement benefits, and the plan fizzled. That led lawmakers to pass a law that changes the pensions' governance structure, and forms a 13-member summer task force to explore more controversial benefits changes.

The bill also calls for a legislative Pension Oversight Committee made up of three House members and three senators to make sure the state pension system doesn’t go “off the rails for a long period of time,” Rep. Sarah Copeland Hanzas (D-Bradford) told colleagues.

The bill combines two programs designed to attract workers to Vermont — the remote worker program and the new worker program — into a single incentive program paying workers' relocation expenses. Workers who move to Vermont would be reimbursed up to $5,000 in expenses to move to most parts of the state, or $7,500 to move to an economically disadvantaged area. Due to the influx of remote workers during the pandemic, grants to them will be paused until February 2022.


The budget includes additional measures to build the workforce, including a $1.4 million program through the Vermont State Colleges System to train nurses for long-term care facilities.

Legal sale of marijuana in Vermont is just around the corner, and lawmakers tweaked legislation governing what’s anticipated to be a booming retail market.
The biggest change was the elimination of a rule making retail pot sales

permissible by default in towns that didn’t opt out by March 8, 2023. Senators liked the idea, but House members didn’t want pot shops popping up in towns that never explicitly approved them. Another change eliminated the fee for the state’s review of proposed advertising, which will be highly restrictive.

The number of law enforcement officers who have to undergo special traffic-stop training was narrowed to patrol officers only, exempting cops unlikely to pull anybody over.

Schools will be required to test for radon and PCBs under two provisions passed by lawmakers in the wake of high-profile instances of toxins in schools. Following the discovery of PCBs at Burlington High School, lawmakers 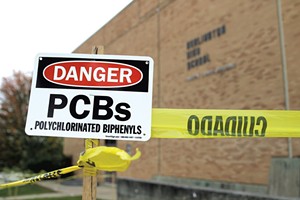 allocated $4.5 million to test for PCBs in all schools built before 1980. That’s about 450 schools — two-thirds of those in the state. They opted to require all schools that have not done a radon test in the past five years to complete one by June 1, 2023.

The legislature declared racism a public health emergency, finding that COVID-19 had highlighted systemic inequities and health disparities in the state. Lawmakers noted that COVID-19 infection rates were nearly 13 percent among people of color compared to 6 percent for white residents, and that two  outbreaks occurred in part because of people's housing situations.

“The fact that housing and working conditions increased the risk of COVID exposure for these individuals points to the intersectional impact of race and social determinants of health,” Sen. Ruth Hardy (D-Addison) said. The bill got some pushback from Sen. Russ Ingalls (R-Essex/Orleans) who argued that Vermont is not a racist state and its residents are generally free of bias.

“Vermonters care of only one thing — are you a good person?” Ingalls said.

Resolutions condemning anti-Asian and anti-Pacific Islander hate in the United States and honoring the memory of George Floyd by designating May 25, 2021, as a Day of Remembrance and Action also passed on the final day of the session.

One of the bills that got the most attention this session ended up getting pushed to next year. A bill to help towns revamp their zoning to allow more dense housing in downtowns ran afoul of clean water advocates. They worried that granting local governments sole approval power for new water and sewer hookups would result in overwhelmed waste systems. This, they argued, would lead to worsening sewer overflows that would further pollute the state’s rivers and lakes. Senators argued that fear was overblown, but House members chose clean streams over streamlining.
Prev
Next