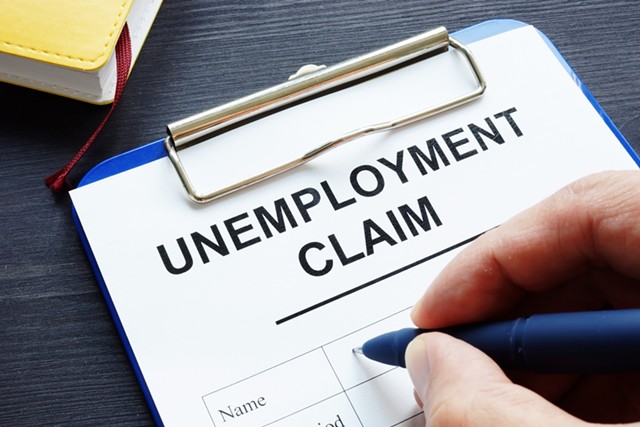 After months of discussion, the matter of how much Vermont employers will have to pay toward the state’s unemployment trust fund came down to some late-in-the-day changes to a bill that won unanimous approval in the House.

Employers will not face extra insurance charges if they laid off workers as a result of the pandemic in 2020. The bill, S.62, was sent Thursday to Gov. Phil Scott's desk for his signature.

Lawmakers and lobbyists started talking last October about how to charge employers under the state’s “experience rating” system, which effectively penalizes companies for laying off workers. The rating system charges employers high rates of unemployment insurance if they frequently lay off workers; the money goes to the state's unemployment trust fund, which is used for benefit payments.

In 2020, many companies laid off workers because the state ordered businesses to close to limit the spread of COVID-19. Employers and business groups had argued that businesses shouldn't see their insurance rates rise as a result of that anomalous year.

Worker advocates and some Senate lawmakers said removing 2020 from the calculation was a gift to employers.

"We ended up with substantial tax relief for employers going forward for the next 10 years," was how Sen. Alison Clarkson (D-Windsor), described it.

The unemployment trust fund dropped from $500 million to $200 million during the pandemic as thousands lost their jobs and claimed benefits. The bill also calls for a study on several aspects of Vermont's unemployment insurance system, including the amount of benefits claimants can now receive.

Unemployment Insurance Fraud Is the Latest Epidemic
By Anne Wallace Allen
Off Message
Rep. Charlie Kimbell (D-Woodstock), who owned a small business until last summer, said that without dropping 2020 from the experience rating calculation, some employers would have seen their unemployment insurance premiums double or triple. Holding companies liable for their layoffs last year would cost them $350 million, according to Sen. Michael Sirotkin (D-Chittenden), chair of the Senate Economic Development, Housing and General Affairs Committee.

That committee also sought to add $50 per week to unemployment checks for claimants who have children. House lawmakers reduced that to $25 per week for all claimants, effective when the $300 federal unemployment supplement expires in September.

Lake Champlain Chamber lobbyist Austin Davis described the $25 benefit payment — which is expected to cost $100 million in benefits over the next decade — as a “political cost of doing business," or a way of appeasing lawmakers who didn't want to remove 2020 from the experience rating calculation.

Sen. Clarkson was one of those who would like to see benefits rise. She said that the ultimate outcome seemed fair.

"We needed tax relief for our employers, many of whom have suffered substantial losses to their businesses," she said. "We ended up in a place where there is a modest benefit for those continuing on unemployment."

Business Groups: Unemployment Bill Would Worsen Labor Shortage
By Anne Wallace Allen
Off Message
The unemployment insurance bill also calls for state Auditor Doug Hoffer’s office to examine the problems behind widespread fraud attacks that are estimated to have cost the state Department of Labor millions of dollars.

Moving to Vermont? Proposal Would Make Payback for Expenses Permanent
By Anne Wallace Allen
Off Message
Policymakers still need to determine how big the state’s unemployment trust fund should be. Even with 2020 omitted, employers’ insurance payments are expected to build the trust fund up to about $688 million over the next decade, Kimbell said. If 2020 were considered, it would hit more than $1 billion over that period, he said.

Asked about the lengthy negotiations that went into crafting the bill, Sirotkin said the hours of work had paid off in the form of longer-term solutions to systemic problems in the unemployment insurance system.

“We worked together with our House counterparts on a win-win solution that gave help to both employers and the business community and to workers as well,” he said Thursday.

Correction, May 21, 2021: Due to an editing error, a previous version of this story misidentified the bill number.